Theme: Hospitality in a Changing World 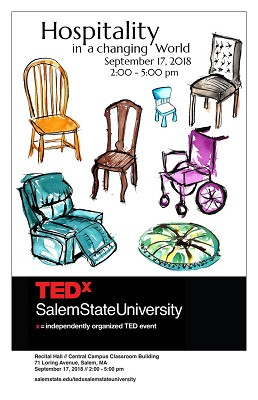 Eight Salem State University faculty members will present during the university's first ever TEDxSalemStateUniversity event. Our inaugural event’s theme is “Hospitality in a Changing World,” which connects to the city of Salem’s historical importance as a major hub for international commerce during the 17th and 18th centuries, as well as an emerging center of tourism in New England.

“Politics for Breakfast: What if We Applied the Principles of Hospitality to Political Discussions?” -- Elizabeth Coughlan, political science

“Your Mind in Motion: How Brains React to a Changing World” -- David Gow, psychology

“Hospital – We Only Need an ‘ity’ Bit to Be Hospitality” -- Amanda Shilo, nursing

Amanda Howerton-Orcutt is a sociologist and associate professor of criminal justice at Salem State University. She holds a PhD in Sociology from the University of New Hampshire. Her teaching and research interests focus on mental health, coping, resiliency and rehabilitation.

A native of Australia, Amanda Shilo is a registered nurse and part-time instructor of nursing at Salem State University. She specializes in Post Anesthetic Care and Nursing Education. She is currently pursuing her PhD and was awarded the Massachusetts Rhode Island League for Nursing Doctoral Studies Scholarship in 2017. Her research interest is the experience of men in nursing education, and as they enter the nursing workforce.

David Gow is a brain researcher at the Massachusetts General Hospital and a professor of psychology at Salem State University. With an eclectic background in psychology, linguistics, speech acoustics and cognitive neuroscience, Gow builds and uses analytic tools to gain deeper insight into the complex interplay between knowledge and perception in language understanding.

Elizabeth Coughlan is an associate professor of Political Science at Salem State University. She spent two years as a Fulbright Scholar in Warsaw, Poland, and has served as a member of the Inter-University Seminar on Armed Forces and Society since 1992. Her work on security issues in Europe has given way more recently to an exploration of the dynamics of group claims against liberal states in countries with longstanding minority groups, including the United States and Canada.

Joshua Adams is a writer, arts & culture journalist, and assistant professor of media and communication at Salem State University. From Chicago, Illinois, Joshua holds a B.A. in African American Studies from the University of Virginia and a Journalism M.A. from the University of Southern California. He's interested in learning about how technology affects and is affected by culture. His writings often explain current and historical cultural phenomenon by bringing them down to the personal.

Julie Batten is a visiting instructor at Salem State University and founder of the Glass House Shelter Project, a grassroots organization that brings college reading and writing courses into homeless shelters. She is the recipient of the Presidents’ Creative Economies grant from The University of Massachusetts Boston and co-editor of the forthcoming Shame: An Anthology, a collection of stories, essays and poems about shame.

Julie Kiernan is an assistant professor of theatre & speech communication at Salem State University where in 2016 she was awarded the Distinguished Teaching Award. As both an actress & educator, Julie has traveled and worked in a variety of places including Charleston SC, Los Angeles, San Francisco, Dominica, Bulgaria, and Monaco. She received her Master of Fine Arts from the University of California. Her research interests include theatre pedagogy, value-creation education, building intercultural competence, and creativity.

Roopika Risam is an assistant professor of English at Salem State University. She is the author of New Digital Worlds: Postcolonial Digital Humanities in Theory, Praxis, and Pedagogy (Northwestern University Press, 2018). She was recently honored with the Massachusetts Library Association’s first ever “Civil Liberties Champion Award” in recognition of her work in promoting equity and justice in the digital cultural record. 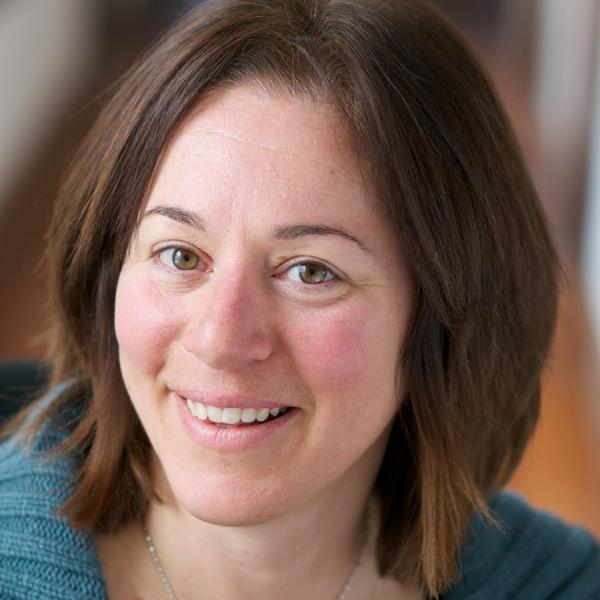