Theme: At the Edge

Focused on the theme "At the Edge," speakers and performers will push us to think past our traditional boundaries to find new ideas, new perceptions, and new ways to be active in our communities and our world.

Alan Whitaker is a technologist seeking more productive cooperation between humans and machines. He is the founder of Department 24c, where digital makers apply emerging technology and AI to build smarter products. The Department employs methods like natural language interfaces and quantitative decision-making, informed by experiential data as well as human expertise. Previously Alan served as a Fortune 500 CTO building global data flows for clients including UPS, UnitedHealthcare, MetLife, Aetna, and General Motors. He co-founded a digital marketing company, then founded and led a data science company, Red Brain Labs, which helped large enterprises make better realtime decisions. After this was acquired by healthcare research firm Savvysherpa, Alan led prototyping efforts as a principal there. He’s hooked on adventure travel with the family, attempting to run unusual distances in the mountains, and collecting visual evidence of life on earth.

Collin Kartchner is a local internet crusader, youth advocate, and social activist spreading education and awareness on the negative effects of social media and screen addiction on our mental and emotional health. In 2017, Collin started a parody Instagram account where he posed as a social media influencer obsessed with fame, likes, diet soda, plastic surgery, and used humor to shed light on how Instagram influencers perpetuate a culture of toxic perfectionism. His account grew to over 60,000 dedicated followers and he now travels across the state and country speaking to teens, parents, educators, and communities about how social media, specifically the correlation between teen social media and screen-time addiction and the epidemic spike in teen anxiety, depression, and suicide. Collin started a nationwide movement to #SavetheKids and #SavetheParents. Collin and his wife, Liz, live in Pleasant Grove with their unplugged 4 kids and an enormous dog, Tuque.

Born into a biracial family, Collin quickly realized he had to embrace diversity or go crazy. Choosing the former (the jury’s still out on the crazy part), he learned to develop a unique brand of dark standup. Collin’s humor manages to artfully touch on areas usually considered taboo, letting him cover topics that most are afraid to tackle His unique adoption of dark comedy has allowed him to preview and perform his show "My Suicide Note" across North America and Europe at clubs, colleges, and even a stadium. His humor proves irresistible to audiences, earning him a position as Niantic’s lead live broadcaster for 2016, a nomination as one of Utah’s top comedians, and various other accolades. His full website for comedy, music, photography and augmented reality coverage can be found at comiccollin.com.

Professor of Psychology and Gender Studies

Lisa Diamond is Professor of Psychology and Gender Studies at the University of Utah. She studies the expression of sexual attractions and sexual identity over the lifetime, and the influences of early life experiences on later sexual development. Dr. Diamond is known for her research on sexual fluidity, which describes the capacity for individuals to experience shifts in their pattern of same-sex and other-sex attractions over time. Dr. Diamond is co-editor of the APA Handbook of Sexuality and Psychology and is a fellow of two divisions of the APA. Dr. Diamond has published over 100 articles and book chapters, and has been invited to present her research all over the world. She has received awards from the Developmental Psychology and LGBT Psychology Divisions of the APA, the American Association of University Women, the International Association for Relationship Research, the Society for the Scientific Study of Sexuality, and the Society for the Psychological Study of Social Issues.

Dr. Sujatha Sampath is a physicist working in interdisciplinary areas of nano-scale physics, bio-physics & advanced materials. Her research focuses on understanding molecular and nanoscale structure and how specific molecular arrangements lead to interesting properties in natural and engineered materials. Her expertise is in synchrotron x-ray and neutron techniques to probe molecular structure. Dr. Sampath has worked at Argonne National Laboratory and led multi-institutional research programs in spider-silk based bio-materials, technological energy storage and polymeric drug-delivery materials. Her research findings have appeared in leading scientific journals and featured on PBS-NOVA. Dr. Sampath is a two-time recipient of the Mildred Blewett Fellowship awarded by the American Physical Society. She is a strong proponent of increasing STEM awareness and science outreach, has served as a member of the United States Delegation for a Global Summit for Women Physicists.

Jesse Hyde is the projects editor at the Deseret News. He is also a regular contributor to Rolling Stone and has written for GQ, The Atlantic, Slate, Men's Journal, and BuzzFeed. He has reported on famine in Africa, drug runners in Canada, and a mysterious colony of twins in South America. Jesse has a master's degree in journalism from Columbia University.

Joshua Brothers is affectionately referred to as “The Teach in the Sneaks” by his students because of his habit of wearing sneakers with his dress pants in the classroom. His desire to promote better teaching has led him to speak, teach, and train at school districts, businesses and leadership conferences across the Wasatch Front. Joshua firmly believes that teaching requires two things: a teacher and a student. And when they learn to communicate in a compassionate and human way—prospects for success with both parties tend to skyrocket. Joshua enjoys reveling in the outdoors with his wife, KC, and their two dogs, Huck and Finn.

Lyn Christian is a visual thinker, a connector-of-dots, the channel who hands you the very words you need when you need to hear them. She challenges her clients to escape mediocrity and be more strong, focused and true. In addition to certifying in Conversational Intelligence®, Lyn holds the Gold Standard in coaching - M.C.C. designation (Master Certified Coach from the International Coach Federation). Coaching since 1998, she is certified in Marshall Goldsmith’s elite Stakeholder Centered Coaching, is a Franklin Covey Certified Coach and Certified mBIT Coach (Multiple Brain Integration). Lyn is the former Director of Innovation at Franklin Covey Coaching and former ambassador for the WABC (World Association for Business Coaches). She currently contributes to the WWC (World-Wide Coaching e-zine published out of Amsterdam). She also co-produces the What’s Your Conversational Intelligence® Podcast with Judith E. Glaser.

Dentist with the soul of a Tooth Fairy

Marielle is a dentist with the soul of a Tooth Fairy. She is an explorer engaged in the complex discovery of how community can contribute to oral health as part of its fabric of caring. Marielle is an architect enabling others to build and develop new oral health support systems. As a speaker, Marielle connects teeth to body and mouth to health in a uniquely engaging way. Her core belief: oral health is a fundamental human right. Her vision: a cavity-free future.

Mohan Sudabattula is an undergraduate student at the University of Utah pursuing honors in Biology, Philosophy, and Health, Society and Policy. He is the Founder and Executive Director of Project Embrace, an international medical nonprofit dedicated to the reduction of global health disparities and promotion of sustainable health care practices. Mohan has presented at numerous professional and academic conferences, including on the stages of the University of Utah, Johns Hopkins, and Stanford’s School of Medicine, the Utah State Legislature, and at St. Hugh’s College at the University of Oxford. Mohan’s advocacy to increase access to healthcare in developing communities--both locally and abroad--have provided him a comprehensive understanding of the challenges both individuals and communities face in providing quality health care services to those in need. After graduation, Mohan intends to pursue his passion for the advancement of health and human rights as a public servant.

Neylan is co-founder and CEO of Better Days 2020 (www.betterdays2020.org), which popularizes Utah women's history in preparation for the 150th anniversary of women first voting in Utah (the first women to vote in the modern nation) and the centennial of the 19th Amendment. Neylan hails originally from the East Coast where she was raised in New York City and attended Yale University. A move west resulted in a career as a digital marketer at the largest (Walmart.com) and smallest (Tea Collection) retailers in Silicon Valley. Neylan’s past positions also include CMO for Brain Chase Productions, an educational technology startup, and brand strategist for Bonneville Communications, the advertising agency responsible for Mormon.org and the I'm A Mormon campaign. Neylan is the founder of the Mormon Women Project (www.mormonwomen.com), a nonprofit dedicated to mobilizing Mormon women by telling their stories and exploring opportunities for increasing their voice within the church institution.

What can the people at the edges of society teach us about ourselves? About Love? Cultivated through a life of connecting with people at the edges of our community, Nicole shares a message of unconditional love and acceptance. She has an insatiable curiosity about people, how we think and how we work, especially those outside the boundaries of cultural norms and programming. It’s this desire to truly SEE people that led Nicole to a vibrant career in the sex industry. Drawing from 18 years in sex work, Nicole observes noteworthy patterns of human behavior, especially those of the most vulnerable demographics, while providing a space for them to experience authentic connection without judgment. Bringing to the public dialog a call to shift societal expectations and address our own biases, Nicole speaks out about how we unintentionally create a fearful and angry society, and how we can shift back into curiosity, balance, and love.

Scarlet Foxx Entertainment presents talented performing artists for public and private events. We are based in Salt Lake City, UT and perform worldwide. Scarlet Foxx showcases renowned aerialists, contortionists, hand balancers, go-go dancers, as well as special appearances by Utah's best fire performance troupe, The Smoke Show Fire Co. Each performer is selected based on their unique skills to bring your imagination to life This video features Zoe Brown on the aerial lyra, and Kati Rodzon on the aerial hammock.

Steve Shillingford is an entrepreneur, technologist and cyber security expert. He is Founder and CEO of Anonyome Labs, maker of MySudo. A reformed data miner, Steve is a staunch consumer privacy advocate with more than 25 years of experience driving innovation and growth at industry-leading technology companies. Prior to founding Anonyome Labs in 2014, Steve served as President and CEO of Solera Networks, which was instrumental in defending enterprise and government organizations against zero-day attacks and advanced persistent threats. Steve has a B.S. in Psychology with Honors from Brigham Young University and MBAs from Columbia University Business School and University of California at Berkeley. As an industry expert on data mining, cybersecurity and identity management, Steve has appeared on CNN, Fox News, and the Kim Komando show, where he speaks about privacy, big data, advanced threat protection, and security intelligence and analytics.

For over 20 years, the non-profit Wasatch Tango Club has been engaged in a mission to bring great tango to the Salt Lake Valley. The club is run entirely by volunteers who endeavor to preserve the music, dance, and culture of Argentine tango while encouraging growth and fostering deep connections between people who love tango. This performance was dedicated to the memory of Jenna Rosenberg, a TEDxSaltLakeCity volunteer and tango enthusiast who was taken by a tragic accident in the prime of her life. In a series of 3 dances, Wasatch Tango Club explores the emotional range of tango, from inconsolable grief to joy and exuberance to the warm glow of nostalgia and healing memories. 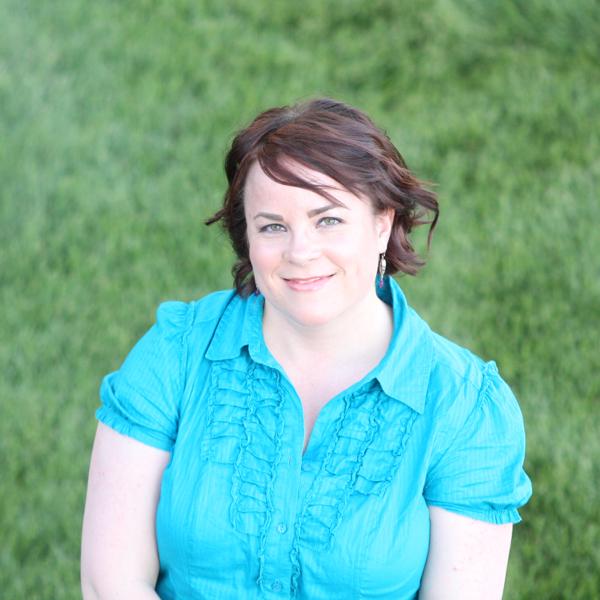