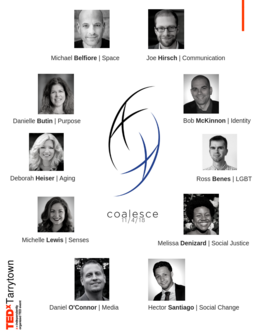 Bob McKinnon is an author, social entrepreneur and adjunct professor at the Parsons School of Design Strategies. He currently serves as Director of the Moving Up Media Lab, which is helping people realize and appreciate the many invisible factors that make the American Dream possible. Their most recent initiative, Your American Dream Score, has led over a half-million people to discover what factors helped or hindered their own efforts in life. The project has already inspired civics curriculum developed by PBS Learning, diversity workshops, a soon to be released children's book and most importantly better conversations between people of different backgrounds.

Dan O'Connor is currently on a quest to transform our media and the way we consume news -- by humanizing it. Our news media has a tremendous impact on our lives and the way we view the world -- we're harnessing this energy and transforming it for a much more positive impact than our current media system. People who join our platform set examples for the world: don't prejudge...don't take what you see at face value...lets talk through our differences...lets come to truly understand the perspectives of others...lets forgive others and acknowledge that we're all imperfect....lets own up to our mistakes and learn from them....and improve ourselves after we learn

Founder and Executive Director of the Afya Foundation

Danielle Butin, MPH, OTR is the Founder and Executive Director of the Afya Foundation, a medical supply recovery organization located in Yonkers, NY. Since its inception in late 2007, Afya has shipped several hundred 40-foot containers packed with recovered humanitarian and medical supplies to more than seventy countries globally. In 2014, the New York State Senate recognized Ms. Butin as a Woman of Distinction for her role in using local medical resources and volunteers to promote global health. In 2017, she was presented with the Woman of Distinction Award from the City of Yonkers. She served as a board member for the National HMO Workgroup on Care Management for 8 years and continues to serve on the advisory board for Practice Change Fellows, a grant sponsored mentoring program to develop national leaders in geriatric care.She is currently an adjunct faculty member at Columbia University.

Deborah Heiser, PhD is an Applied Developmental Psychologist and has conducted award-winning research, has collaborated with notable institutions such as Columbia University, Pfizer, NIA/NIH, and New York State Department of Health. Deborah is currently Founder of The Mentor Project. She is also an Adjunct Professor at SUNY Old Westbury in New York, a Coach, consultant with corporations, and is a frequent speaker and media expert in print, the web, and radio.

Hector Santiago is a local activist, mentor, motivational speaker and urban program developer. He is a lifelong Yonkers resident and student at the College of Mount Saint Vincent, to which he received a full Presidential scholarship. Hector is best known for founding the “Stop and Shake” initiative that encourages members of the community to avoid miscommunication with police officers. The initiative allows both parties to establish positive relationships amongst one another by taking a moment to say “hello” and/or by offering a simple handshake. The movement originated in Yonkers, NY and has spread to neighboring cities, such as Mount Vernon. It has attracted the interest of the Metropolitan area and is currently being implemented throughout New York City, successfully improving relations between neighborhood residents and patrolling police officers. He believes that if we all work together as a community, we can help build a brighter and safer future for everyone.

Joe Hirsch specializes in helping schools and businesses master the art and science of high-performance feedback. An award-winning educator and instructional leader, Joe has spent more than a decade in the K-12 and higher-ed markets training, coaching and empowering teachers and school administrators for success. Based on his 2017 book, The Feedback Fix, Joe has shown clients like the Gates Foundation and members of the U.S. armed forces how to boost creativity, foster collaboration and deepen self-awareness. His work has appeared in the Wall Street Journal, Inc., Educational Leadership, and other major outlets.

Melissa Denizard (she/her/hers), currently resides in New York, but is a proud native of Haiti. Melissa is a student at Babson College and is majoring in Entrepreneurship. She has been breathing activism since high school; since then, she has founded and pursued several grassroots campaigns that pushed to have conversations about racism, sexism, homophobia, classism, and Black culture. Melissa is also a self-taught filmmaker and blogger and is currently building a platform on YouTube that is dedicated to telling stories authentically. On her YouTube channel and personal blog, Melissa dissects pop culture and politics through the scope of social justice. Since creating her YouTube channel in August of 2017, she has been featured on Brut Media and Refinery29. Melissa’s ultimate goal is to encourage others to tell their stories; she believes that storytelling is an integral aspect of activism and hopes to interweave that into contemporary social justice initiatives.

Michael is an author and journalist covering the technologies shaping our future. He has written for Bloomberg Businessweek,The New York Times,Popular Science and many other media outlets. He is an International Aerospace Journalist of the Year Award finalist and a recipient of the Space Frontier Foundation’s NewSpace Award for outstanding journalism. In addition, Michael has appeared as a commentator on Bloomberg Radio and TV, CNN, NPR, and other radio and TV outlets.His book Rocketeers: How a Visionary Band of Business Leaders, Engineers, and Pilots Is Boldly Privatizing Space is the first to chronicle the birth of the commercial space age. In 2017 it was optioned for a possible TV series by NBCUniversal. His book The Department of Mad Scientists: How DARPA Is Remaking Our World, from the Internet to Artificial Limbs is the first to go behind the scenes at the Pentagon agency that gave us the Internet,the first satellite positioning system,and many other innovations.

Michelle Lewis is a self-made entrepreneur, podcast host and bestselling author. Her background is in film and television, having grown up on films sets which led to her directing, acting and producing for over ten years. She’s brought that training online, helping brands skyrocket their visibility with Hollywood techniques. Michelle is also competitive horseback rider and proud pug owner. Instagram: http://instagram.com/visibilityvixen, FB: http://Facebook.com/michellelewiscoach, Twitter: http://twitter.com/Visibilityvixen, Pinterest: http://Pinterest.com/visibilityvixen www.visibilityvixen.com Favorite TEDx talk: How to use a paper towel | Joe Smith | TEDxConcordiaUPortland

For Orit Dahari, music has always been an ally, and a medium for self-expression. Although she started as a classically trained singer, Orit's musical identity evolves as she boldly negotiates through, and challenges, genre boundaries. Her original music echoes of folk, indie and soft rock. She draws inspiration from the dramatic and flawless musical phrasing of opera singers like Maria Callas, Mirella Freni and Renee Fleming, as well as from contemporary musicians like Van Morrison, Rufus Wainwright, Joan Baez and Leonard Cohen. A graduate of Columbia University, NYC, she is preparing for a Master's Degree in music composition

Ross Benes is the author of Turned On: A Mind-Blowing Investigation Into How Sex Has Shaped Our World, which has been called "Freakonomics without pants." He’s currently working on a book about how the cultural changes he experienced growing up in small-town Nebraska became reflected across American politics. Benes has written for The Wall Street Journal, Esquire, The Nation, World Policy Journal, Vice, Refinery29, New York magazine, Entertainment Weekly, and Rolling Stone. www.rossbenes.com Twitter: @RossBenes 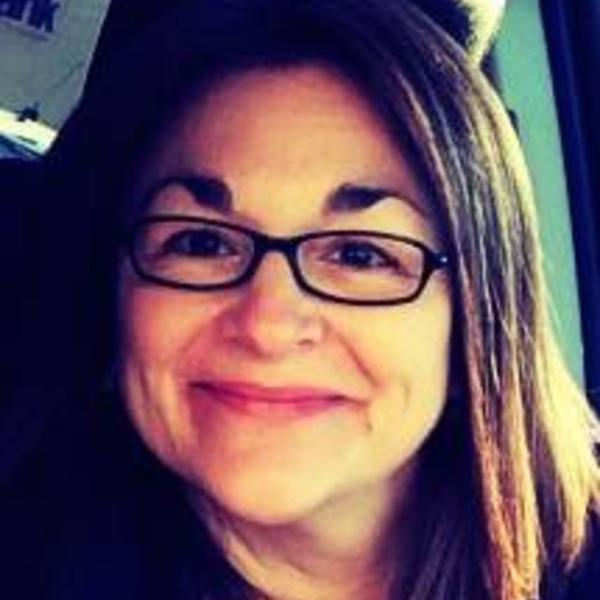 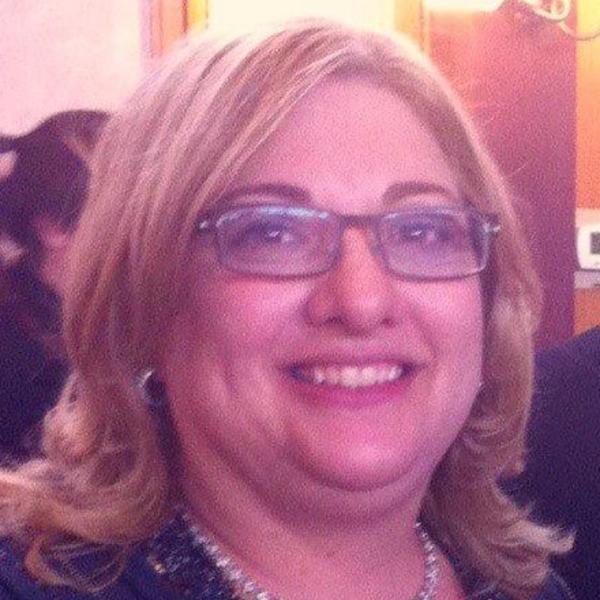