Lost in translation but driven by passion, finding initiative but deprived of expression, we all have times in our lives where we feel neither lost nor found.
The challenges and opportunities accompanying our milestones can blur our purpose and create a fork in the road. Allowing ourselves to learn from others' journeys and be guided by past experiences can steer us away from distractions and seek for reflection, ultimately helping us make the decision before us until another one arises in our path.
Together, with more in common than what meets the eye, we're here to recognize the dreams turned adventures, the innovations driven by motivation, and everything in between.

Ms. Amy Chan Lim Chee, BEM, JP is undoubtedly a familiar name in Hong Kong sports scene. As a member of the Hong Kong badminton team, she has achieved numerous honours in global competitions including a Bronze medal at the 1998 Summer Olympics and a Gold medal at the Commonwealth Games 1990. In 2006, she became the first female Headmistress of The Hong Kong Jockey Club Apprentice Jockeys’ School which trains and develops future racing stars.

Cesar Harada is a French-Japanese environmentalist, inventor and entrepreneur based in Hong Kong. Director of Scoutbots (LTD in HK), Makerbay (LTD in HK) CEO of Protei (INC C corp in the USA). Cesar has dedicated his life to explore and protect the ocean with open technologies. Protei is a shape-shifting sailing robot, a wind-powered maritime drone that is remotely controlled or automated that will collect ocean data or transport clean-up equipment. Cesar is a Former MIT project leader, TED Senior Fellow, GOOD 100, IBM Figure of Progress, Unreasonable at Sea Fellow, Shuttleworth foundation and Ocean Exchange grantee. Cesar won the Ars Electronica Golden Nica [NEXT IDEA] with his Master graduation project from the Royal College of Arts, London. Cesar has been teaching Masters in Design & Environment at the Goldsmiths University of London, Versailles architecture School in France and lectured around the world.

Dr. Gregory Mak first graduated from MBBS in HKU in 2003, and has since then arduously pursued his interest in the psychiatric field, earning his Masters in Research in Medicine in the same year and qualifying as a psychiatrist in 2011 upon receiving his FHKCPsych and FHKAM (Psychiatry). Whilst he specializes in helping a variety of patients with psychiatric disorders, he is most well-known as one of the foremost experts in the diagnosis of transgender individuals (Gender Identity Disorder), hoping to shed light on this still very stigmatized group of individuals from a psychiatric perspective.

‘Judy’ Pui Kwan Kan is currently the Acting Executive Director of HER Fund, a non-government organization in Hong Kong that promotes social equality, human rights and women empowerment through capacity building, philanthropy education and grants awarding. Judy received her bachelor’s degree in Psychology at Ohio University and a diploma in Social Work at City University in Hong Kong. Furthermore, Judy has been actively engaged in delivering notable talks in several symposiums such as the Asia Pacific Forum in 2014 where she talked about “New Resources, Sources, Discourses: The Future of Resource Mobilisation for Feminist Movements in Asia and the Pacific.”

It all started when founder Katharina left her little home village on the border between Austria and Hungary to venture into the world as an industrial designer. She ended up in Hong Kong where she realized that most of the food there was imported and almost no one knew where it came from. That´s why she started to investigate the current food system and looked into alternatives. Her first project and design was called „Farm432“ and was a design for rearing the black soldier fly larvae (won Red Dot Design Award!) and Farm432 Beta, manufactured in a small trial run. After more prototyping and a Beta manufacturing trial for a research institute in Malaysia in 2015 she founded a new company, Livin Farms, dedicated only to growing edible insects. In 2015, the team joined the HAX accelerator program in Shenzhen (China), the world´s first and largest hardware accelerator program. Supported by HAX, the Kickstarter campaign followed and a tour around the world to demo the Hive™ to people all over the US, Europe and Asia.

513 days, 24 countries and 25,000 km… The Hong Kong born and raised post-80s, Linus Cheng, successfully completed his bike ride journey on 8th October 2017, from Tai Po to Cape of Good Hope in South Africa! Linus is one of the authors at Lonely Planet and has always loved travelling. He did working holiday in Australia, volunteered at Japan’s 311 Earthquake, visited the orphanage at Tanzania…

Mary Osofisan is a 3rd year Law Student from the University of Essex, studying at CUHK for an exchange year. Her participation in the Common Purpose Programme (whilst here in Hong Kong), and, serving as member of the Hackney Youth Parliament whilst in Sixth – Form, is evidence of her passion for community and social change. Hearing about the incidents on campus has stirred up a passion, a motivation for her to speak on this issue which has been brushed under the carpet for too long.

Leading a team of creators for Merchandising, Brand and Retail Marketing for adidas Brands, Badge of Sport, Originals and NEO. Privileged to inspire a team and culture that is obsessed with the consumer from product selection to retail and brand experiences within Hong Kong. Charged with delivering the marketing strategic plans in line with our global strategic business plan and enabling the team to bring these to life in the Hong Kong market.

He's a photographer and photo-editor who produces interesting and surreal pieces of work with Hong Kong as the backdrop. According to HKFP, Tommy F is a photographer and Photoshop master who specialises in creating unusual, absurd and surreal situations from the Hong Kong landscape. (https://www.hongkongfp.com/2017/09/03/hkfp-lens-photoshop-masters-surreal-take-hong-kong-part-4/)

Winson Leung was first diagnosed with lymphoma in Primary 1, and whilst chemotherapy ushered his rapid recovery, he fell victim to cancer remission just 2 years later. Diagnosed with leukaemia, he underwent chemotherapy and radiotherapy to no avail, until finally recovering after receiving bone marrow transplantation. Winson has since then joined the Children Cancer Foundation, helping as a volunteer for children under similar circumstances, and has given many talks about his experience amidst the physical turmoil during cancer, and the various challenges he has faced after recovery. In 2015, he was accepted into HKBU science, but declined this opportunity for an associates in health studies to pursue his dream of becoming a healthcare professional. He is currently in his 3rd year of his Bachelor of Nursing in CUHK. 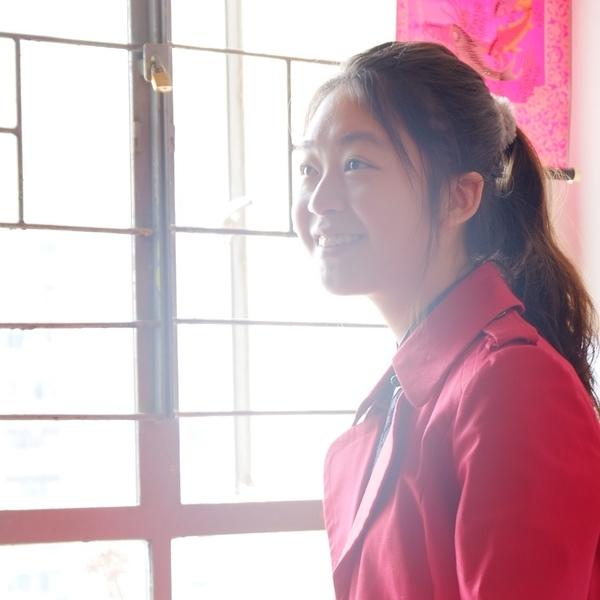