The notion of Chaos today is synonym to confusion and disorder. In the past though, ancient Greek Philosophers, thought highly of Chaos and considered it fundamental to the creation of Cosmos, that is, the Universe. Chaos was the original matter that transformed the "abnormal" uniformity of nature into "normal" diversity.

We witness Chaos in its scientific meaning in numerous situations in everyday life: smoke rising up smoothly into the air and suddenly vanishing, unexpected traffic in a Highway road, irregular leaking of a tap, inexplicable fluctuations of the Stock Market Index and many more instances explained mostly by this Theory of Chaos.

Chaos resides in our daily routine. No matter how hard we fight for harmony and well-being in our life, we frequently face hardships and difficulties that break the order.

This year's TEDxNTUA makes an attempt to apply the Theory of Chaos to our individual quest for orderly life.

Co-founder and CEO of Innoetics

Dr. Aimilios Chalamandaris is a co-founder and CEO of Innoetics. He holds a BA and a PhD in Electrical and Computer Engineering from the NTUA, as well as a master’s degree in Telecommunications and Digital Signal Processing from the Imperial College of London. He has authored more than 30 original scientific papers, and is one of the founding members of the team, which developed one of the world’s leading synthetic speech technologies. From 2008 until today, as CEO of the company, he has led to the establishment of Innoetics as one of the most important companies of synthetic speech internationally, culminating in its acquisition by Samsung Electronics in 2017.

Caroline Bos studied History of Art at Birkbeck College of the University of London and Urban and Regional Planning at the Faculty of Geosciences, University of Utrecht. In 1988 she co- founded Van Berkel & Bos Architectuurbureau with the architect Ben van Berkel, extending her theoretical and writing projects to the practice of architecture. In 1998 Caroline Bos co-founded UNStudio (United Net). UNStudio presents itself as a network of specialists in architecture, urban development and infrastructure. Realized projects include the Erasmus Bridge in Rotterdam, the Mercedes-Benz Museum in Stuttgart and Arnhem Central Station in the Netherlands. Caroline Bos has taught as a guest lecturer at Princeton University, the Berlage Institute in Rotterdam, the Academy of Fine Arts in Vienna and the Academy of Architecture in Arnhem. In 2012 she was awarded an Honorary Professorship at the University of Melbourne’s Faculty of Architecture, Building and Planning.

In her distinguished 40-year career Dimitra Galani has made a great contribution to Greek music and culture. She is an exceptional artist, a serious and dignified presence in our country’s music scene. Her enduring cross-generational appeal is based on her unique voice, inherent musicality, powerful stage presence and peerless ability to interpret material by top Greek composers and lyricists, such as Manos Hadjidakis, Mikis Theodorakis, Vassilis Tsitsanis, Manos Loizos, a.o. In her continuing thirst for information and keen interest for everything new, she tries to keep abreast of current musical trends in Greece and elsewhere. During her long career she has occasionally taken the role of the producer, introducing several young songwriters to the public. Additionally, she has written songs for other singers, as well as music for film, television and the theatre, and won multiple awards in music contests and annual festivals.

PhD student in cryptography and blockchains

Dionysis is a PhD student in cryptography and blockchain technologies at the University of Athens. He holds an Electrical and Computer Engineering degree from the National Technical University of Athens. He is a security and software engineer by training. His professional experience includes working for DeviantArt in Los Angeles, the Incident Response Development team at Google in Zurich and the Product Security team of Twitter in San Francisco. He has founded several start-ups in various fields from social networking to video game development. He is the co-founder of OpenBazaar, the first cryptocurrency-based anonymous decentralized marketplace. His research interests include blockchain foundations, provable security of the permissionless consensus layer, decentralized trust, and compression security. He has published and presented at world-class conferences such as Black Hat and Financial Crypto.

Ioanna uses the startup mentality to reimagine how social impact can be achieved. In 2015, she became involved in the refugee crisis in Greece as a volunteer aid coordinator. She then launched Campfire Innovation, an organisation building an ecosystem to develop more innovative solutions for refugee aid, from the grassroots up. Ioanna became a WEF Global Shaper in 2016. She was also a founding member of Reload Greece. She lived across Europe and the Middle East and holds degrees in History of Art (University College London) and a MA in International Cultural Policy & Management (University of Warwick).

Michael Styllas was attracted to the mountains from a very young age. This, gradually led him to fall in love with the science of Geology. He holds a PhD diploma in Geology from Aristotle University of Thessaloniki and his MSc in Oceanography-Marine Geology from Oregon State University. He works as an external geologist for a company with which has realized numerous geophysical, geotechnical and geoarchaeological projects, and has participated in four EU-funded projects. As an independent researcher he studied the evolution of glaciers and the climate on Mount Olympus in Greece, during a project funded by John S. Latsis Foundation in cooperation with the French National research institute CEREGE . He spends most of his time in the alpine refuge “Christos Kakkalos” on Mount Olympus. He has climbed extensively on the mountains of Greece, as well as on the highest peaks of the world. He was a member of the first successful Greek expedition that stood on the summit of Mount Everest.

Natassa Lianou and Ermis Chalvatzis are directors of Lianou Chalvatzis Architects (LC-A), based in London. Through their practice they promote their vision about “Smart Design Elegance” as they call their philosophy and design process. They design efficient architectural solutions to real-world problems, which respond and adapt to the current socio-economic environment of each place, time and constrains, connecting people and enabling social interaction. Efficiency, economy, sustainability, materiality and high-aesthetics are the key parameters in their design process. The practice’s work focuses οn commercial building projects, hotels, residential masterplans, and infrastructure schemes as well as high profile smaller scale designs, aiming to bring meaningful design to the everyday lives of a broader audience. Prior establishing their firm, they gained rich experience through their trajectory at Zaha Hadid Architects as Senior Architects.

Romy Lorenz is a cognitive neuroscientist with a multidisciplinary background in psychology and biomedical engineering. Currently, she is a Postdoctoral Research Fellow in the Computational, Cognitive and Clinical Neuroimaging Lab (C3NL) at Imperial College London. Her research interest lies in developing brain-computer interfaces (BCIs) and artificial intelligence (AI) using different neuroimaging techniques and by applying machine learning. Rather than looking at BCIs through the lens of assistive technology though, she is passionate about using BCIs as a new experimental paradigm in cognitive neuroscience. She received her PhD from Imperial College London where she have developed an “AI neuroscientist” – a novel BCI for optimizing experimental design by combining real-time fMRI with Bayesian optimization. Alongside her research, she is working as a co-director for AXNS, a curatorial collective interested in the intersection between neuroscience and art.

Dr. Sapsis is the Doherty Associate Professor of Mechanical Engineering at MIT, where he has been a faculty since 2013. He received a diploma in Naval Architecture and Marine Engineering from National Technical University of Athens, Greece and a Ph.D. in Mechanical Engineering from MIT. Before becoming a faculty at MIT he was appointed as Research Scientist at the Courant Institute of Mathematical Sciences at New York University. His research interests focus on the understanding of chaotic and turbulent dynamical systems by means of probabilistic methods. He is particularly interested on the prediction and quantification of extreme event phenomena in complex systems. He has received three Young Investigator Awards from Naval-, Army- and Air-Force- Research Offices, as well as the Alfred P. Sloan Research Fellowship in Ocean Sciences.

General Director at Corallia – Professor Emeritus at University of Patras

Vassilios Makios received his Electrical Engineering degree from the Technical University in Munich, and the Ph.D from the Max Planck Institute for Plasmaphysics. He is an honorary research professor of Carleton University. From 1977 he was a professor of Engineering in the Electrical Engineering Department of the University of Patras. He has published over 150 papers and numerous patents. He has received the silver medal and the golden medal of the German Electrical Engineering Society (VDE). He has served as President of the Research Center Athena. In 2006, he co-founded the Hellenic Technology Clusters Initiative-Corallia. He plays an instrumental role in the design and implementation of interventions introduced by Corallia with a vision “to sustain a Greek environment with the right framework conditions to allow sciences, innovation and entrepreneurship to flourish again” and ultimate goal “to establish the brand Innovation Designed in Greece”.

Vassilis Haralambidis is founding member, manager and artistic director of BIOS non-profit organization. Bios today operates via 3 separate venues, all located in the center of Athens.Bios pireos84 (a cultural center for performing arts and cross media), Romantso (the first Greek Creative and cultural Industries Hub) and Latraac (a social garden and sports venue). Since founding BIOS in 2001, he has been curating numerous events and performances concerning urban culture, new media and various expressions of contemporary artistic creativity. As a designer, he has received numerous Greek and European awards and distinctions. He has devoted himself to pioneering a creative based approach to new and social entrepreneurship, best practices and policy, with his main focus currently being social inclusion and regeneration through the creative and cultural industries sector. 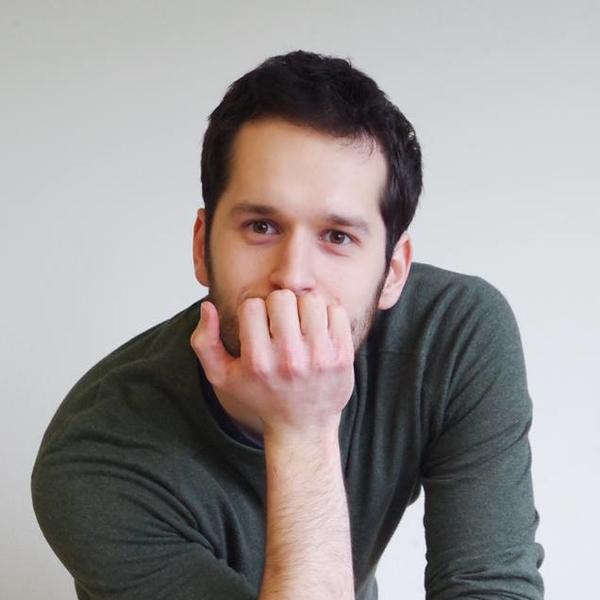