SOAS Events are happy to invite you to this year’s TEDxSOAS conference where we will discuss the theme “Millennial Challenges”! What challenges are today’s youth facing? And how can they best be handled? 8 innovative speakers will share their thoughts on how to best shape our future in light of the challenges we have ahead of us. Stay tuned for more information about speakers, tickets and other updates!
Facebook.com/SOASEVENTS
http://bit.ly/TxS18Apply

Andrew Tollinton loves pitching; he claims to have been doing it since he was 5 years old. He pitched products and services ranging in value from £300 to £30,000,000, across a coffee table, a board table, to a room of thirty people and to one individual, as part of a team or alone. He helps others perfect their pitch and to date has evaluated over 10,000 speeches. Mentoring a range of people he has helped pitch everything from AI to hedge funds. Andrew works with a behavioral economics nudge unit and is a co-founder of an award winning software company. He is Behavioral Economist in Residence at London College of Fashion and speaks about pitching at UAL, UCL, Cass, and LBS. He read Philosophy of Science and Politics at Newcastle University and Mandarin at SOAS. He is Vice Chair of Young Directors Forum at the Institute of Directors, Past President London Business School Public Speaking Club and is a chartered accountant, chartered marketer and alumnus of London Business School.

Betty is the founder of FinTech recruitment company 'BeCruit' and the director of financial recruitment in Inspiring Search based in the city of London. before entering the Executive Searcharena, Betty gained over 15 years of experience working for major industry leaders such as Thomson Reuters and Financial Times. Betty won two ‘’Migrant Woman Entrepreneur’’ awards in 2016 and 2017, which had led to her passion in inspiring other entrepreneurs. She is an engaging speaker and talks about empowerment of women, entrepreneurship and leadership. She has spoken in financial institutions, public events and unis. with the purpose of motivating people in their career. Outside of her busy work life, Betty has passion for endurance sports; she is a multi-marathon runner and an Ironman triathlete. She is also involved in fundraising projects to help disabled children and has already managed to raise over £15,000. She is now planning to build a school for underprivileged children in Colombia.

Respect for the environment: Protection and Conservation

Christoph Kiessling is the President of Loro Parque Fundación (LPF), an organization founded in 1994, for the conservation of animals and biodiversity, aiming to protect endangered species around the planet. Research, responsible breeding and activities with local communities are a part of LPF’s program. The foundation is proud to have helped 9 species of parrots from extinction. It also maintains the World’s largest parrot genetic reserve, partly on exhibition at Loro Parque (Tenerife, Spain). Christoph Kiessling is also Vice President of Loro Parque and CEO of Siam Park, respectively Nr.1 zoo and Nr.1 waterpark in the World, according to Tripadvisor. Loro Parque group recently opened the aquarium Poema del Mar in Gran Canaria, Spain, in line with the group’s mission to educate and actively protect this amazing blue planet we live in.

AI & automation: redesigning the future of jobs for the millennials

Danny is a serial entrepreneur and an early stage investor. He is the co-founder and COO of Nexus Frontier Tech, which focuses on the R&D of Artificial Intelligence (AI) to help businesses transform unusable information into structured data so to run better, leaner and faster. Danny currently serves as an Entrepreneurship Expert at the Said Business School and is a Fellow at the Ecole des Ponts Business school in Paris. He is an advisor and judge to several technology start-ups and accelerators including Microsoft Accelerator, Startupbootcamp IoT, and LBS Launchpad. Danny serves as a visiting lecturer at various Universities in Europe and he is a keynote speaker at several tech conferences. Danny is passionate with young tech founders and has helped more than 20 start-ups to grow from early stage to growing companies.

The Truth about the Great Composers

Eru is recognized as one of the world's leading and most versatile cellists of her generation. Her career has been filled with major performances including a solo performance with the Tokyo Philharmonic premiering John Williams’ music, and collaboration with Academy-Award winners and major pop artists including Demi Lovato, Adele and appearances on major Network TV shows such as The Late Show with Stephen Colbert. Eru is a member of the International High IQ Society and was accepted by the Juilliard School at age 16 under the tutelage of the late David Soyer, considered to be the foremost master of cello pedagogy and a distinguished pupil of the legendary Pablo Casals. Eru has performed as guest soloist at celebrated venues such as Carnegie Hall and Wembley Arena and performed as guest principal cellist with world class symphonies including the Royal Philharmonic Orchestra. Eru is an honored recipient of a life-time loan of an 1835 Italian cello sponsored by Violin Assets in Germany.

The Opiate Crisis: a solution from Iran

Mark Jahnke is a Fulbright Scholar at the School of Oriental and African Studies (SOAS) at the University of London. Prior to joining SOAS, Mark spent over two years in the Kyrgyz Republic in Central Asia training health promotion staff on issues surrounding HIV and injecting drug use and mentoring NGO leaders to improve the efficiency and effectiveness of their organizations. His blog, Monday Bazaar, was a winner of the 2016 Peace Corps Blog It Home award. Mark previously worked in strategic communications and advocacy focused on international development and global health based in New York City, and also worked at the United States Senate in Washington, D.C. Mark holds a bachelor’s degree Magna Cum Laude from Harvard College in Near Eastern Languages and Civilizations and Global Health and Health Policy. He was awarded high honors for his dissertation on Iran’s program to address HIV in injecting drug use communities, for which he conducted research in Tehran and Esfahan, Iran.

Sigurd Gotaas Brekke is from Oslo, Norway and is currently doing his master degree at SOAS in International Studies & Diplomacy. Previously worked in London for a mobile technology company and got a Bachelor in Business and Management. After his studies he would like to pursue a diplomatic career.

Dr. Sondre Lindahl holds a PhD from the National Centre for Peace and Conflict Studies, University of Otago. His research interests are international relations, terrorism, counterterrorism, security and philosophy, and he has presented his research at conferences in New Zealand, Australia, Pakistan, and the UK. He appears regularly in the Norwegian media to comment on issues of terrorism and counterterrorism, and he is currently in the process of publishing a number of articles on alternatives to violent counterterrorism. He is the author of A Critical Theory of Counterterrorism: Ontology, Epistemology, Normativity (forthcoming). 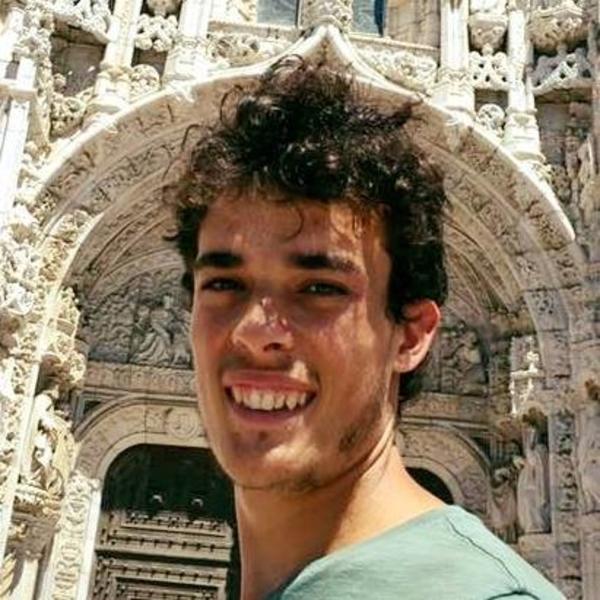