Since evolution human brains have been trying to understand the concept of infinity. Somehow the purpose of our daily life pertaining to boundless needs have become an enigma. Though the means are infinite but in absence of absolute alignment to our purpose the overall quest is losing its focused approach. Through this theme we would like to explore how innovations in technology, business, social science and design have helped in shaping the initiatives undertaken to solve the enigma of diverse set of societal problems.
TEDxNayapura will help us in bringing together artists, social scientists, cartoonists and storytellers from different parts of our country to share their innovative ideas which are boundless and worth sharing. We hope our diverse set of speakers will help in creating a well informed community committed to lifelong learning.

Aabid Surti is a painter, author, cartoonist, journalist, environmentalist, playwright and screenwriter besides being a "one-man" NGO out to save every drop of water. He has also received a National Award for his short-story collection Teesri Aankh. As a cartoonist, he created the lovable simpleton ‘Dabbuji’ and India's first super-hero Bahadur. As an accomplished painter, he has held 16 exhibitions in India and abroad. In his early years, he invented an innovative technique called ‘mirror collage’ which won critical acclaim in Japan. In 1971, the Indian government commissioned a short film to showcase his creative work.

Amrut Deshmukh, who quit his fat salaried CA job to become a social entrepreneur, is on a mission to cultivate the habit of reading amongst the youth of India. Because books make us think differently. He is determined to bring a reading revolution in India with the help of technology through his mission "Make India Read". If you have time for FaceBook, you have time for books. If bad habits are addictive, good habits are contagious. Every week he reads a bestselling book and creates a "20-min-book-summary", going beyond a book review. Ok, don't like to read? I also record the summary in my voice. You can now read or listen to a fat book in just 20 minutes! He also shares big ideas that he learned from various books everyday. All this through his free app "Booklet". More than 5 lakh Indians are now part of the mission.

National Academy Award winning photographer André Jeanpierre Fanthome, has been travelling the world and capturing it in his camera since 1999. A journey that began in a tiny village in Eastern Bhutan where even seeing a car was novelty to travelling the Globe, 30 countries and counting, has given him experiences only few can dream of. In 2009 he was awarded the ‘National Academy Award for Visual Art’ by the National Lalitkala Academy becoming, at twenty seven, the youngest of three photographers to receive this National Honour. Commissioned by the Rashtrapati Bhavan his book ‘The Presidential Retreats of India’ was released by the Prime Minister and President in December 2015. In addition to photography Fanthome loves cooking and is an avid naturalist.

Prabhakar Rao has been a SEED KEEPER for over 25 years, collecting indigenous native vegetable seeds that are on the brink of extinction. His travels have taking him to remote parts of the world where his interactions with the older generation of farmers has allowed him access to these forgotten varieties. Returning to India in 2011, he conducted extensive testing of over 500 such varieties in his farm in Bengaluru, for genetic stability and environmental suitability. He has now successfully stabilized around 140 rare indigenous vegetable varieties, collected from both within the country and abroad. From his farm Hariyalee Seeds, he now reaches out to other passionate Seed Keepers, Farmers and Urban Gardeners, and collectively works towards the preservation and propagation of these rare vegetable varieties that are on the brink of extinction.

Ruhani is the founder and CEO of Rangsaa tea. Apart from being an entrepreneur and keynote speaker on the subject of tea, she is also an avid writer and provides her expertise to specialists striving to create unique palates and experiences using tea. Her journey to Rangsaa started with her blog LoveforTea. It soon became an internet sensation with tea lovers globally. Since then, she has turned her passion for tea into a Global Tea Movement which aims at promoting, educating and introducing the world to a multi-sensory food and tea experience. Ruhani believes that tea is a way of life. She is dedicated to inspiring a tea-centric lifestyle for health and well being. She and Rangsaa have continued to introduce an unconventional philosophy of tea drinking in India, inspired by her global exposure of tea cultures. A strong believer of healing with tea, Ruhani affirms that a cup of tea is like a therapeutic oasis which can alleviate and provide a sense of zen and relief. 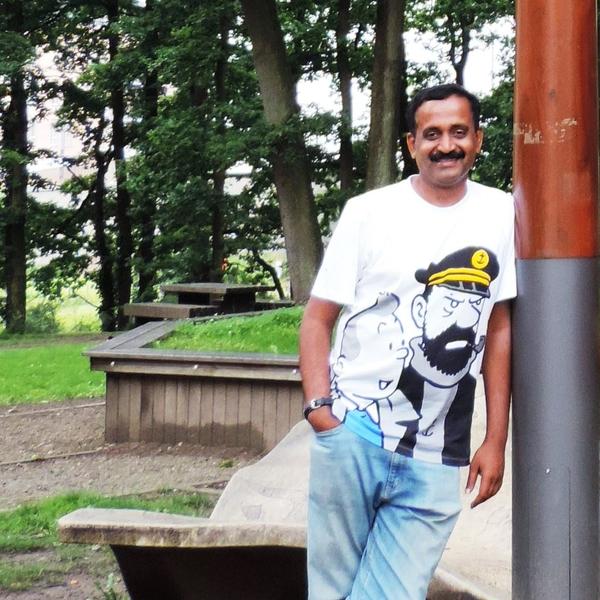