Brandon Villatoro was born in Costa Rica, his dad is Guatemalan, and his mom is from the U.S, and is born in Russia. I met Sebas and Chris long ago when we were just around 5 years old, we all became friends pretty quickly, enjoying each others company. We are working together and want to change the point of view about fear for everyone. We are an international group, we were all born in different countries.

Brandon Villatoro was born in Costa Rica, his dad is Guatemalan, and his mom is from the U.S, and is born in Russia. I met Sebas and Chris long ago when we were just around 5 years old, we all became friends pretty quickly, enjoying each others company. We are working together and want to change the point of view about fear for everyone. We are an international group, we were all born in different countries.

Chris Palma, born in Guatemala, but his mother is from the U.S, and his father was born in Guatemala. I met Sebas and Brandon long ago when we were just around 5 years old, we all became friends pretty quickly, enjoying each others company. We are working together and want to change the point of view about fear for everyone. We are an international group, we were all born in different countries.

Claire Henkel, 27, is an entrepreneur, outdoor educator and permaculture professional. At the age of 23 she founded the Garden of Hope, a community permaculture garden in Jocotenango that providing children and youth with a space to connect with nature, foster joy, and develop life skills. The Garden of Hope is a social enterprise that provides equal access to safe green spaces, organic produce and alternative education opportunities to it's surrounding community. Claire is passionate about environmental justice, women's rights and alternative education.

Francisco is a systems engineer. During 15 years living between the US and Sweden, he earned a PhD in computer science and collaborated in research with Intel, IBM, SAP, Ericsson, and the Royal Institute of Technology. After moving back to Guatemala in 2015, he reconnected to his country through his children’s participation in sports. He co-founded TopAntigua with his wife, Alison, and his kids’ climbing coach, Luis Pedro.

Lee Ann Cochran is on a mission to have a positive impact on the world. Ms. Cochran received her BS in Materials Science & Engineering in 2003 from The Ohio State University and has advanced her career with experience in research, development, process scaling, manufacturing, proposal development, business development, sales, marketing and licensing. Currently, Lee Ann is instrumental in the growth strategy of a management consulting company, where she is driving for efficiency and effectiveness relating to sales and account management. She is leading the organization to focus on the “customer at the core” for business decisions and processes, while setting a marketing strategy to differentiate PRADCO products and services from their competitors. Most importantly, she is a passionate volunteer, values authenticity, and a purpose-driven life. Lee Ann feels it is her calling to support the causes she believes in – human rights and equality. As a child growing up in New York, Lee Ann spent many days volunteering in her community with her mom where she learned the importance of giving back, and a deeper understanding of social justice. Now, Ms. Cochran dedicates a great deal of her time supporting, and advocating for human rights and equality through her involvement in Soroptimist. One of the highlights in her life happened this past year, when she was named Fundraising Council Chair – an incredible honor. Lee Ann is extremely fervent about working to give women and girls access to education and is actively participating with the United Nations Commission on the Status of Women, along with advocating for diversity in STEM, and volunteering at local food pantries – to name a few. Ms. Cochran’s unique background in both engineering and sales, allows her to lead fundraising efforts for non-profits in a positive and effective way. Through her leadership and expertise, she was invited to represent Soroptimist International in Turkey, where she joined and international panel addressing generational challenges in volunteering. She also participated in the 2017 United Nations Educational, Scientific and Cultural Organization (UNESCO) conference in Saudi Arabia. Lee Ann has received numerous awards and recognitions throughout her career. She received the Women in Engineering ProActive Network (WEPAN) Presidents Award (2018). Recognized as a Smart Business Progressive Woman in Cleveland (2017). Selected for the Outstanding Soroptimist Award for Columbus and Franklin County (2016). Named one of the Women You Should Know by Women for Economic and Leadership Development (WELD 2014). Lastly, she was acknowledged by Battelle as a Women’s History Month Honoree for bringing forward ideas to drive change and shape the future.

Molly Berry is a California native and the founder and CEO of Luna Zorro. Molly has lived in Central America since 2010 and is now based in Antigua, Guatemala where she lives with her husband and two young children. Molly’s love for textiles, design, photography and storytelling are an integral part of her life abroad and she’s honored to share her ideas on the importance of Social Capital in the 2018 Antigua Ted X.

Renee Hribar has been a sales professional since 1994 in New York. She has sold millions of dollars in products and services and trained thousands to sell for the first time. She is known in her industry as a fun, energetic executive sales coach who leads with heart. With her one-of-a-kind "laugh & learn" teaching style, you will certainly walk away with a new view on the "softer side of sales".

Scott is a teacher and traveler originally from Connecticut. He lived in many states and many countries before arriving in Guatemala seven years ago. He is applying for his Guatemalan permanent residency, having married his wonderful wife, Alejandra, in 2017. Since his first day in Guatemala, Scott knew instinctively that this is a very special place. With his organization, Buena Onda, Scott has committed his work to a healthier and more equal future for Guatemala. He believes education is the most powerful tool with which to make lasting change and foster local and global communities that value communication, honesty, and compassion. A major player in Scott’s own experiential learning has been a slow but steady decline in his functional eyesight. Scott has been legally blind for a number of years. Over time, though, Scott has developed strategies and new ways of thinking that have helped overcome various obstacles and allowed Scott to achieve accomplishments many people do not associate with activities of the blind. Some years ago, Scott and some friends formed a group they called Climbing Blind. Out of a love for nature and physical challenge, this team first successfully climbed the Acatenango (twice), San Pedro (twice), and Tajumulco volcanoes, as well as many other smaller adventures. The team members have sometimes changed but the goal has always been to work together to reach great heights. Most recently, Scott and his friend Michael, took Climbing Blind beyond Guatemala and, at nearly 6,000 meters (19,341 feet), summited Mount Kilimanjaro. Very much a story of perseverance, humility, and trust, Scott is happy and proud to share his Climbing Blnd : Kilimanjaro adventure with you at TEDx.

Sebastian Diaz was born in Colombia, he moved to Guatemala when he was 2 years old. I met Brandon and Chris long ago when we were just around 5 years old, we all became friends pretty quickly, enjoying each others company. We are working together and want to change the point of view about fear for everyone. We are an international group, we were all born in different countries. 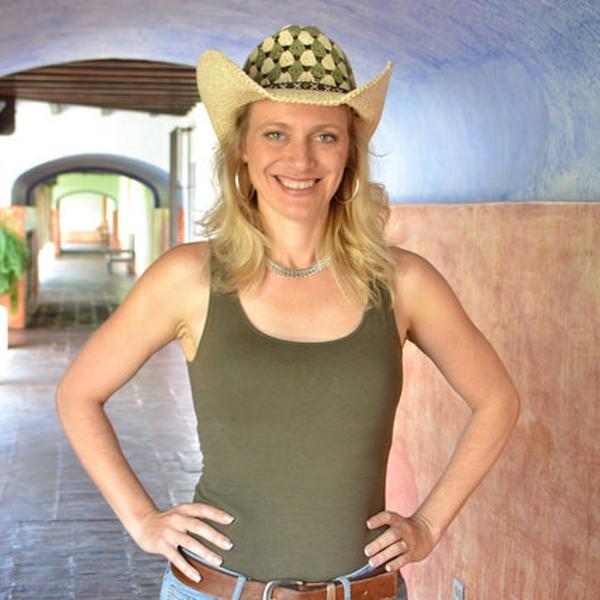