Theme: Beyond the grasp

This event occurred on
May 25, 2018
kota bandung, Jawa Barat
Indonesia 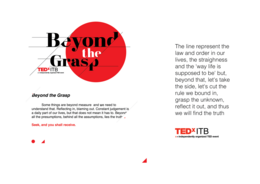 Beyond the grasp is not only about understanding that there are things that we cannot see, it is a movement. A movement so vivid in meaning yet so subtle in its form that it would touch even the darkest of heart. Beyond the grasp seek to invite minds that dare to stand in the gray area of life to speak out the truth and share ideas that are truly worth spreading.

An entrepreneur with pharmacy background that is currently the leader of many entities, Dr Dina Dellyana is the director of SBM ITB's Business Incubator program, home to some of the most promising businesses around campus. She is also the owner of Glinzt Shoes and Apotek Mandiri Farma, as well as being the External Relations Officer in BCCF. Not to mention she is an expert at electronic music composing. The best part is, she is coming to TEDxITB to deliver a talk that surely will be very useful for young aspiring entrepreneurs.

Undergraduate in Electrical Engineering and Teacher in Padjajaran Language School

Hawari is a current Undergraduate student at EL ITB that is originated from Surabaya, but that does not mean he lacks any kind of experience! He is a teacher at Padjajaran Language School, as well as a visiting researcher at CTECH Labs EdWar Technology. His approach to some of the world's biggest conundrum made him a TEDx speaker, as he will deliver an intriguing and interesting talk that is worth listening. Look out for his findings at TEDxITB!

Yes, it is that Nyoman Anjani that is originated from this city in Bandung. Alumni from Himpunan Mahasiswa Mesin, she is now currently employed as Automation Projects Manager at Unilever Indonesia. This aspiring, insightful, and inspirational individual was the first ever woman to take the KM-ITB Presidency in 2013. She is also the founder of Pelita Muda ITB. Her legacy stand strong, as she will come home in TEDxITB.

Pidi Baiq was born on August 08, 1972 (age 45) and is of an Indonesian nationality. He is usually called by the name of Surayah / Ayah. The artist is known as the novel writer of the Dilan Trilogy and as the member of The Panas Dalam Band Group. Pidi Baiq (born in Bandung, West Java August 8, 1972) is a multi-talented artist as he is the author of novels and books, a lecturer, an illustrator, a comic artist, musician and songwriter. His name began to be known through the band The Panas Dalam which is founded in 1995. He is an alumni of ITB, in FSRD.

Lecturer, 'Master Petir', World-Class Researcher in the Field of Lightning

Prof. Dr. Dipl.-Ing. Ir. Reynaldo Zoro was born in Sawahlunto, Padang, Indonesia on the 30th of September 30th, 1950 but now lives in Bandung. He is married with two children and has also four grandchildren, and is of the Muslim faith. In terms of his education background, he graduated with a Bachelor degree in Electrical Engineering in Bandung Institute of Technology in 1975. Then he got his Diploma in Engineering in TUM, Germany and carried on with his Master focusing in High Voltage Engineering in 1990 till 1999. Currently, he is a lecturer in ITB with the specialty “Sistem Deteksi Proteksi Petir” since the 1st of November, 2013 in Bandung. 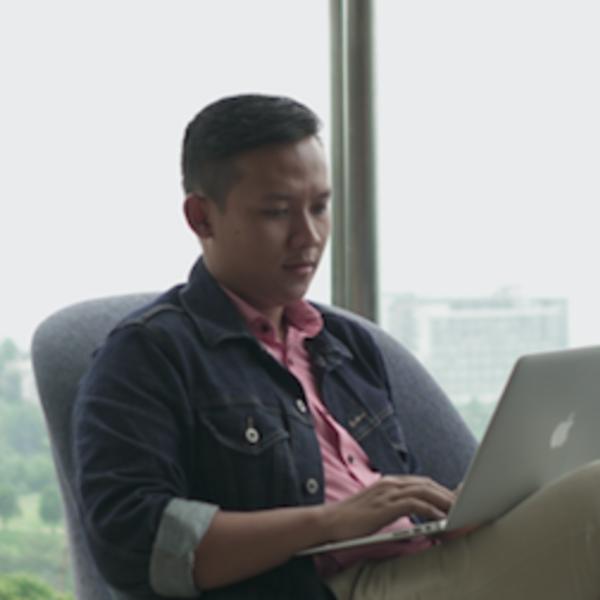