Everyone sees things differently, and that’s what makes the world so interesting. When we are able to see how much we complement - instead of contrast - each other, we can create change far greater than ourselves. We might surprise, delight or even inspire you. Now is the time to be open to ideas, stories, experiences and opinions. When you look at things through someone else's eyes, you can open up a whole new world, one you never knew existed.

Anubhav Wadhwa is a Product Design Engineering student at the University of Glasgow. Before enrolling last year, he had already been a serial entrepreneur, published researcher and a sustainable development activist, all at the age of 18. He is the founder & CEO of TechAPTO, Trends on Internet and Tyrelessly, working to protect the natural environment from various forms of destruction and degradation by harnessing the revolutionary power of digital technology. His efforts have received extensive media coverage and accolades from all over the world, including the United Nations in the Youth Solutions Report (presented at the ECOSOC Forum & United Nations Low Emissions Solutions Conference at COP 22), where he was also invited to speak at the United Nations High-Level Political Forum.

Chris is an award-winning creative producer. Originally from Sydney, the Greek-Aussie hybrid traded in his surfboard for the London cityscape. A self-professed film renegade, being immersed in the creative process that engages with an audience is his Marmite. Working with agencies internationally, he has told stories for some of the largest global brands, leading campaigns creatively. A producer at Pink Banana Studios, he marries his background in copywriting and digital advertising into all of his work. When not on set, he is a film tutor at Young Film Academy, a hub partner for the British Film Institute (BFI) Film Academy, where he mentors the future of next generation filmmakers.

Dara Vakili is a final-year student studying Applied Medical Science (BSc) at UCL. During his 4 year course, he has taken on various medical research projects, such as considering the efficiency of the guideline for UTI diagnosis, comparing optimum treatments for hyperhidrosis (excessive sweating), using 3D models to test stain induced myopathies, and reviewing CYP2D6 deficiency. He is currently doing his BSc project at the Cambridge Welcome Sanger Institute on iPSC genomics. Outside of academia, he is involved in an educational start-up teaching substance harm reduction, and educating lawyers with medicine.

Darren Stanton first began his career as a frontline police officer, and is now affectionately known by the media as the "Human Lie Detector" - the UK’s leading expert on body language, lie detection, and influencing and predicting human behaviour. He has appeared on BBC1 The One Show , ITV 1 This Morning , ITV1 Judge Rinder’s Crime Stories , BBC1 Question Time, Sky News, Sky Sports and many other global networks. Aside from his television work, he is an accomplished journalist, having written countless articles for Cosmopolitan, Heat, Marie Claire, OK, and contributed to many of the top newspapers in the UK. He is also a published author with his best-selling book, Project Jam Jar.

Eliza Hatch is a photojournalist from London. Since graduating from the University of Brighton in 2016, she has trained as a set designer and worked in the art department for TV and film, before starting her project "Cheer Up Luv". Through a series of photos and interviews, she shares real-life accounts and experiences of sexual harassment that women have faced on the street. Combining photography with journalism, activism and social media, the project has garnered interest and attention all over the world, serving as a platform for women to share their stories and raise awareness about the issue of sexual harassment.

Funke is a scriptwriter, script consultant and lecturer. She has written for ‘Coming Up’, a British Channel 4 television series and was the script consultant for comedy TV show 'Meet the Adebanjos’. Her passion for writing has led her to develop sharp-witted, relevant and meaningful screenplays that have captivated audiences. She is also a PhD candidate, researching the new and exciting world of the web series, with a focus on narrative architecture and audiences.

Gordon Berger is an artist, investigating how art is affected by contemporary networks such as the internet, social media and Blockchain technology. He explores how art and technology can coexist in a symbiotic relationship, crossing over and interacting with each other. His artwork has been exhibited internationally and most recently, he was part of a group exhibition project at Tate Modern, London. Born in Vancouver, Canada, he is currently studying at Central Saint Martins, where he continues to create art that inspires others and explores conditions of contemporary culture.

Katie Kubrak is a London-based designer and trends researcher. She is a Central Saint Martins alumni with experience working for brands like Artemide, Burberry and BASF Chemical to name a few. Her great interest and passion for colours, materials and finishes are displayed through insightful research on sensorial design. She was accepted into a PhD program at Royal College of Art. She firmly beliefs that materials have the power to turn a good idea into a great one; that they have the power to instantly alert, allure, interest, excite and change each experience. What is more, they have the power to address sight, touch, smell, audition and taste to convey holistic image of the world, brand and product. She currently leads a Material Library and works for Nirvana Creative Production House.

Kelly Macbeth Mackay is a Creative Writing Graduate from Capilano University in Vancouver and a final year BA Advertising student at the London College of Communication. Along with fellow LCC student Cari Addy, she is the co-founder of Halftime London, a collective that aims to enable and empower sportswomen. An avid football player herself, she has also captained the UAL Women's Football Team over three seasons. She is also a freelance writer and editor, helping to tackle subjects of taboo amongst teenagers.

Kemah Bob is a stand-up comedian, improviser, drag king, presenter and producer from Houston, TX. Her work centres around black cultural identity, mental health, sexuality and gender, using comedy as a tool for enlightenment and empowerment. Kemah hosts UNSTABLE, a radio show chronicling her navigation of adulthood with bipolar disorder, and is looking forward to a month-long run at the Edinburgh Fringe Festival later this year. She aims to produce work that tells the truth, aids in the empowerment of marginalized people, and encourage growth.

Michela and Lois Wilson are the co-founders of Saint Aymes, a luxury chocolatier and lifestyle brand. Rooted in Barbados and grown in England, the pair bring their unique perspective to create pioneering products and experiences. Their hand-made artisan chocolates are stocked in Selfridges and Harvey Nichols, and they have now branched out with a new café and lifestyle store in Connaught Village. The sisters also won the Young Entrepreneur of the Year Award, along with the Virgin VOOM London Pitch and have been crowned as Virgin StartUp Ambassadors.

Rebekah Roy is one of London’s top fashion stylists and creative consultants. She began her career in London interning at British Vogue. From commercial to cultural, Rebekah’s work is truly inspirational art. She extensively works at catwalks for London Fashion Week every year, as well as for the Southbank Centre. Rebekah has styled commercial catwalk shows for Harrods, Royal Ascot, Bjorn Borg, Clarks and The Ford Models Supermodel of the World Search. She consults for brands such as Kate Spade, Wella, Sarah Angold and many more. 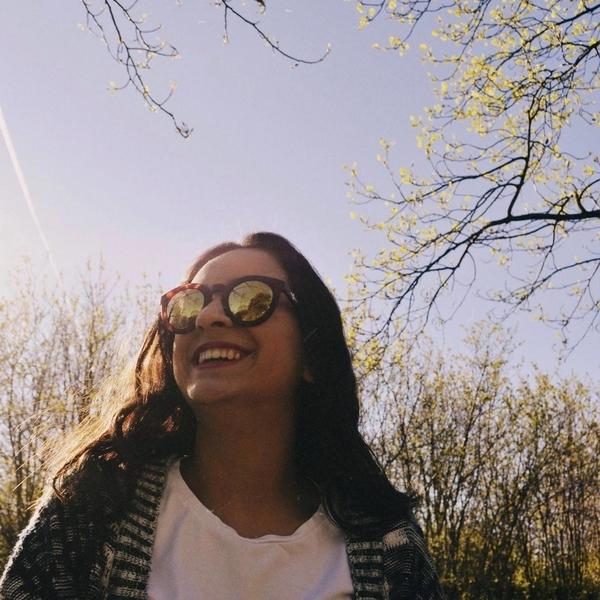