Theme: ‘Honoring the harbingers of a better tomorrow’

In a world with an abundance of average, there are elite few who dedicate their lives towards making a difference. It is the extra mile they run, the extra hours they stay up, the extra initiative they take to make things a little easier for the ones around them, that make them stand out as the brightest stars in the sky. We, the IB Batch of 2019 at CIRS, dedicate this TEDx event towards giving these extraordinary people a platform to speak out. Our aim is to honor a few individuals who are the future; who are beacons of hope for a better tomorrow. Our goal is to inspire the youth of our nation to rise above the mediocre, and think big; to work passionately towards a cause that will transform the society in their own unique ways. After all, tiny drops of water make the mighty ocean.

Arjun Puri worked with Merrill Lynch International Bank in London for years before realising it wasn't for him. He moved back to India where he worked for farmer empowerment in rural spaces. The last four years, he's spent in the education sector with Jindal Global University. He continues to write for leading publications, giving his opinion on most things education, food, cultural and cricket. He has participated in 2 TEDx events (Chandigarh & Jaipur) and delivered over a thousand talks across the globe! His next stop is Coimbatore CIRS.

Nupur Dhingra Paiva and Richard Paiva in July 2016, found the The Art of Sport which is a startup focused on the overall development of young girls from the age of five to 12 through sports and group therapy. The couple aims to build and enhance the physical, mental, and emotional capabilities of girls by engaging them in group activities designed to bring out their confidence.

ILLUSIONIST Rahul Kharbanda has performed across various Continents and have dazzled people of all ages with a dynamic mix of the most striking and astonishing acts ever to be seen LIVE on stage. Comes from a Family of Magicians with a combined experience of over 3 decades, he recently got his name registered in the GUINNESS Book of WORLD RECORDs. His non-stop show is packed with thrilling and sophisticated magic of unprecedented proportions wherein the audience witnesses stunning acts of grand illusions with creative appearances, levitation, mind-reading, disappearance and more.

An embodiment of resilience, Ms. Reshma Khatun is an acid attack survivor who now campaigns for the rights of others like her. She is a member of “Acid Survivors”, an organization that works for the prevention of this atrocity and the rehabilitation of its survivors. Her undying optimism in her fight for justice of wronged innocents is definitely one to emulate

S. Swaminathan has been working on raising awareness as well as preserving the monument in Sittanavasal, an important Jain cave complex. Apart from the Sittanavasal site preservation, he has worked on a host of other socially responsible projects. He was the national coordinator for watershed development and Integrated Rural Technology Centre, Palakkad, Kerala. He even taught a course titled Art and Technology at IIT-Delhi. He has spoken about Indian music, Sanskrit, ancient Tamil literature, Tamil prosody, development of scripts, Gandhian philosophy, etc. He also hopes to document the heritage of the district and offer an opportunity to youth to appreciate their culture. He is a great source of inspiration for us and his presence would definitely highlight the culture and heritage of India.

An eminent wildlife photographer, Mr. Shivaram lives to capture nature in its pristine beauty. He initially worked with HP as an engineer and currently is a full-time photography teacher. He was named Sanctuary Asia's "Wildlife Photographer of the Year" for 2012. He also avidly campaigns for environmental conservation.

Truly an epitome of optimism and perseverance, Mrs. Swarnalatha is a co-founder of ‘Swarga’, an organization that aims to improve the lives of individuals suffering from neurological disorders. A victim of Multiple Sclerosis herself, she refused to let her paraplegia pull her down, and is currently a motivational speaker and is widely renowned for her work as a disability rights activist.

Vivek Krishnani has been appointed managing director, Sony Pictures India (SPE Films India). Before this, Krishnani was senior vice president of revenue and marketing at MSM Motion Pictures, the film production arm of Multi Screen Media, which is a part of Sony Pictures Entertainment Television Network. Prior to Fox Star Studios, Krishnani was executive director, marketing -- Asia Pacific, at Turner Entertainment Networks. Based out of Hong Kong, he was responsible for marketing and interactive strategy for the entertainment channels for Turner Entertainment (Cartoon Network, POGO, Boomerang and TCM). He joined Turner from Radio City where he was part of the start-up team. Before that, he was with Star Plus and was responsible for strategic planning and marketing. He began his career with Lowe Lintas (previously Ammirati Puris Lintas). 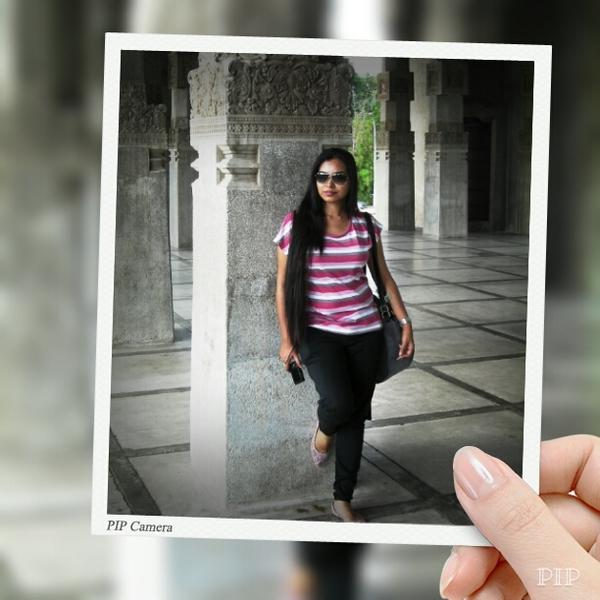