TEDxBrisbane is Brisbane’s premier ideas festival. We are provocateurs of change.

We are dedicated to showcasing Brisbane’s best ideas to the world and bringing great ideas from the world to the TEDxBrisbane community to inform and drive change in our city. And as much as we love great ideas, we have no intention of stopping there. At TEDxBrisbane we are determined to see great ideas put into action. We are all about impact. We’re on a mission to change our community, our city and the world. Our community is made up of people crazy enough to believe we can change the world, and we’re not kidding around.

Our mission is to make the world good, not just better. We do this by connecting ideas worth spreading with a community of thinkers, doers and change makers, inspiring them to translate ideas into action that makes a positive difference. We call it our engineering impact strategy, and it informs everything we do, making attending a TEDxBrisbane event a truly unique experience.

Caylie Jeffery is a Brisbane writer and educator who became an accidental historian after sharing a photograph on social media of old money and documents she found hidden in her century old home. Caylie's collaborative community project, Under the Lino, captured the fascination of thousands of history lovers who worked alongside her to uncover local historical mysteries and stories. In 2019, Caylie won the prestigious John Oxley Library Community History Award for excellence and innovation in the preservation, recording and sharing of Queensland History. Caylie works at the Queensland Writers' Centre facilitating journalling, blogging, social media & memoir writing workshops. She also speaks to community groups and organisations about the importance of recording personal histories, teaching seniors and students how to research and record their stories, and those of their ancestors. Caylie's best-selling book, Under the Lino: The Mystery The History The Community, was published in 2018.

Dinesh was the first quadriplegic medical intern in Queensland, and the second person with quadriplegia to graduate medical school in Australia. Halfway through medical school, Dinesh was involved in a catastrophic motor vehicle accident that caused a cervical spinal cord injury. He still went on to complete his Doctor of Medicine (MD) and an Advanced Clerkship in Radiology at the Harvard University. Dinesh is currently a senior resident medical officer at the Gold Coast University Hospital, a lecturer at Griffith University and an adjunct research fellow at the Menzies Health Institute of Queensland. A founding member of Doctors with Disabilities Australia, Dinesh is also the Gold Coast University Hospital’s representative in the Australian Medical Association Queensland’s Council of Doctors in Training. He is a member of the scientific advisory committee of the Perry Cross Spinal Research Foundation, and the Ambassador Council at the Hopkins Centre.

George Hickey is a learning designer at QUT. He has a background in IT and programming, and is always searching for creative ways to apply these to teaching and learning. He has a fascination with, and appreciation for, the work of artists, inspired in no small part by his wife, a visual artist.

John Bensley is an Associate Professor of Practice at QUT with a passion for understanding the determining effect of the human equation within organisations and helping people sense-make in complex environments. As the Academic Director Canberra and Learning Innovation in the Graduate School of Business he works alongside other professionals, to design, develop and deliver innovative trans-disciplinary education programs.

Fleeing the war in Chad, and the threat of retaliation against her father's vocal opposition to government corruption, a very young Prudence Melom sought safe haven in a refugee camp in Benin along with her mother and two siblings. Seven years later the family, now reunited with Prudence's father, was finally accepted into Australia as a refugee. While many were welcoming of Prudence and her family, it did not diminish the hurt and pain that came with experiencing racism. When Prudence was unable to find a program that educates young people about arriving refugees and migrants, she embraced it as an opportunity to give back to the country that had adopted her family and given them a second chance at life. Prudence founded E-raced, a nonprofit dedicated to eliminating racism through storytelling. Prudence has been widely recognised as a prominent human rights activist and influencer, as has won a number of local and national leadership and humanitarian awards.

As an organic chemist, Rob Capon is a master of interrogating the molecular diversity of the natural world, to acquire and apply new knowledge and new discoveries, to solve some of society’s most pressing scientific, social and economic challenges. As a Professional Research Fellow at The University of Queensland, Institute for Molecular Bioscience, Rob leads a group of researchers skilled at detecting important biologically active molecules in plants, animals and microbes, which they isolate, identify and evaluate, both for their ecological purpose, and their potential application in the fields of human and animal health, and crop and environmental protection. For Rob, the most rewarding aspect of his work is the challenge that comes from pushing the frontiers of science, to learn of and be inspired by chemicals hidden with Australian ecosystems, and to re-imagine this knowledge to solve important problems in the world today.

Dr Trudi Collet, a biochemist, is doing pioneering work in the development of novel therapeutics for global infections and diseases. Trudi and her team have recently discovered a novel compound from an Australian native plant that within a laboratory setting, 100% clears (completely kills) the Zika virus, all four strains of the Dengue virus and the Australian variant of the West Nile virus - without damage or toxic effects to the host mammalian cells. Trudi’s work has also led to the discovery of novel plant-based broad-spectrum antibiotics, which are extremely effective against numerous bacteria including golden staph and vancomycin-resistant enterococci. Dr Collet’s Innovative Medicines Group aims to bridge the gap between science and healthcare, with the research also focusing on understanding the properties of Australian native plants and how such discoveries can be translated from lab bench to product and finally to the patient, with the intent of improving the quality of life. 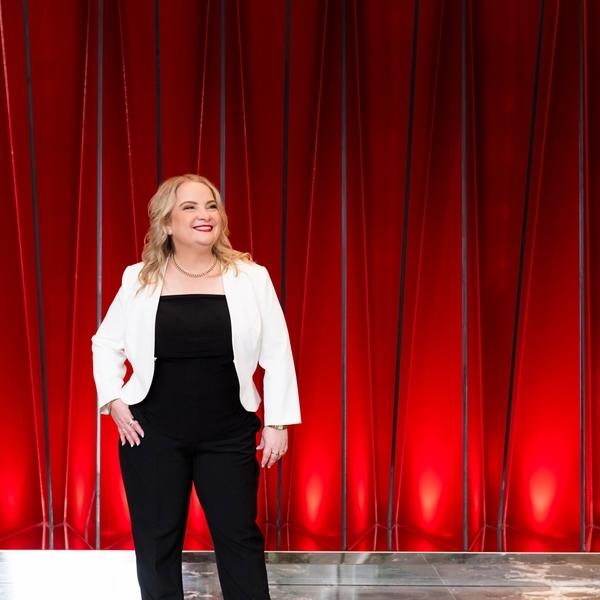