When it comes to cartoon, Steven Millhauser said that animated cartoon was a far more honest expression of the cinematic illusion than the so-called realistic film, because the cartoon reveled in its own illusory nature, exulted in the impossible--indeed it claimed the impossible as its own, exalted it as its own highest end, found in impossibility, in the negation of the actual, its profoundest reason for being. In dictionary, animated defined as having the appearance of something alive, endowed with life or the qualities of life, full of movement and activity.
In this TEDxBatangArau, we hope for an animated performance, animated discussion, animated life and animated city crowd, and animated you.

Afif Permana Aztamurri is a comic artist, creator of komikstrip "Bagak Kandang" which established in 2015. He works as a graphic designer, and also has a clothing business in Bandung. He planned to start a business in motion graphic animation in the near future. Comics for Afif is a hobby, more precisely in drawing and giving opinion . He was a student majoring journalism. He was a journalist of Bisnis Indonesia for West Java Region (2014-2015), then decided to quit and start a job as a graphic designer.

Donny Eros is a full-time lecturer in English Department, Faculty of Humanities, Andalas University since 2006, majoring in Literary and Film Studies. He studied Film and Literature in University of Essex, UK. He had also been invited to teach Indonesian Language, Culture and Cinema in Busan University of Foreign Studies as visiting professor from 2013 to 2016. Returning to Andalas University in 2016, Donny Eros and some fellow scholars established a research center called Tourism Development Center which develops multidisciplinary studies on developing tourisms, particularly in West Sumatra. Beside teaching and researching, he is also involved in developing the film ecosystem in West Sumatra together with the local government and film communities for his expertise in film studies.

Esha Tegar Putra is a poet and a lecturer. Together with several other artists he initiated Padang Literary Biennale (PLB) in September 2014. There are many poems, short stories and essays published in various joint anthologies as well as national and regional printed media, such as in Kompas, Tempo and others. His first collection of poetry entitled "Pinangan Orang Ladang" was published in 2009. Esha has also been a speaker in various literary events such as "Temu Penyair Empat Kota" in Yogyakarta in 2007, "Temu Sastrawan Indonesia II at Pangkal Pinang" (2009), "Ubud Writers & Readers Festival" in Bali (2009), "Salihara-Utankayu Biennalle 2011" and more.

Ka'bati is a mother, a writer, an ex-journalist and one of the founders of Ruang Kerja Budaya (RKB), a non-profit organization in literacy, documentation and cultural activities. She has been active as a social worker in several women's organizations in Indonesia, Korea and the Netherlands such as Nurani Perempuan, Srintil, Dian Stichting, Jes Rijnland, Epicentrum, Java Stichting, Restaurant Van Harte and Indonesianvrouwen in Leiden. She also manages a book publishing especially Minangkabau's books, local content, novels, short stories and essays with the theme of women and femininity.

Ogy Winenriandhika is a start-up enthusiast. He was born on October 30, 1992. He got his Bachelor of Law from Andalas University. He plunged into the startup world since 2014. Ogy is a co-founder of visioincubator.id which has incubated more than 40 startups spreading across Indonesia such as tanijoy.id, Spasium, ternakkita.co.id and go on travel.

Founder and CEO of Snapcart

Reynazran Royono (Rey) is the Founder and CEO of Snapcart, a startup specializing in developing Mobile-based Real Time Offline Engagement Tool, partnering with multinational and local consumer goods companies. Prior to Snapcart, he worked for 9 years at Procter & Gamble handling various regional leadership assignment; he was the Modern Retail Director before moving to Boston Consulting Group (BCG). Having worked in BCG for 3 years, as a Project Leader, Rey supported and lead strategic projects in Retail & Consumers Goods, Technology – Media – Telecommunication, and Public Sector practice areas. In 2014, as the CEO of Berniaga.com (a 701Search joint-venture company of Singapore Press Holding, Schibsted, and Telenor) he led the site to be the no. 1 commerce site in Indonesia within just 6 months. He enjoys traveling, eating out, and a skilled online gamer whenever he is not working on building Snapcart. Globally he ranked 5th in the massive mobile online game “Battle Camp” PvP ranking.

Sari Lenggogeni is a founder and director of Tourism Development Centre, Andalas University, Indonesia. Sari holds her Ph.D from School of Tourism, The University of Queensland, Australia in tourism marketing area, post-graduate diploma in Maastricht School of Management, The Netherland. Sari has been a tourism advisor for ministries in Indonesia, expert staff in tourism industry group– Komite Ekonomi dan Industri Nasional (KEIN), keynote speaker, trainer, book author and one of leading expert in drafting a Halal tourism regulation in West Sumatra, Indonesia. She was awarded Best Presenter in ICABMIT (Singapore), UQI (UQ -Australia), and NFP Award (NUFFIC-The Netherland). Sari also join as team in Cressent Rating – Leading Authority on Halal/Muslim travel and tourism based in Singapore.

Zamzami Arlinus is an environmental activist. He is a journalist of Mongabay Indonesia, Editor in Chief of Green Radio, and Strategic consultant for Indonesian Center for Environmental Law (ICEL). He worked for Greenpeace in 2009-2017 as a media campaigner for Greenpeace Southeast Asia. He was responsible for Forest campaign, Climate and Energy campaign, Toxics campaign, and Ocean campaign. He also manages a coffee shop in Pekanbaru with his colleagues who believe on sustainable business practices. It has has a tagline “Enjoy the coffee and save the environment”. 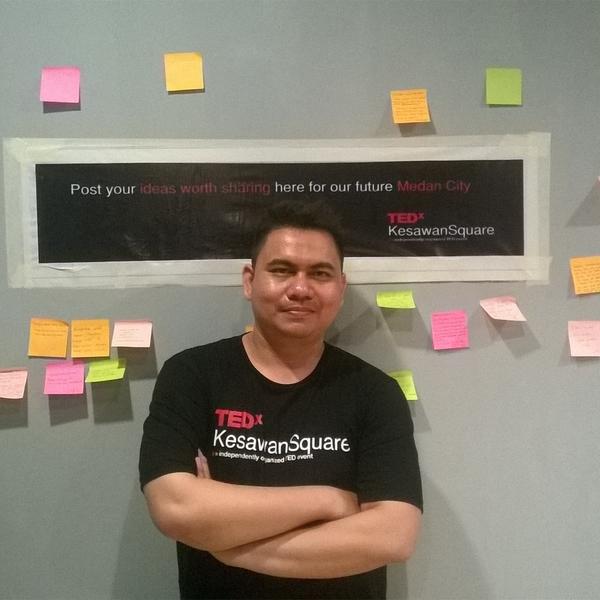