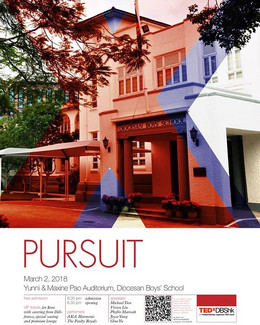 Pursuit is such a relevant topic especially to us youngsters in Hong Kong, and it's no doubt that a lot of people have had the experience of pursuing something; pursuing a career, pursuing a dream, pursuing a certain goal for humanity etc. and so we've invited speakers to share their experiences and ideas on Pursuit

Dr. Gino Yu is world renowned for his work in consciousness, discovery, and leadership and guided by his love of the arts. He has spoken at international events including TED, the Cannes Lion Festival, rAsia, the World Knowledge Forum, the International Music Summit, and the Creative Leadership Summit. He is an associate professor at Hong Kong Polytechnic University. For the last several years, he toured Europe and the United States with this workshop on Entrepreneurship, Innovation, and Self Discovery. He has also run transformational workshops for the management at companies such as Zappos and VisualDNA. He also hosted the 2009 edition of The Science of Consciousness Conference. Currently an Associate Professor and Director of Digital Entertainment and Game Development in the School of Design at PolyU, his main area of research focuses on the application of media technologies to cultivate creativity and promote enlightened consciousness.

Shaped by the circumstances he grew up in since the age of six, as one of the 250 million around the world casted with the spell of atopic dermatitis (eczema), Harrison is deeply fascinated in the mechanisms of such complex disease. He believes that, through personal experiments and scientific ground, a solution to eczema exists, and everyone can thrive, not just survive, living and fighting this condition.

Originally from Hong Kong, Joyce was born in Japan, and also lived in London, Bangkok, and New York City. She has been published in several magazines, and was named one of the Top 100 Photographers around the world by shutterstock.com and have co-founded Random Art Workshop Media with her husband Derek Ting. Joyce was previously a director of Risk Management for American Express in New York and Hong Kong before leaving the corporate job to pursue her passion in photography in 2009, and has not looked back since. She have also produced feature films such as but are not limited to $upercapitalist (Linus Roache, Derek Ting, Richard Ng, Kenneth Tsang), Always (Derek Ting, Danni Wang, Peter Shinkoda, Philip Chan, Ian Buchanan), and Agent (Derek Ting, Carole Weyers, Eric Keitel, Marikah Cunningham).

Hon. Michael Puk-sun TIEN BBS JP is a member of the Hong Kong Legislative Council and Tsuen Wan District Council, convenor of Roundtable, founder and chairman of the G2000 group. He is also the deputy of the National People's Congress, PRC and member of Commission on Poverty. He has served as chairman of the Standing Committee on Language Education & Research (SCOLAR) for 10 years, chairman of Employees Retraining Board (ERB) and chairman of the board of Kowloon-Canton Railway Corporation (KCRC). Michael received his Bachelor of Electronic Engineering from Cornell University and Master of Business Administration from Harvard Business School. He is also an alumni of DBS.

Phyllis Ann Marwah is a co-founder of Mother's Choice, a Hong Kong charity that has provided and promoted loving, nurturing care for babies and children needing permanent homes, and for single girls and their families facing crisis pregnancies since 1987. Phyllis grew up in Taos, New Mexico, and studied education at Grace College, the University of Hawaii and the University of Washington. She has lived in Hong Kong since 1974. Phyllis has helped to grow Mother's Choice from a small group of concerned friends to an organization that has impacted thousands in Hong Kong and inspired sister organizations in India, China and Cambodia. She is also a mother to 7 children, and grandmother to 10 grandchildren. Phyllis' children live in Hong Kong, London and Los Angeles, and have been inspired by her work with women and children in Asia.

Born in Germany and graduated from Oxford with a Masters Degree in Mathematics and Computer Science, Till has since travelled the world and gained work experience in education and management in various countries. He joined ICE in 2011 to build a foundation for expansion to greater China, and is now running ICE in Hong Kong as General Manager, overseeing 200% revenue growth in 3 years. He is an experienced public speaker (6 times TEDx and 10+ international forums/panels/conferences) as well as trainer and facilitator.

Vivien Liu is an architect, photographer and founder of Studio UNIT, an interdisciplinary studio focused on Architecture, Interior Design and Photography. Prior to founding Studio UNIT, Vivien worked as an architect at Rem Koolhaas’ OMA and Kohn Pedersen Fox Associates (KPF). Vivien attended the University of Waterloo, graduating with a Bachelor of Architectural Studies, and went on to study at Harvard University’s Graduate School of Design, where she was awarded the prestigious Clifford Wong Prize in Housing Design. Five years ago, Vivien discovered a passion in photographing the urban density and architecture of Hong Kong and around the world. Since then, her style has broadened to include portraiture, natural landscapes and product photography. Her work is trusted by a wide range of clients including Jack Daniels, American Express, Huawei, Samsung, Sony, and The Hong Kong Tourism Board. 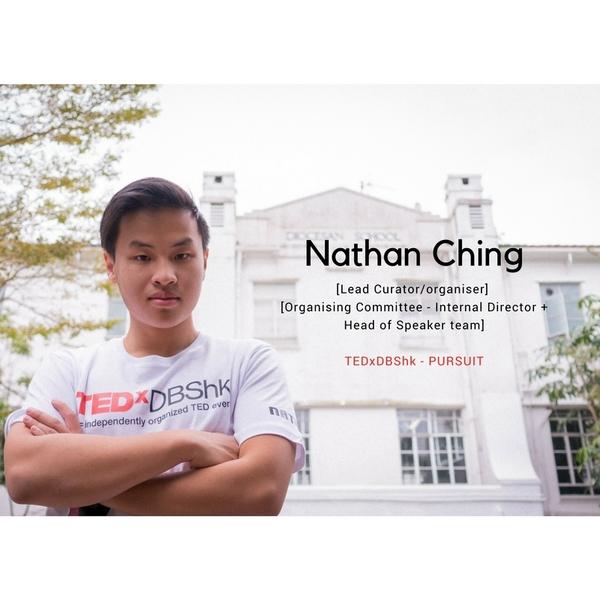 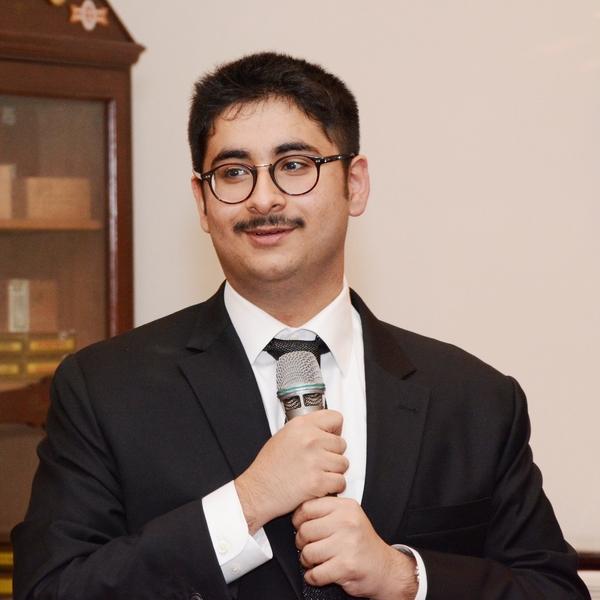