Theme: Out of The Box

Andrés Villamizar is an architect, visual artist, university educator, researcher and facilitator. He has taught architecture, English and Spanish since the early 2000s in Colombia and Australia, and is fascinated by the interactions between language and culture and the power of visual communication. About the talk: Unpacking the global language of images Intrigued by the use of images in English language programs for overseas students and migrants in Australia, Andrés explores how educators see the role of graphics, television, websites, artworks and many other communication media in today’s adult classrooms. Worldwide research supports that literacy in the 21st century means far more than being able to read and write, yet how the development of visual literacy is fostered in adult education isn’t clear. Andrés walks us through the idea that the ability to understand, interpret and produce images should be central to education across disciplines and at all ages and literacy levels.

Eliza Li is a Monash University biomedicine/commerce scholar, entrepreneurship ambassador, public health researcher and humanitarian global health volunteer. Eliza is also founder of Reach In Education (www.reachineducation.com), where she is creating a culture of encouraging entrepreneurship in high schools. She teaches high school students how to think more entrepreneurially to turn their wild ideas into reality. At 20, Eliza has been nominated for the 2018 Victorian Young Achiever of the Year for Social Impact, had her public health research cited in the Medical Journal of Australia, been named the youngest Women of Significance by Ruyton Girls’ School and is the youngest migrant founder selected by the YGAP First Gens Accelerator Program. Eliza frequently speaks at conferences and leadership camps, inspiring young girls to be as ambitious as their dreams.

Fleassy Malay is an Internationally renowned, evocative and powerful spoken word artist, speaker and coach from the UK. She runs Melbourne’s acclaimed Women's Spoken Word event, Mother Tongue. A passionate, powerful, vulnerable and honest performer who's words and courses leave a profound impression. With a theatrical and yet deeply authentic performance style, she is renowned for captivating her audiences with depth, honesty, and humor. In 2017 she published her book of poetry, Sex and God, performed interstate and internationally and was awarded the honor of becoming the first women to represent Australia at the National Poetry Slam, Denver, Colorado. In 2018 her poem, Witches, went viral on International Women's Day with over one million views in 3 days. Fleassy Malay has over 20 years of stage experience and half a decade of facilitation experience teaching her life-changing Authentic Public Speaking course, SpeakUP.

Defron is an English-Australian hip-hop artist and writer from Melbourne. He won the National Revolver MC Battle in 2009 and was a Victorian state finalist in the Australian Poetry Slam in 2013 and 2017. Defron's music has received airplay on Triple J, Triple R, PBS and FBI among other local and national radio stations. His writing has appeared in Supanova, Tone Deaf, Overland, Kill Your Darlings, Going Down Swinging, Verandah and Voiceworks, and in 2011 Defron was shortlisted for Deakin University’s Judith Rodriguez Prize. As well as an artist and writer, Defron is also an experienced community facilitator. He runs the hip-hop and electronica department at non-profit youth music organisation The Push as well as delivering freelance hip-hop, writing and poetry workshop facilitation across the state working with Royal Children’s Hospital, Clown Doctors Australia, Melbourne Recital Centre, Deakin University and others.

Senior Lecturer in the Department of Marketing at Monash Business School

Peter Wagstaff (Wags) is a Senior Lecturer in the Department of Marketing at Monash Business School. Over his 20+ year teaching career he has won numerous teaching awards nationally and globally for his innovative approaches to higher education. In 2017 he was listed as one of the top 40 flipped learning leaders in higher education worldwide, and it's no wonder why! About the talk: Universities are operating under a model that is hundreds of years old, inappropriate and unfamiliar to the expectations and needs of their 21st-century students. Dropout rates are at an all-time high, disengaged students are absent from classes, and graduates are questioning the relevance of their qualifications in the workplace. In this talk, Peter Wagstaff shares lessons from a diverse range of industries that have been to the brink of obsolescence and survived – and concludes with a vision of a reinvented higher education system.

Shadé Zahrai is an author, consultant, former lawyer, trainer, accredited coach, speaker and Australian champion latin dancer. Shadé specialises in translating positive psychology and neuroscience research into simple, easy-to-apply strategies to enhance performance and wellbeing. She is passionate about empowering women and minorities to challenge unconscious bias, drive inclusion and advance equality in the workplace and our communities. Learn more at www.shadezahrai.com. Her mission is to help make the world a better place – One happy person at a time.

Silva Wei, Co-founder of Hoodic Silva was originally an international student from China and he has been in Australia for more than ten years gaining various professional experiences in IT, education and business. He is an entrepreneur and educator who wants to empower others to succeed. About the talk: We can't change the past or control the future, what we own is the moment of now and we need to use it wisely to create a better future. Silva is going to share his personal story about an extremely difficult period he went through with his family four years ago, which almost destroyed him. However he was led by the situation to learn a powerful mindset and turned it into practice to eventually overcome the challenge.

Stephen's topic is: "From Campaigns to Movements - Transforming the Culture, Impact and Legacy of Enterprise" Stephen Scott Johnson is an expert in change leadership with a passion for purpose-driven culture and movements. He helps people and organisations transform their impact and legacy. About the talk: Stephen is the author of EMERGENT - Ignite Purpose | Transform Culture | Make Change Stick (Wiley 2017), an essential guide for conscious leadership. In this talk, Stephen unpacks the rise of the Connection Economy and the paradigm shift from media-dependent awareness and campaigns to people-powered advocacy and engagement. Why do 70% of enterprise transformations fail? Can the principles that spark and sustain influential movements such as #METOO, #NEVERAGAIN and #VOTEYES be harnessed to transform the culture and impact of organisations? The answer is yes – and Stephen shows the power of this irrefutable truth.

Tuya Gombosuren is an international student graduating from Monash with a Master of International Relations. She was born and raised in a nomadic tribe in Northern Steppes of Mongolia. Her curiosity to explore the world beyond her motherland led her to Beijing where she had a successful career in the area of diplomacy. Though she loved her vibrant expat lifestyle in Beijing, she found herself restless in this intensely crowded city that never sleeps. Tuya found her peace in the practice of yoga and meditation and has spent the last ten years learning, practicing and integrating this ancient philosophy into her daily life. Tuya is now an internationally accredited yoga instructor and a founder of iBreathe Mindful Initiative. In this talks she will share her personal experience on how mindfulness helped her during her studies and she will teach the audience a "Breath Work" to stay grounded and creative. 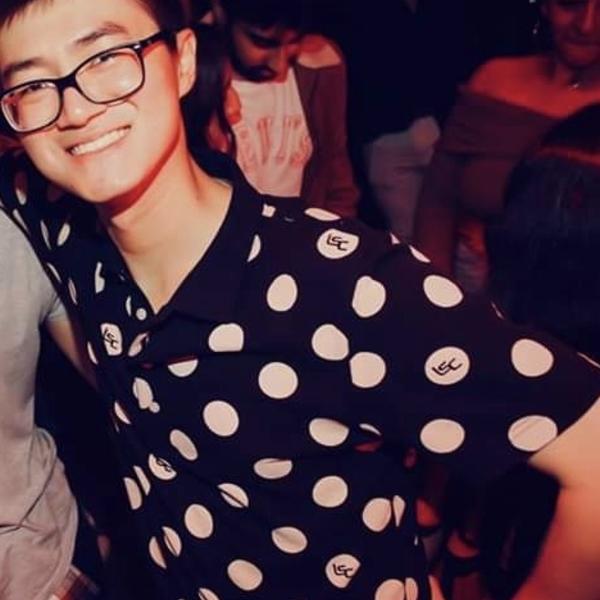