Come along on a journey with TEDxLosGatos to celebrate and connect with status-quo challengers, original thinkers, outer-edge explorers, benders, breakers, paradigm shifters, and future shapers of every stripe. Dare to think. Dare to imagine. Dare to thrive. Whatever your gift, find the courage inside you and dare to bring it to life.

Dan Gluesenkamp is Executive Director of CNPS and works to celebrate and save California’s globally significant flora. Dan earned his Ph.D. in Integrative Biology at UC Berkeley, and previously directed Habitat Protection and Restoration for Audubon Canyon Ranch’s thirty preserves. A co-founder of the California Invasive Plant Council and of the Bay Area Early Detection Network (BAEDN), in 2009 Dan discovered a presumed-extinct Franciscan manzanita plant growing on a traffic island at the Golden Gate Bridge.

David Bartley is a nationally recognized speaker, writer, and trainer on the topic of mental health. David is a member of the Placer County Mental Health Drug and Alcohol Advisory Board (MHADAB) and sits on the Board of Directors for the local chapter of the Depression Bipolar Support Alliance (DBSA), and Bread of Life, a community-benefit educational non-profit. He is also a member of the National Alliance on Mental Illness, the International Association for Youth Mental Health, the National Storytelling Network’s Healing Story Alliance, and the Stability Network. He holds certifications in Mental Health First Aid for Adults, Mental Health First Aid for Youth, SafeTALK (Suicide Awareness for Everyone), and QPR (Question, Persuade and Refer) an innovative suicide prevention technique. David has been invited to speak before a wide range of audiences across the country, giving keynote speeches and leading workshops on the topics of mental health, employee engagement, student wellbeing, and congregational care to organizations such as the United States Food and Drug Administration, Sutter Health, UC Davis, Sacramento State University, William Jessup University, Lyft, Vision Service Plan, CalPERS, Caltrans, the United Methodist Church, the California Highway Patrol, the Sacramento Sheriff’s Department, and Folsom State Prison.

Eric is an internationally recognized keynote speaker, writer, spokesperson, consumer and medical advocate and a Los Gatos native. At 35, he was diagnosed with acute lymphoblastic leukemia and given only days to live. His inspiring journey of recovery has led him to found the CrowdHealing Movement, and he currently is serving in his 13th year as Chairman of The WeHeal Foundation, global medical advocate platform. (www.WeHeal.org). He is a serial entrepreneur and continues to lead many business and technology projects around the world, most with a philanthropic benefit.Eric has been featured on the cover of MSN.com and in major news publications throughout the US and Europe including the New York Times, Wall Street Journal, and USA Today. He has appeared in countless TV and Radio shows including “CNN Morning Show”, “Dateline NBC”, “NPR Market Report”, “Montel Williams”, “Geraldo”, “The Security Brief”, and CNBCs “The Big Idea with Donny Deutsche”. Discover Magazine did a large feature on Eric, and so have many other periodicals. He has done over 200 keynote presentations at medical centers, academic institutions, conferences and conventions around the world, inspiring and educating a broad range of audiences.

J Mase III is a Black/trans/queer poet & educator based in Seattle by way of Philly. As an educator, Mase has worked with community members in the US, UK, and Canada on the needs of LGBTQIA folks in spaces such as K-12 schools, universities, faith communities and restricted care facilities.He is founder of awQward, the first trans and queer people of color talent agency. His work has been featured on MSNBC, Essence Live, Everyday Feminism, Black Girl Dangerous, the New York Times, Buzzfeed, the Root, theGrio, the Huffington Post and more. His current projects include being the head writer of the theatrical production, Black Bois and being co-editor of the #BlackTransPrayerBook.

Jon Cohen is Chief Research Officer at SurveyMonkey. Jon joined SurveyMonkey in January 2014, bringing more than two decades of research, polling and data science expertise to the company’s portfolio of products and solutions, as well as strategic direction for future innovations. Previously, he was Vice President of Research at the Pew Research Center. As Director of Polling and Polling Editor, he also led The Washington Post’s polling operation through two presidential campaigns and four congressional cycles, as well as numerous gubernatorial and mayoral elections. Prior to the Post, he was a polling expert at ABC News and the Public Policy Institute of California. He is an active member of the American Association for Public Opinion Research (AAPOR) and previously served on AAPOR’s Executive Council, also as the president of its Pacific Chapter, PAPOR. Jon earned an MA in Political Science from the University of California, Berkeley, and a BA in History from Johns Hopkins University.

Kay Radzik was born in Japan and is an Architect from Reno, Nevada. She earned a Bachelor of Architecture from California Polytechnic State University, San Luis Obispo, California, and is currently Project Architect at a Design/Build company. She is a member of American Institute of Architects, the Mars Society, and the Planetary Society; is a regular judge in the yearly International University Rover Challenge; and is on the Management Team of the Mars Desert Research Station (MDRS) located in the middle of the Utah desert. She is known for her loyalty, compassion, tenacity, and attention to detail. Kay has long been an advocate of human settlement on Mars, and is currently a Round 3 Candidate with Mars One – one of the “Mars 100”. Their aim is to establish a permanent human settlement on Mars; they are a global initiative whose goal is to make this everyoneís mission. Sending humans to Mars is a phenomenal undertaking by all standards and presents very real risks and challenges. Problem-solving and taking any project to fruition with her team is her passion. Gardening and growing food is her hobby. Reading books is her obsession. She strives to achieve knowledge, reason, honesty, and grace in Science and Architecture. With her diverse skills and life experiences, her aspirations to be one of the first settlers on Mars may just become a reality.

Kristin Kusanovich is a modern/contemporary dancer and theatre artist who has directed, choreographed and produced solo and ensemble works in dance, drama, musical theatre, opera, film and video. She received her MFA in Choreography and Performance from NYU’s Tisch School of the Arts and her BA from Santa Clara University in Dance with a minor in Mathematics. Kristin is an international presenter, published author and researcher in applied performance using transdisciplinary research methods, and formerly served as Artistic Director of Kusanovich Dance Theatre of Minneapolis. She currently choreographs and directs professionally for Bay Area theatre companies and Kusanovich Dance of San Francisco. She is a Senior Lecturer at Santa Clara University in the Department of Theatre Dance and the Child Studies Program where she teaches in the areas of kinesthetic learning, creative methods in the visual and performing arts, technique, composition and design thinking in dance, culturally responsive teaching, collaboration in theatre, and the business of the arts. Her work honors the inherent value of immersion into the artistic process as well as the instrumental value of the arts to such aims as personal and communal resiliency, diplomacy, civic engagement, social justice, cognition/intellectual achievement, peace-studies, spirituality and human/environmental flourishing.

Michael is an internationally recognized physician, researcher, and public health professional with his work in infectious diseases including HIV/AIDS, hepatitis, sexually transmitted diseases, and maternal-fetal health. He received his undergraduate training at Pomona College and the University of Arizona. He attended Georgetown University School of Medicine and conducted research at the National Institutes of Health while in medical school. After completing his graduate medical school training at Boston City Hospital, he served on the faculty at both Harvard Medical School and Stanford University School of Medicine. He has lectured extensively throughout the US and internationally. He lived in Tanzania where he treated patients with HIV and tuberculosis. In 2009, Dr. Harbour was recruited to Merck and Company to assist in the development of HIV and HCV medicine development. He is an expert in medical and scientific affairs, pharmaceutical medicine development, medication adherence, and patient-centered innovations in healthcare. He held the office of Global Executive Director for Infectious Diseases within the Office of the Chief Medical Officer at Merck. He now serves as the Chief Medical Officer of ConnectWell, a public-private partnership with UC Berkeley School of Public Health, which is transforming its vast library of health and education information for the digital age. He was an invited guest by President Barack Obama to the White House for World AIDS Day 2015 in recognition of his work and achievements. He has been an invited guest to the World Health Organization in Geneva for work on maternal heatlh. He has recently completed a master’s in Public Health at University California at Berkeley with emphasis on population health and public policy. He continues to practice HIV/AIDS medicine at Santa Clara Valley Medical Center, a Stanford affiliated hospital, and lectures at Stanford University School of Medicine. He is a recipient of Joseph and Rose Kennedy Scholarship for Bioethics at the Kennedy Institute of Ethics at Georgetown University as well as the recipient of the AIDS Coalition of Silicon Valley Achievement Award.

Rediet Abebe PhD candidate computer science, Cornell University, Co-Founder, Black in AI & Mechanism Design for Social Good Rediet Abebe is a computer scientist with a strong interest in the promotion of equality and justice. She co-founded and co-organizes Black in AI, an international network of individuals focused on increasing the presence and inclusion of Black and African researchers in artificial intelligence, as well as Mechanism Design for Social Good, a group that aims to use techniques from algorithms and AI to improve access to opportunity for all. Rediet believes that these disciplines can be a powerful tool for understanding and mitigating socioeconomic inequality. Her work has been deeply influenced by her upbringing in her hometown of Addis Ababa, Ethiopia, where she lived until moving to the U.S. in 2009.

Spencer Harrison is an Associate Professor of Organizational Behavior at INSEAD. His area of expertise focuses on three areas: 1) Creating: how do managers and leaders help people be creative together; 2) Coordinating: how do groups and teams work together in patterns that lead to optimal outcomes; and 3) Connecting: how do people connect with the organizations they work for. He works with Fortune 100 firms to dial in not only how new employees can better adjust to their work, but also how these companies can actually learn from their new employees. When it comes to the role of curiosity in organizations, the literature has almost exclusively been published by Spencer, including articles on the foundations of the role of curiosity in organizations, curiosity as a driver of creativity, and pliable guidance. Professor Harrison has conducted research projects with Google, NASA, and Black Diamond, and his various research work has been recognized by the academic community through multiple awards, as well as published in top management journals including the Academy of Management Journal, Organization Science, Journal of Applied Psychology, and the Journal of Management. Professor Harrison is the Division Chair for the Managerial and Organizational Cognition of the Academy of Management. He is also a co-founder of the Creativity Collaboratorium, a working group of the world’s top-cited creativity scholars. He serves on the editorial boards of the Academy of Management Journal and the Academy of Management Discoveries. 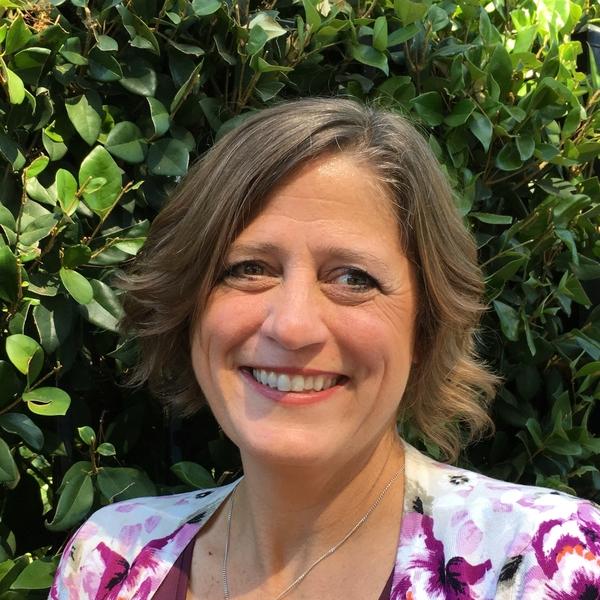