Irene Au is Design Partner at Khosla Ventures, where she works with early-, mid-, and late-stage startup CEOs. She is dedicated to raising the strategic value of design and user research within software companies through better methods and practices, processes, leadership, and quality. Irene has unprecedented experience elevating the strategic importance of design within internet companies, having built and led the entire User Experience and Design teams at Google (2006-2012), Yahoo! (1998-2006), and Udacity (2012-2014). She began her career as an interaction designer at Netscape Communications, where she worked on the design of the internet’s first commercial web browser. Irene also teaches yoga at Avalon Yoga Center in Palo Alto where she is among the teacher training program faculty and is a frequent author and speaker on mindfulness practices, design, and creativity. Irene has been featured in Wired magazine, Fast Company magazine, and soon on the cover of Mindful Magazine.

Jason Kilar has invested his career in creating, building and/or scaling companies that obsess over customers. In the spring of 1997, Jason was fortunate to join a relatively small, private company that sold books over the internet. Over the next 9 years, Jason served in a variety of leadership roles at Amazon.com, eventually reporting to founder and CEO Jeff Bezos. Jason ran Amazon's books, music, and video businesses across North America and, following that, Worldwide Application Software. In 2007, Jason became the founding CEO of Hulu, the award-winning video service. Hulu grew from its inception in 2007 to over $1 billion in revenue by 2013. In the fall of 2013, Jason co-founded and became CEO of Vessel, which was recently acquired by Verizon. Jason began his career with The Walt Disney Company. He received his M.B.A. from Harvard Business School and is also a graduate of UNC-Chapel Hill. Jason serves on the Boards of Univision, Wealthfront and Habitat for Humanity International.

Lori Marino is a neuroscientist and expert in animal behavior and intelligence, formerly on the faculty of Emory University, where she taught for twenty years. She is president of the Whale Sanctuary Project, whose mission is to create the first seaside sanctuaries for captive orcas and beluga whales in North America, and executive director of The Kimmela Center for Animal Advocacy, which focuses on bridging the gap between academic scholarship and animal advocacy efforts. Lori has published over 130 peer-reviewed scientific papers, book chapters, and magazine articles on dolphin and whale brain evolution and anatomy, cognition and self-awareness, captive dolphin and whale welfare, and, the ethics of human-nonhuman animal relationships. She has also appeared in several documentaries, including Blackfish, about the orca captivity industry, and Unlocking the Cage, about the Nonhuman Rights Project’s effort to gain legal personhood for other animals.

Raja GuhaThakurta is a Professor of Astronomy/Astrophysics at the University of California Santa Cruz. He studies the formation and evolution of galaxies large and small, with a focus on the assembly of their dark matter, chemical enrichment, and star formation history. He is the founder and faculty director of the successful Science Internship Program, a program in which high school students are mentored by UCSC researchers and work on cutting-edge STEM research projects. He is also the cofounder of the recently launched Global SPHERE Network, a community of practice for STEM researchers who engage high school students on open-ended or pre-scripted research projects. GuhaThakurta was a 2018 Raymond and Beverly Sackler Distinguished Lecturer at Tel-Aviv University, visiting faculty at Google in 2015, recipient of the National Research Council of Canada's Herzberg Memorial Prize and Fellowship in 2001, and an Alfred P. Sloan Fellow in 1997.

Roni Zeiger is a social entrepreneur who studies and builds communities to improve health. He is the former Chief Health Strategist at Google and currently the CEO of Smart Patients, an online community platform where patients and families affected by a variety of illnesses can learn from each other's knowledge and experiences. Roni earned his M.D. at Stanford University and completed his internal medicine residency at the University of California, San Francisco. He has served as a clinical instructor of medicine at Stanford University School of Medicine and received a master's degree in biomedical informatics from Stanford. Roni is also a Community Staff Physician for urgent care patients at Santa Clara Valley Medical Center.

Chief Planning Officer at the Stanford School of Medicine

Sean Hennessey brings an international perspective to healthcare strategy. A native of California, he has lived, studied, and worked in Germany, Japan, and the United Kingdom, in addition to the United States. Sean is the Chief Planning Officer at Stanford School of Medicine, where he leads an integrated strategic planning team across the medical school and its affiliated hospitals. He first caught the healthcare bug as a consultant at McKinsey &amp; Co. in London, where he worked with healthcare systems across Europe, especially the NHS in England. Sean also worked at Kaiser Permanente before joining Stanford Medicine. Sean currently lives in San Francisco with his husband and two cats. 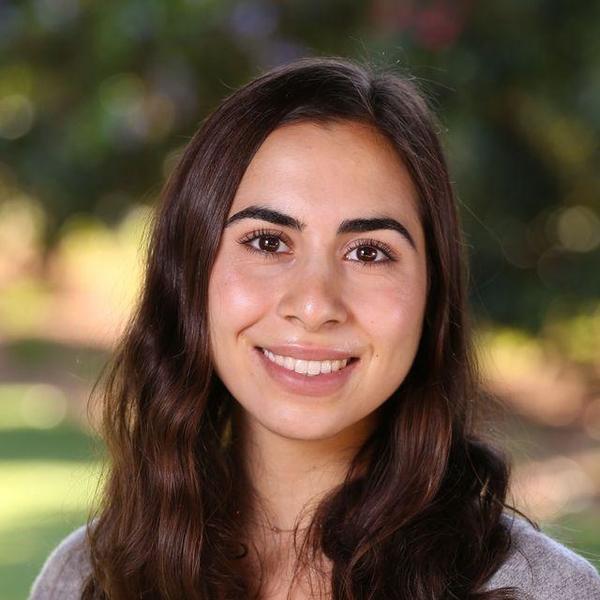