We introduce to you a world of Democracy of Ideas – Ideas for the people, by the people and of the people.
Ideacracy is all about exhibiting the power of ideas. In Greek the word ‘cracy’ means a kind of rule and Ideacracy means The Rule of Ideas. TEDxSIULavale 2018 shall be the plethora of ideas which shall stimulate the spirit of the entire audience. Being a college campus, the speakers shall provide the necessary fuel to ignite a purpose in the young minds to propel their valuable ideas or come up with newer ones of their own. With the ‘hashtag’, we intend to make our wave of ideas viral.

Aneesha has been teaching for over seventeen years as a master instructor and principal dancer. She studied ballet for six years and has undergone training at international dance institutes like the Debbie Allen Dance Academy, Harbor Dance Center and Pineapple Dance Studio. Voted as one of the ten fittest women in India by Vogue, Aneesha was fondly referred to as Madonna Madam by Shah Rukh Khan in the film Rab Ne Banadi Jodi. Aneesha also received IBN 7 Guru Shishya Award with Shiamak. She has modeled for Coke, Close Up, Reliance Samsung, Samsung washing Machine, Liril, Elle 18 and Adidas. Although a much sought after model, Aneesha has dedicated her life to dance. She is a certified Zumba instructor, Reebok trainer and received a distinction in her examination at The Royal Academy of Dance, London. She is currently the National Head for Instructors. She is a part of Shiamak's contemporary dance show Selcouth.

An empathetic, resilient and inspiring personality, Mahesh Chauhan has been amongst the top 20 most influential people in advertising each from 2006 till 2010. With over 25 years of experience in hands-on Advertising, Brand Management and General Management, Mahesh is the Founder of SALT BRAND SOLUTIONS.His career involves working across both MNCs and Indian Companies and with large global networks in India like Ogilvy, Rubicam, Leo Burnet to name a few.

Manoor is the chief Canine student at Canines solutions private limited. Manoor bringing 8 years of animal love experiences across multiple species, like canines, wild dogs, connecting to animals from various habitats like, swamps, slaughterhouses, road injuries, abandoned from homes, and from bring euthanised. He also caters to animals at various stages of life, like puppy adoption, home introduction, behaviour modification, anger management, medical rehabilitation are some of the things he specialises in. In past 8 years under the brand of CSPL ,Manoor has rehabilitated about 3000 animals and corrected some 4000 human - animal interactions through his one on one Counselling sessions, resort and community work. For his ground-breaking approach he has been featured on many local and international News Networks, local & national newspapers, magazines and Actuality Programs including Discovery’s “India’s Best Job” and NDTV’s “Heavy Petting”.

Journalist + Co-Founder and Editor at The MoneyMile

Mitali Mukherjee is one of the most well known faces in the world of business journalism in India. With over 15 years experience in the television industry, she has handled a wide range of issues — from politics to global & local economics. She was previously News & Markets Editor at CNBC TV18 for over a decade. She has also worked with the TV Today group, Doordarshan (India’s National Broadcaster) & BBC World. Mitali has also worked on issues of socioeconomic importance with organisations like The World Bank & gender compensation with the Indian Express .

Mithilesh is a Coffee Q-Grader; one among the only 20-odd in India, a Coffee Roaster, Taster and Trainer, a Consultant to cafes & Roasters with several ongoing National and International Projects. He was also a keynote speaker at the India International festival, that was recently held in Bengaluru and his talk on 'Global Brewing Trends' was well received by top Industry experts. Mithilesh has undergone intensive trainings reiterating his belief that it takes uncompromising hours, working even 18 hours a day to back all those childhood dreams.

Advocate Prashant Mali is an Internationally renowned Cyber Law & Cyber Security Expert, Author & Bombay High Court Lawyer based out of Mumbai, India. He is also Founder President of the award-winning premier technology Law Firm "Cyber Law Consulting ". This year He has been awarded by the hands of eminent Jurist Soli Sorabjee as "Best Cyber Lawyer 2017” in India legal summit n Awards. In 2016 was awarded as “Cyber Security Lawyer of the year-India by Financial Monthly magazine of U K and in past been awarded as "Cyber Security & Cyber Law Lawyer of The Year:2014" by Indian National Bar Association. He is Masters in Computer Science & Masters in Law with certification in Computer Forensics & Systems Audit with working experience in the field of IT Security & Law for more than 20 Yrs. He has been interviewed by almost all National TV Channels and Quoted by leading Newspapers of India & abroad like Times of India, Business Standard, AsianAge, Bloomberg News to name a few.

Punya Arora, is a Punjabi by nature and South-Indian at heart and a self proclaimed Biryani connoisseur! Her style of comedy is observational, light-hearted and may involve more than one accent. Punya has been featured on every major stand-up stage across India and her work has been covered by print, radio, Buzzfeed and Huffingtonpost India. She is in love with underwater photography, travelling and life in general. She's also a professional photographer and a visiting faculty at Light & Life Academy, Ooty.

Writer and Director with Dharma Productions

Sonam Nair is a writer and director currently working in the Indian entertainment industry. After working as an assistant director with Ayan Mukerji and Vishal Bhardwaj, she wrote and directed her own feature film ‘Gippi’, produced by Dharma Productions. Since then, Sonam has directed web series, television, commercials, and short films. Her short film ‘Khujli’ received much acclaim, including a Best Actor in a Short Film Filmfare Award for its leading man Jackie Shroff. 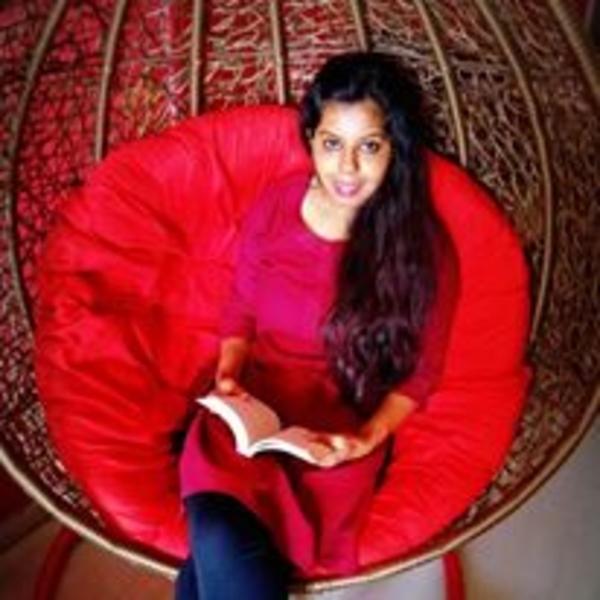