Fear is the oldest of human emotions; it allowed us to evolve into the planet’s dominant species and survive when predators were a genuine threat. Now, in the modern world, is there still a place for fear? We fear failure, the unknown, the other and even ourselves. Without help, our fears spiral and overwhelm.

Now imagine a world free from fear. What could we accomplish if we fear less?

Let’s fail fast, dream big and make the world a better place. Now is the time to renounce fear and be unstoppable!

Adam Pearson is an award-winning campaigner, actor and presenter. He was nominated for UK Documentary Presenter of the Year at the 2016 Grierson Awards. Adam fronted the critically-acclaimed documentaries Horizon: My Amazing Twin (BBC Two), Adam Pearson: Freak Show (BBC Three) and The Ugly Face of Disability Hate Crime (BBC Three), as well as being a reporter on Tricks Of The Restaurant Trade Series 1-3 (Channel 4) and The One Show (BBC One)

Andrew Caress is a passionate advocate for supporting the mental health needs of children and young people. A qualified teacher and youth worker, with experience working in both primary and secondary settings, in 2012 he developed depression and anxiety and left the teaching profession to raise awareness of mental health issues in children and young people. As a mental health trainer with the Charlie Waller Memorial Trust, he runs workshops for children, parents, and school staff on all aspects of mental wellbeing including understanding depression and anxiety, self-harm, eating disorders, suicidal ideation and creating a mentally healthy school.

Ben has worked in the Third Sector for 5 years, climbing up to a Fundraising Manager position at Cancer Research UK and now looking to put his experience, drive and dynamic personality to inspiring social change with his own charitable project – Enlighten UK. An obvious drama graduate, Ben won't let his fire for developments in equality dim – focusing on challenges surrounding the LGBTQ+ community, gender, race and religion in the education system.

Dr. Caroline Horton directs the DrEAMSLab at Bishop Grosseteste Univeristy in Lincoln, and is a Reader in Psychology (Cognition and Consciousness). Caroline has focused her academic career researching relationships between sleep and memory, often by sampling dreams to measure cognitive activity during sleep. Caroline has conducted and published numerous experiments and studies in this field. Caroline presents her work nationally and internationally, and promotes sleep hygiene to facilitate optimal mental and physical function. Caroline also defends dream research as a scientific discipline, as well as the right to sleep whenever possible!

Cathy has a lifelong passion for helping everyone achieve their full potential; it’s fueled both her career and her life choices. She’s worked extensively in science, business and managerial learning and development, education consultancy and social enterprise. She was acutely aware of the value of developing excellence in the ability to communicate and then observed as a school governor that the development of these vital skills is almost entirely absent in our state education system in England. As a result, she founded the award winning FIND YOUR VOICE programme, which helps children and young people become confident communicators that value eloquent communication as a habit for life success.

Experimental Sonic Machines is a one-person & a robot sci-fi music act with home-made instruments & costumes which began in 2010, based at Lincoln UK. All ESM's music is original, with homemade music machines using paper discs as programs. There's also my robot drummer Ernie. There's a set of original songs, but it can tangent off into improvisation - no gig is the same. ESM have notably performed at The MS Stubnitz at Canary Wharf London, Lost Voices in Liverpool, The Chameleon Arts Cafe in Nottingham. They have also performed at Raw Power Festival, Leigh Folk Festival, Belper Goes Green, Festival 8, Northern Green Gathering, and Britain's Got Talent.

Fran has over ten years’ experience working as an academic, filmmaker and campaigner on environmental change and conflict, with a focus on Cambodia. As such, she benefits from multiple perspectives to understand and address the violence and repression facing environmental defenders. Fran Produced and Directed the film, “I am Chut Wutty” that tells the story of murdered forest defender, Chut Wutty. Banned by the Cambodian government in 2016, the film was subsequently viewed over a million times. As an organizer of the 2017 Not1More Forest Defenders Conference, she has worked at the forefront of international strategy development to address the global crisis in violent conflict experienced by environmental defenders.

Jacob Zylka-Zebracki is a citizen of the world, born in Poland, currently living in Lincoln. Half artist, half sociologist, half physiotherapist who adores to question and to be questioned. Jacob loves mountains and lessons they teach and decided to build his business around mindfulness in nature. He is a husband and a father who wishes there were thirty hours in a day and eight days in a week. Author of “The Gratitude Guide”, tries and fails at leaving Plato’s Cave. Jacob does not shy away from risks despite fear, embraces life’s challenges, above all loves a good conversation

Joshua is currently studying Education Studies & Applied Drama at Bishop Grosseteste University. He believes passionately that drama and the theatre hold great potential in shaping society. Joshua is passionate about improving the lives of others; whether working with Bishop Grosseteste University Student Union, or his Anti-Bullying work which earnt him the Diana Award Anti-Bullying Champion in 2014. When he’s not on the stage or campaigning, he can usually be found supporting the Lincoln City Football Club, he is a massive football fan!

Martin Scheuregger is a music analyst, composer and percussionist; he is a Lecturer in Music at the University of Lincoln and Artistic Director of contemporary music group Dark Inventions. His approach to research combines musical analysis and composition to explore how listeners perceive – and composers conceive – contemporary classical music. His music has been performed across the UK and abroad, and he regularly speaks at international conference on a range of music topics. As a musical curator, Martin develops and produces projects that include new commissions, recordings and innovative performance events.

Ruchi Aggarwal is a Marketing and Strategy professional with over 2 decades of multi-industry, cross cultural experience in UK and India, with a track record of success and innovation. Ruchi has worked with diverse industry sectors – Sports at Scottish Rugby at Edinburgh; Telecom at Vodafone in India; IT at Microsoft, in India - before joining the Higher Education sector with us at the University of Lincoln in September 2016. She was Microsoft India’s representative to the Anita Borg Institute which runs the renowned Grace Hopper event for Women in IT. At the University of Lincoln, Ruchi is closely aligned to the Eleanor Glanville center that works towards the D&I agenda of the University.

Entrepreneur Sam Owen started salted orange food company in 2014 specialising in weddings and outside events in the years that followed his since they opened three new companies as well as maintaining an ever-growing Salted Orange Food Co. with an insight into the hospitality industry Sam has seen areas for development and improvement which is lead to new and exciting opportunities for the hospitality sector.

Sarah is a Lincoln based singer songwriter whose style is quite candid and autobiographical, which she hopes makes my music relatable. She is currently self-recording her first EP and is a regular performer on the Lincoln music scene as well as having done gigs further afield. Sarah is also one of the three women behind Women in the Arts in Lincoln. Their aim is to encourage and support female artists in Lincoln. After the success of their first show (which sold out) they are hoping to do another event very soon.

Sharron Frammingham is the founder of 70x7 Ltd. 70x7 Ltd work with all ends of the spectrum from international business leaders to offenders and those who have been long-term unemployed enabling them to thrive. 70x7 Ltd exists because wherever we start from we all face obstacles in achieving our potential and just require a little encouragement from time to time. They have developed the Octagonal Mindset as a tool to enable clients to move from survive to thrive regardless of what they have, where they come from or whatever comes their way.

An award-winning business leader, human capital innovation consultant and chair of senior executive forums. With an impressive track record working internationally for some of the world’s leading corporations, Sue helps board level decision makers to successfully shift their thinking, develop themselves and grow their organisations. Creating a fresh climate for change, Sue enables innovative thinking and new solutions to challenging business issues.

Syreeta Challinger and Rob Mackenzie are a creative couple, with a powerful story. Both designers, they met whilst living and working in Hong Kong. Urban nomads, they were never still. But life and tragedy stopped them in their tracks when Rob suffered a brain haemorrhage and stroke in September 2014, whilst on holiday in Sydney. Returning to Rob's hometown of Lincoln to be with family, Syreeta founded lifestyle brand and studio, Moments Of Sense & Style, MOSS. Born from a desire to create light out of the darkness; MOSS is an innovative and conceptual approach to dealing with their life changing events. Syreeta balances this alongside Rob's care and ongoing recovery. MOSS, is more than just a brand; it's the foundations of their new path.

The Life & Times of The Brothers Hogg

The Life and Times of the Brothers Hogg hail from North East Lincolnshire and have been performing their own original brand of folky, rootsy, Americana music for the last 8 years. They are known for their soaring three-part harmonies, foot stomping rhythms and immersive storytelling talents. BBC Humberside’s David Burns has described them as a ‘mesmeric’ and ‘absolutely spellbinding’ live band. They perform at various festivals and venues around the UK, and in 2014 started their own music festival, ‘Hawk and the Wren’ which brought original Roots, Blues and Americana to the bands home in the Lincolnshire Wolds. 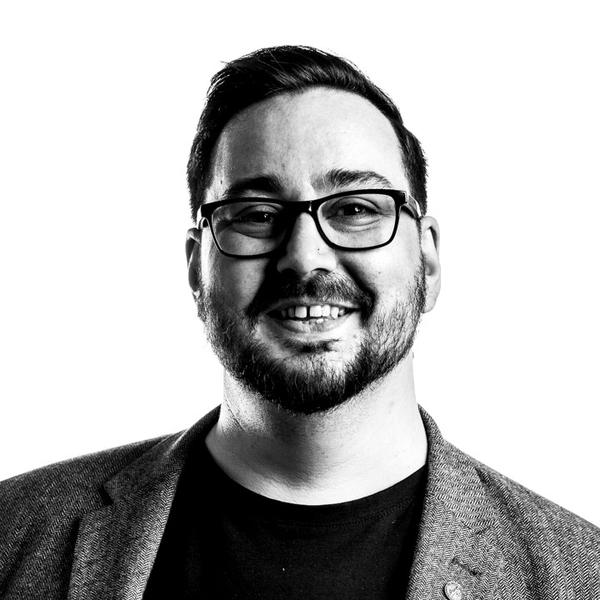