Sociology Professor at University of Pacific

I approach teaching with the assumption that students' situated knowledges are valuable material through which we can understand sociological ideas. In the tradition of C. Wright Mills' The Sociological Imagination, I encourage students to delve into the "public issues" that have shaped their "private troubles." My courses emphasize student-centered learning, and require active participation. To this end, I use a variety of strategies including small groups, activities, projects, current events and the deconstruction of popular media. Students may find this approach more demanding than a traditional lecture model, but are rewarded with strengthened reading, writing, and critical thinking skills. Additionally, I hope students emerge from my classes with a thoughtful, engaged and articulate perspective on current affairs and social interaction.

Bhargav Annigeri is a first-year student at Emory University’s Oxford College. He was born and raised in Portland, Oregon, where his childhood was largely shaped by his parents' passion for their musical roots in India. He and his sister both received classical training in Hindustani styles of music. His musical outlook only grew outwardly from these experiences and from his burgeoning interests in American genres, particularly hip-hop. Bhargav was particularly taken with the fusion of multiple cultures and ideas that modern musical experimentation allows for. An amateur musician himself with a particular interest in sampling, he intends to maintain his musical inclinations, no matter the outcome.

Dr. David Hu is a mechanical engineer who studies the interactions of animals with water. His team has discovered how dogs shake dry, how insects walk on water, and how eyelashes protect the eyes from drying. Originally from Rockville, Maryland, he earned degrees in mathematics and mechanical engineering from M.I.T., and is now Associate Professor of Mechanical Engineering and Biology and Adjunct Professor of Physics at Georgia Tech. He is a recipient of the National Science Foundation CAREER award for young scientists, the Ig Nobel Prize in Physics, and the Pineapple Science Prize (the Ig Nobel of China). He serves on the editorial board of Nature Scientific Reports and The Journal of Experimental Biology. His work has been featured in The Economist, The New York Times, Saturday Night Live, and Highlights for Children. He has defended basic research in a Scientific American article, Confessions of a Wasteful Scientist.

Gerald A. Griggs is an Atlanta attorney dedicated to Equal Justice for All. He is a tenacious trial attorney, a zealous advocate, and compassionate Social Justice Activist. Attorney Griggs has handled thousands cases over his legal career. He is a well-respected litigator known for handling high profile cases. Attorney Griggs participated in the litigation the Atlanta Cheating Scandal Trial, Georgia’s Longest Trial. Further, He has handled countless high profile cases featured on Media Outlets such as ABC, NBC, FOX, CNN, FOX NEWS, CBS, and TV-ONE. His most notable case, Jaheem Herrera, helped launch the National Anti-Bullying Movement and changed the Anti-Bullying Law in Georgia. Jaheem Herrera Case was featured on the Oprah Winfrey Show in the spring of 2009. Since then, Attorney Griggs has traveled all across the country promoting the Anti-bullying movement. He is the Second Vice President of Atlanta Chapter of the NAACP and was recently elected Third Vice President of the State Conference of the Georgia NAACP . Further, Attorney Griggs was a co-organizer of the Atlanta March of Social Justice and Women (Georgia's Largest Civil Rights Demonstration) and is a co-founder of the Georgia Alliance for Social Justice, the Georgia Affiliate of the Women’s March. For his community service, Attorney Griggs was honored for his Community Activism by Congressman John Lewis during the 2016 Congressional Black Caucus Conference in Washington D.C. He has also been honored by the Georgia NAACP and the Atlanta NAACP for his Social Justice Activism.

Associate Professor of Anesthesiology and Surgery

Dr. Joel B. Zivot is the Fellowship Director in Critical Care Medicine. Trained and practiced in the US and Canada, his clinical expertise and research are broad and include care of critically ill patients in the OR and ICU, education and scholarly work in bioethics, the anthropology of conflict resolution, pharmaco-economics, and a variety of topics related to anesthesiology/critical care monitoring and practice.

Dr. Jonathan Burdette is a Professor of Neuroradiology at Wake Forest School of Medicine in Winston-Salem, NC, where he is the Vice Chair of Research for the Department of Radiology. Following graduation with a degree in Biomedical Engineering from Duke University, he received his MD degree from The University of Tennessee College of Medicine and did his radiology residency at The University of Michigan in Ann Arbor. His neuroradiology fellowship was at Wake Forest University where he has been ever since. He has published 90 peer-reviewed manuscripts. His current research focuses on using advanced MR imaging techniques to study the brain as a complex network. He is a founding member of the Laboratory for Complex Brain Networks, an interdisciplinary group of scientists dedicated to using functional MRI to study the brain using network theory approaches. The LCBN studies how exercise, nutritional habits, beet root juice, and meditation affect the functioning brain in the elderly.

Dr. Joseph Crespino is the Jimmy Carter Professor of American History at Emory University. His writings have appeared in a variety of scholarly as well as popular venues, including the New York Times, the Washington Post, and Politico. His third book, Atticus Finch: The Biography, will be published by Basic Books in May 2018.

Laura Briggs is a Kentuckian, a dancing scientist, and the proud parent of a lizard named Ada Lovelace. They are a junior at Emory University, pursuing a dual degree in Chemistry and Dance & Movement Studies. Laura is the founder and student liaison of the Emory Women in STEM House, a member of the Emory Dance Company, and an LGBTQ+ advocate. They are also an undergraduate researcher studying the chemistry of plant diseases. In their free time, Laura enjoys complaining about how busy they are. They are thrilled to be speaking today about breaking down the societal norm of women’s body hair removal.

Margaret Edson was born in Washington, DC in 1961. She earned degrees in history and literature, and she has been a public schoolteacher since 1992. Her play Wit won the Pulitzer Prize for Drama in 1999. The play has received hundreds of productions in dozens of languages, and the HBO version won the Emmy Award for best film in 2001. She lives with her family in Atlanta and teaches sixth-grade social studies at Inman Middle School.

Molly Welch was born in Chicago, Illinois and lived in Alabama and Texas before settling in Alpharetta, Georgia. She attended Milton High School. Never a fan of science or math, Molly chose to pursue journalism at Auburn University. As a junior, while driving home on I-85, Molly drove across the median and collided head-on with a pick-up truck. She sustained a Traumatic Brain Injury. That day transformed the course of her life and led her to her current work as a motivational speaker and advocate for ending distracted driving.

Neil Shea is an award-winning journalist who regularly writes for National Geographic. He is a contributing editor with The American Scholar and The Virginia Quarterly Review, and a pioneer in social media storytelling on Instagram. Neil also works in film and television, where he has written and produced documentaries for PBS, National Geographic, and other clients. He’s currently working on several projects for National Geographic, including a four-part television series on wolves and stories about cultural change and militarization in the high Arctic.

General and Artistic Director of The Atlanta Opera

General and Artistic Director of The Atlanta Opera since 2013, Israeli born Tomer Zvulun is also one of leading stage director of his generation, earning consistent praise for his creative vision and innovative interpretations. His work has been presented by prestigious opera houses in Europe, South and Central America, Israel and the US, including The Metropolitan Opera, Washington National Opera, Houston Grand Opera, Dallas, San Diego, Boston, Pittsburgh, Minnesota, Wexford, Buenos Aires, Tel Aviv, and Wolf Trap as well as leading educational institutes and universities such as The Juilliard School, Indiana University, Boston University. 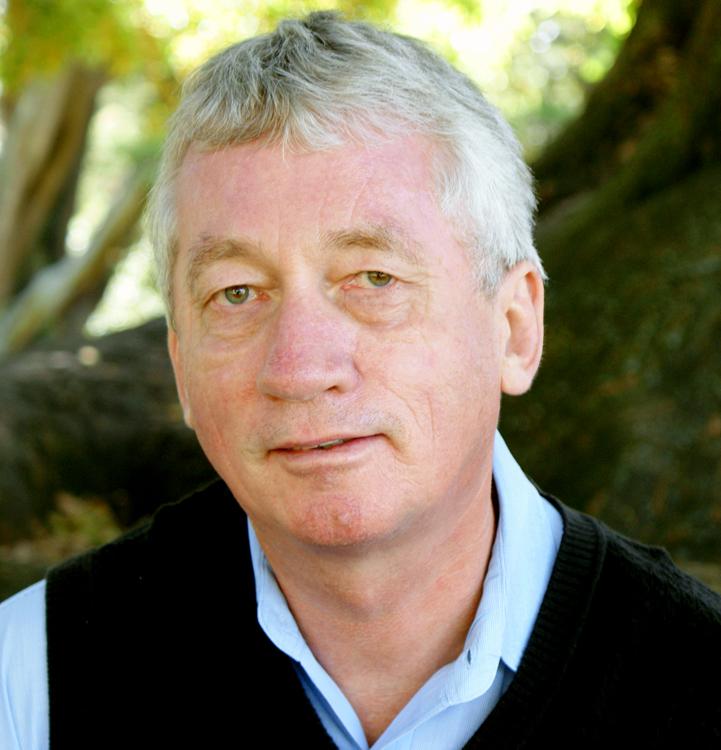 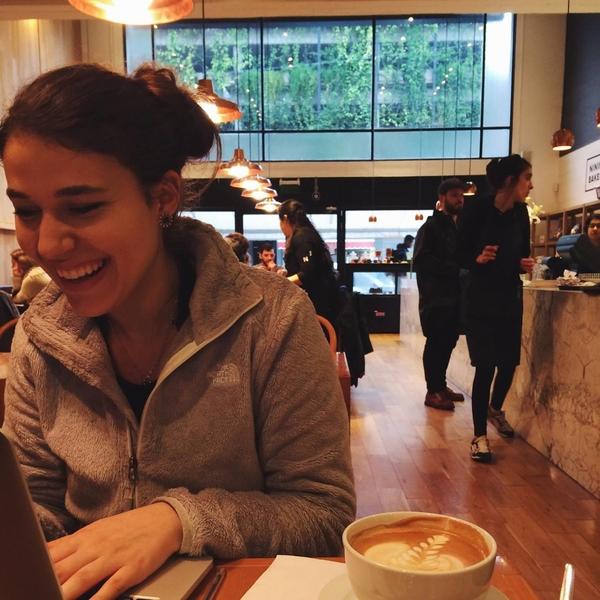