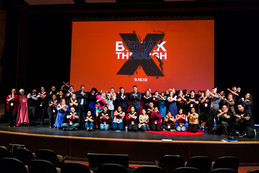 We had an amazing event. Please click the links to see the photos and talks from TEDxPaloAltoCollege 2018!

Finding strength and changing the game."

Special Guest: Palo Alto College Concert Choir
Malvika Vivek – Change the world, not the women
Mike Behrend – Thank you for sharing: Great things happen when you give it away.
Dr. Arthur Polendo – Empowering artists through inequities in the art world
Lunch

Special Guest: Breakdancer Timstuh
Ana Ribeiro – The one question that could change everything
Rey Saldaña – Turning impoverished communities into empowered ones
Dr. Keri Stevens – Breaking through barries of connecting during disaster
Break

*Schedule is subject to change without notice.

Dr. Amy McCleney is a research engineer in the Multiphase Flow and Flow Assurance Section at Southwest Research Institute in San Antonio Texas. She specializes in developing new computational and imaging techniques for both the oil, gas, and space industry, and is a leading expert in quantitative imaging of complex fluid flow phenomena. She obtained her Ph.D. in Mechanical and Aerospace Engineering from the George Washington University, and has been specializing in developing new imaging and analysis techniques for the past 8 years with studies conducted in the medical device industry, bio-inspired analysis of archer fish, safety of containment buildings for the nuclear industry, and for the U.S. navy determining surface anti-wetting properties for naval ships. She has a passion for both the arts and sciences and has managed to combine both of these worlds into a profession to enhance scientific innovation. In March of 2018, she received an achievement award from the American Petroleum Institute for her involvement in the oil and gas industry.

Ana Ribeiro is a pioneering Brazilian virtual reality (VR) game developer. Born and raised in northeastern Brazil, she has gained local and worldwide recognition for her creativity and exploration of VR Games, earning multiple awards and even carrying the 2016 Olympic torch with a VR headset on her head. She has a master’s degree in game design at National Film and Television School UK, and degrees in game programming and psychology. Prior to pursuing postsecondary education, she ran a successful pie-making business.

Dr. Arthur Polendo was born and raised in Muskegon, Michigan. He also resided in Los Angeles and San Antonio preceding his pursuit of higher education. Polendo studied at L’Ecole Nationale Superieure des Beaux-Arts in Paris, France during his undergraduate studies, and obtained a Bachelor of Fine Arts from the California College of the Arts. He also obtained a Master of Fine Arts from the School of the Art Institute of Chicago and a Ph.D. in Fine Arts, Critical Studies from Texas Tech University. Polendo is a core group member of the arts collective Occupy Museums (2011 – present), which collectively plans actions, events, exhibitions, projects, and organizing. Occupy Museums has exhibited at the Brooklyn Museum and the Warsaw Museum of Modern Art, and was prominently featured in the Whitney Biennial hosted by the Whitney Museum of American Art in New York City in 2017.

Dr. Debra Warner is a leading forensic psychologist, trauma expert, author, and speaker who specializes in male trauma. She is the spouse of a male survivor and authored “His History, Her Story, a Survival Guide for Spouses of Male Survivors of Sexual Abuse and Trauma.” She has devoted her professional efforts to helping men and their loved ones confront and conquer their long term effects of trauma on the male psyche. She frequently addresses issues related to the #MenToo movement, challenges masculinity stereotypes, and works to dismantle stigmas related to male trauma. She currently is a professor at the Los Angeles campus of the Chicago School of Professional Psychology’s Psy.D. in Clinical Forensic Psychology, and a sought-out expert witness, psychological evaluator, and consultant.

Jesus Rendon was born and raised in San Antonio, Texas, and credits his parents for his success. They were only teenagers when he was born; despite their youth and economic disadvantages, they laid a loving foundation that has become his greatest resource for achieving success. A graduate of South San Antonio High School, Rendon was the first college graduate in his family when he obtained a bachelor’s degree from the University of Texas at Austin’s Cockrell School of Engineering. He is employed at Applied Materials (AMAT) as the Lead CSMG Test Engineer. In 2016, he established Building a Purpose (BAP), an educational nonprofit, which connects students with professionals in various career fields. Rendon believes education is the key to breaking the chain of poverty, but mentorship is the secret combination code required to turn the key.

Keri K. Stephens (Ph.D. UT Austin & BS TAMU) is an associate professor in the Moody College of Communication, a faculty fellow with the Center for Health and Social Policy at the LBJ School of Public Affairs, a faculty affiliate with the Center for Health Communication, and a distinguished teaching professor at The University of Texas at Austin. Her research and teaching brings an organizational perspective to understanding how people interact with communication technologies. She focuses on contexts of crisis, emergency, disaster, and healthcare. She has over 60 peer-reviewed publications, and her most recent book is Negotiating Control: Organizations and Mobile Communication. She is currently the Principal Investigator (PI) on an National Science Foundation grant studying how people posted “Calls for Help” on social media during Hurricane Harvey.

Malavika Vivek is the cofounder of national nonprofit Girls Make Apps, a U.S.-based initiative which she launched in 2016 as a junior in high school. To date, Girls Make Apps has inspired hundreds of girls and women from middle school through college to enter the world of tech through free workshops, programs, and hackathons across the country. Vivek has also worked with educators to improve computer science education in public schools. Vivek has been honored as a Stanford University #include fellow for her efforts to bridge the diversity gap in tech and has also been featured for her work in Amy Poehler’s Smart Girlsand the Huffington Post. She is an experienced speaker and has given talks to students, guidance counselors, and educators at conferences in the United States and abroad. She was a featured speaker at Digital4Her in Belgium, a conference organized by the European Commission.

Mike Behrend is a professional chef with more than 25 years of experience in the restaurant business. With his mother Luann Singleton, Behrend owned and operated Lulu’s Bakery and Café for 15 years. Mike became a vegetarian in the Summer of 2005. The winning combination of a healthier diet and regular exercise was a turning point in his life and career as a chef. In January of 2006, they sold Lulu’s allowing them to begin construction on Green, San Antonio’s first vegetarian restaurant. He is passionate about spreading the impact of a plant-based diet. Currently, Behrend owns and operates eight plant-powered restaurants, serving approximately 60,000 meals per month. These restaurants employ over 300 people, who are passionate about service and quality. Behrend is a father of two young children and an active member of the San Antonio community.

Nancy Silberkleit is Co-CEO of Archie Comics Publications. She stepped into her role in 2009 with a vision that the comic book as a graphic novel is a valuable tool for developing literacy among first-time readers and instilling a love of reading in everyone. As a former public school educator, homemaker, and mother, Silberkleit understands the importance of learning to read and coined a personal motto that “Children + Comic Books = Reading, Knowledge, and Confidence.” Her late husband, Michael Silberkleit, was the son of Archie Comics founder Louis Silberkleit, who co-founded Archie Comics in 1942 with his partner, John L. Goldwater. Archie Comics recently expanded from print media; the hit teen TV drama series “Riverdale” is based on the characters from Archie Comics.

Rey Saldaña is a lifelong resident of San Antonio City Council District 4 and a proud graduate of South San Antonio High School. After graduating from high school, Saldaña received a Gates Millennium full academic scholarship to attend Stanford University, where he earned two bachelor’s degrees in political science and communication, and a fifth-year master’s degree in policy, organization, and leadership studies through Stanford’s School of Education. Saldaña is committed to giving back to the city that has given him so much, so he returned to San Antonio and was first elected to serve as a San Antonio City Councilmember for District 4 in May 2011. Long a deep believer in the importance of education, he returned to San Antonio, in part, to address educational challenges in the city. He has been involved in grassroots efforts to expand literacy and and access to education since high school, and he has taught as an adjunct professor at Trinity University and Palo Alto College for eight years.

Richard Jacobson quit his full-time job as a pastor in 2003 because he was having a crisis of faith. He wasn’t having doubts about God or even doubts about the church. He was having doubts about the way people “do” church today. The first Christian churches were simple communities, but many of today’s churches have become corporations. Drawing upon his experience in writing, art, and social media, Jacobson created the animated YouTube channel, Church Anarchist, wrote his first book, Unchurching: Christianity Without Churchianity, launched an accompanying Unchurching Podcast, and an online comic book. Jacobson’s work comes as more and more people are disengaging with churches in the U.S., and his idea suggests that spirituality is more fully experienced in a less traditional intimate community. He now helps moderate a rapidly growing online community of “unchurching” Christians from all around the world.

Sharon Brubaker became an advanced certified grief recovery specialist after the tragic accidental drowning of her 10-year-old nephew, Austin, in 2006. Her heart was broken, but she was lucky enough to find the Grief Recovery Method. Once she reconciled her grief, she knew that she wanted to guide others through their suffering. Brubaker is now part of the coaching program at the Institute, where she has assisted hundreds of grievers repair their own broken hearts by working through the pain, isolation, and loneliness that comes with loss. Brubaker the author of a soon-to-be released book, The Healing Place, and radio show host of the Grief Recovery Hour with Sharon Brubaker on KHTS in the Santa Clarita Valley, California. 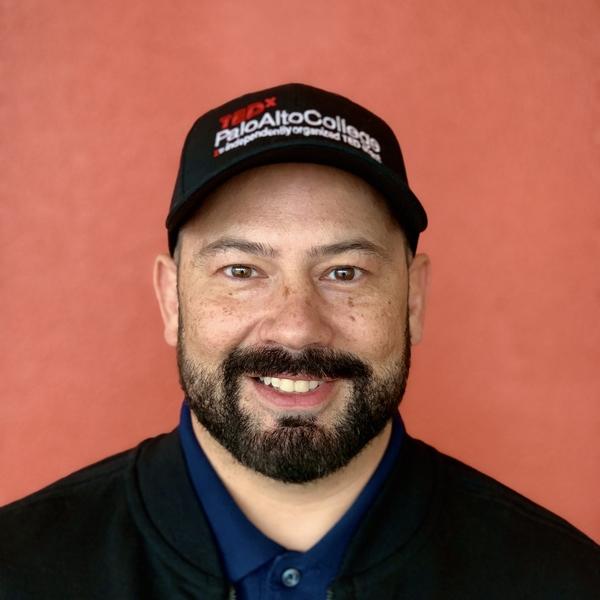