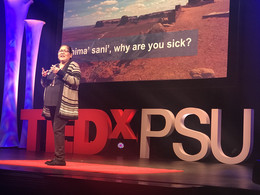 Face to Face is about connecting to the people and the world around you despite bias, barriers and differences.To help us expand our perspectives and come together to improve the world we live in together. To do this we must open ourselves and accept other's perspectives and to challenge our own beliefs.

Data analyst for a large university by day, an instructional designer for a sales training company by afternoon, and a mom/wife/sister/aunt/friend by night. A recent graduate of the online Master of Learning Technology program, she is in the process of changing careers and incorporating her perspective from each of her backgrounds. As a student, she has presented at multiple conferences, both academic and workshop format. And this past year, with a team of her peers, published her first article.

Brendan is a senior at Penn State studying finance and entrepreneurship. Brendan played football at Penn State for three years before an injury ended his career. At Penn State, Brendan discovered his passion for entrepreneurship when he co-founded a six-figure retail business, all while juggling a rigorous schedule as a student-athlete, and maintaining a GPA that puts him at the top of his class. Brendan believes in his abilities as a motivator, creator, and leader, and is constantly pushing to learn more so he can develop himself in those areas.

For more than 5 years, Dan has worked full time as a dream manager or someone who helps others to identify, articulate and then accomplish their dreams. For most of that time he was the Dream Manager of Infusionsoft (a medium-sized, software company in Chandler, AZ), where he helps its employees accomplish dreams like buying a first home, riding elephants in Thailand and starting a foundation to help mothers facing infant loss. He recently founded Dream School a company devoted to helping other companies and individuals find greater joy and productivity through dreaming.

Douglas is the Founding Director of Rough Cut Media. An educator, media artist and advocate for media creation in all schools, he pioneered the media program at Science Leadership Academy and founded Rough Cut with his students. When not teaching, Douglas uses his media skills to communicate under-reported stories, and co founded the @1976km project to empower refugees as media creators. Douglas has a MAT from Bennington College’s Center for Creative Teaching, holds certifications in history and video production, and was the 2016 winner of the Lindback Award for Distinguished Teaching.

KC Miller is the Founder and Executive Director of Keystone Coalition for Advancing Sex Education, a community organizer, and high school senior. He is a strong health and human rights advocate recently awarded the 2017 Young Hero Award by the National Liberty Museum. Miller leads Sexual Health Awareness Educators, an on campus initiative that provides free contraceptives and education to students. In addition to his health advocacy, he has a passion for politics and has worked on dozens of political campaigns focusing on Youth Engagement. He is heading to University of Pennsylvania for Nursing and Health Care Management.

Kelsey graduated this past December from Penn State with a degree in Advertising and Public Relations. During her sophomore year, she joined PSU’s mental health awareness club Active Minds and began speaking about her experience in living with Generalized Anxiety Disorder. Once she realized the impact her story could have in helping others, she decided to take her platform to the Miss Pennsylvania stage in order to reach a larger audience. Her latest endeavor is Stigma Stops Here, a collaborative blog website that encourages open communication on mental health.

Lisa Freeman is a badass social worker from Pittsburgh, PA. Committed to social justice and serving the unmet needs in the community, Lisa gains inspiration from "the marginalized", who are her prized heirlooms that she cares for in her truly unique urban farm. Her goals as a professional social worker, activist and first-responder are to open up dialogue and raise awareness of cultural identity; via a mass of "dirt" to promote the importance of ones fundamental accountability to one’s community; as well as oneself by leading by example.

Founder of a local 10M+ startup

Meade Lewis is the founder of a local startup with the valuation over $10 million. Previously he was the chief information technology officer (CITO) of multiple oil and gas firms where he focused on research and development. Co-founding his own analytics company by the age of 22, he consulted for various government entities before his successful exit. An Eagle Scout with 15 years of coding and innovation experience, Meade Lewis readily accepts the label of ‘nerd’. Currently, he is saving the world by predicting pipeline leaks before they happen.

Dr. Nalini Krishnankutty is a first-generation immigrant American who moved from India to the U.S. to attend graduate school. A chemical engineer turned writer, researcher, and speaker, she believes in the power of migration to open minds and create new possibilities for both immigrants and their new homeland. Nalini is actively countering rising anti-immigrant sentiments through her workshops on immigrant history and contributions. She is currently developing new community platforms and writing children’s books to make immigrants visible and bring them from the boundary of the circle to the center.

Shreyash Bohara is a feminist who's working on the issue of gender inequality. He's from India and growing up, he believed that life as female is harder than a male because of the struggles his mother went through. Currently, he is a senior at Penn State studying information sciences and technology and he is working on safespaceforme.org, which is a website where sexual assault survivors can chat with a counselor anonymously. In the process of building the platform, he met sexual assault survivors and some shared their stories. Shreyash loves bananas and any dishes with banana.

Advocating and speaking about the negative health effects of uranium contamination

Sonya Begay is an enrolled member of the Navajo Nation (Dine’). She is part of the Táchii’nii” (Red-Running-Into-The-Water) clan and was born for the Tódích’íi’nii (Bitter Water people) clan. Ms. Begay has been advocating and speaking about the negative health effects of uranium contamination that has plagued her nation, especially within Tuba City, Arizona (Navajo) and Moenkopi, Arizona (Hopi). She has been an invited speaker about this topic across numerous media outlets. Currently, Ms. Begay is raising her three grandchildren after their father was murdered in 2010.

Stephanie Orme is a PhD candidate in the Bellisario College of Communications at The Pennsylvania State University, where she studies the video game industry from a feminist perspective. Her work examines the intersections of race/ethnicity, gender, sexuality, and other identities as they relate to digital game production and video game players. Stephanie has published in communication journals, books, and has presented at several conferences. She is the Vice-Chair Elect for the Game Studies Division of the National Communication Association.

Dr. Talaya Waller is an international personal branding consultant, speaker, and award-winning research scholar. Her consultancy helps thought-leaders build influence and credibility for their personal brand. Dr. Waller’s mission is to help people share their story, leverage expertise, and make a positive impact on society. She has a Doctorate in Business Administration with a concentration in Leadership and is presently researching personal branding. Dr. Waller has an online presence of over 35,000 followers and is published in Forbes, Fast Company, and The Chronicle of Higher Education.

Dr. Yael Warshel is an award-winning scholar and media and conflict management practitioner who works at the intersection between international media, child, and conflict zones analyses, practice and policy. She specializes in the scholarly subdiscipline she has coined as, “peace communication,” dedicated to assessing and evaluating the efficacy of efforts to use communication (especially media) to build, make, and sustain peace. She critically consults media and political leaders about the effectiveness of such efforts. At Pennsylvania State University, she serves as an Assistant Professor of Telecommunications and Research Associate of the Rock Ethics Institute. She leads a research initiative there about Children, Youth, and Media in International and Global Conflict Zones. 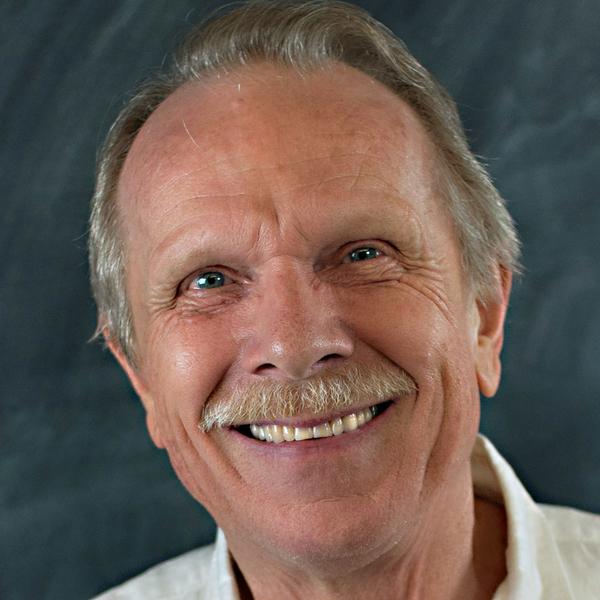