Theme: The Future of Us

Currently in my final year of my Biomedical Sciences degree. An ethnic-Albanian from the Republic of Kosovo, born and raised in London. As well as my interest and studies in Science, I am very much engaged and interested in the geopolitical issues in the Balkans. I’m constantly fascinated with the social tensions that exist there, tensions which seem to be beyond the point of solution, and yet essential for sustained peace and EU integration, which all the Balkan countries desire.

Andrew joined BCG in 2000 and is an expert in Digital Transformation, DevOps and Enterprise Architecture, and also leads BCG's IT capability maturity proposition. He is a member of the leadership team for the Technology Advantage practice, where he brings to bear his 25+ years' technology experience, technical depth and commercial awareness. He has previously worked in projects with several European and global banks and with global energy and telecom giants. Andrew spent the first 8 years of his career with IBM.

As an IT project manager, Bridget spent the early part of her career working for a global food manufacturer and latterly has worked at six London universities, specialising in managing large IT systems implementations. Bridget coaches, mentors and trains junior project managers. She shares her project management and change management knowledge through writing articles for magazines, and speaking at the Chartered Management Institute and the British Computer Society. Outside work Bridget lives in London with her partner, she enjoys running in the leafy parks around South West London, and swimming in the sea as often as possible.

Dhamen is an influencer, change-maker and full-time student at Brunel University London. He has given talks all over London inspiring, motivating and mentoring students, with an aim to improve wellbeing. His inquisitive nature is reflected in his interest for politics, philosophy and economics. An extraordinary person with intellect, charm and humour!

22 year old Faisal is a student at Brunel University London, being of Syrian origin but born and raised in Manchester, he defines himself by his positive attitude and determination rather than just heritage. As an avid sports enthusiast, Faisal maintains a healthy lifestyle to ensure he keeps up the energy he devotes to his studies, projects, activities and friendships.

Mete Coban, 25, is the Chief Executive of ‘My Life My Say’(MLMS) and Councillor for Stoke Newington. He is best known for running collaborative national campaigns, pioneering digital democracy, and promoting an ethos of inclusive community engagement. Mete’s success at MLMS is most credited to his work in helping set-up the All-Party Parliamentary Group on a Better Brexit for Young People. This helped create a structured engagement platform between young citizens and parliamentarians during the Brexit negotiations between the UK and EU. He is also best known for heavily contributing to the increase of youth voter registration and turnout in the UK 2017 General Elections, through MLMS’ involvement in the national voter registration #TurnUp campaign.

Nathaniel Peat is a Multi-Award Winning Entrepreneur, International Speaker, Business Coach, Engineer, Pilot and man of many talents and achievements. He is listed on the 2017 Black Power List, 2017 EMPower Financial Times List and in 2016 saw an entry into the Financial Times Upstanding 100 BME Executive List. Nathaniel is co-founder of Gennex Solar which provides innovative renewable energy products in Africa. He also founded The Safety Box; a company whose training and development programmes assist with reducing youth violence & help young people develop important skills. Nathaniel is also the 2011 Brunel University London Alumnus of the year. Despite his many achievements his most compelling trait has been his dedication to helping young people rise and make a positive difference in their own lives as well as in the lives of others in their community.

Reena is Chairman and Co-Founder of ‘Women Empowered’(WE), a social initiative run by volunteers that aims to inspire and help women (and men) make the best of their individual talents and skills by connecting with successful and inspirational individuals. WE aims to create a powerful yet exciting network open to all though its events, charitable work, blog and debate group. The group is championed and supported by prominent women and men from all walks of life. Reena was successfully elected as a councillor in 2014.

Ryan was once told that due to his medical condition, he was unlikely to live past the age of ten and would never walk. As a full time Anthropology student at Brunel University London, an elite GB Paralympic athlete and Charity founder, Ryan embodies the ‘Enabled not Disabled’ mantra. Frustrated with the limitations put upon him from an early age, he is campaigning to empower people and change the way we, in society look at disability.

Sarah Devos is a Psychology and Sociology final year student at Brunel University London. She is a Belgian national who grew up in Mozambique and has since moved to the UK in 2015. Sarah uses her international background to gain insight into the lives of young people from different cultures.

Satish is a scholar of Hinduism and brings with him a lot of experience in faith and religion. He is the General Secretary to the National Council of Hindu Temples (UK), Chair of British Board of Hindu Scholars and Chair of the City of London Inter Faith group. He is a Data Security and Financial Systems specialist while also being a Yoga acharya.

Inspired by her interdisciplinary home life, Sola is a creative activist, and social entrepreneur. She aims to be part of the forward-thinking generation that redesigns and rethinks business practice and problem-solving for a sustainable future. Alongside studying Psychology at Brunel University London, Sola is also an athlete, coach, writer, poet & performer. She is part of the Roundhouse Poetry Collective, a Journalist for Shout Out UK and Founder and Chief Director/ Editor of L.U.S.H Talks. 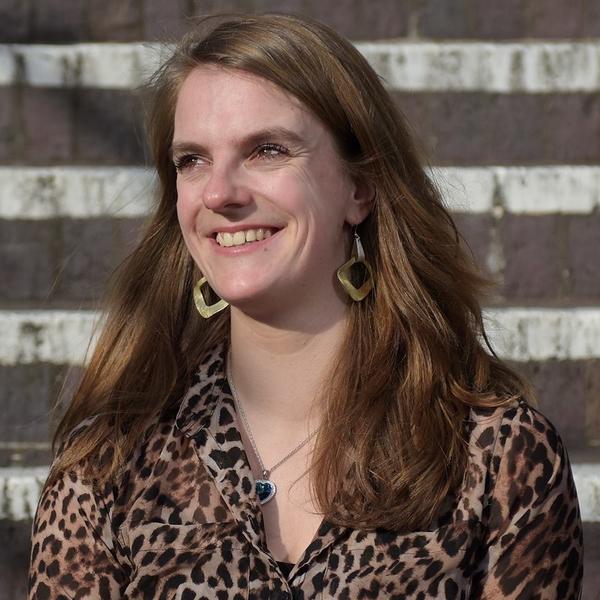