This event occurred on
May 5, 2018
Southampton, Hampshire
United Kingdom 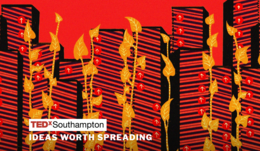 Join us at the Nuffield City Theatre on the 5th May 2018 for TEDxSouthampton 2018. An afternoon and evening event that will feature inspiring, creative, challenging ideas around our theme of Growth. Questions will include:

How can we grow inclusive communities? | What has driven the growth of human societies and perhaps even our species? | How did a single number come to dominate political discussions about growth? | What happens to us at the end of our lives? | How is cutting edge technology helping some of the poorest communities to thrive?

TEDxSouthampton 2018 will feature speakers and performers over three acts. Ticket holders will receive complimentary food and drink over the course of the day, and a TEDxSouthampton event bag.

Cheryl Butler is a historian, writer, and former Head of Culture at Eastleigh where she worked on projects including Vital Villages, Legible Cities and the Partnership for Urban South Hampshire Culture and Quality Place group. Honorary Fellow of the University of Winchester and Fellow of the Royal Historical Association and has written extensively on the history of Southampton and is an editor for the Southampton Records and member of the Southampton Tourist Guides Association. In her spare time she is writer-director for The Sarah Siddons Fan Club Theatre.

Claudia Murg went from being a child of Communist Romania, to illegal immigrant in a London fish & chip shop in the early nineties, to becoming a broadcast journalist and award-winning documentary film-maker for UK’s mainstream television for 15 years. She now focuses her energy on community journalism, in her chosen hometown of Southampton. She traded expensive London offices, for a bus, converted into an office, which she drives in Southampton to talk to people face to face. We Make Southampton, is her social enterprise, with a mission to capture the ‘contemporary portrait of Southampton’ and in the process, inform, inspire and connect.

David Pilling has reported from at least 50 countries over two decades as a foreign correspondent for the Financial Times. That probably makes him 50 times more confused than the average person, but it has also made him inquisitive and unafraid to ask dumb questions. For the Financial Times, he was in Latin America (1993-96); London (1997-2001); and Tokyo (2002-2008). He was Asia Editor, based in Hong Kong (2008-15), and is now Africa Editor and Associate Editor.

Deb Wilkes first worked as a Hospice Palliative Care Nurse when she was in New Zealand in 1995. Since then, her work has been with patients and families in their own homes – there’s less rules out there! She is passionate about a positive change to attitudes and views around death and dying. She has seen, both professionally and personally, how being prepared helps both the person, their family and friends, and the health service. There is only one chance to get it right, and how this happens will live on in the hearts and minds of those left behind.

Ellie Harrison is an artist and activist based in Glasgow. She is the founder and co-ordinator of the national Bring Back British Rail campaign. For the last few years she has been wrestling with the inherent contradiction between the continual and infinite ‘growth’ demanded by capitalism and the ‘sustainability’ necessary to prevent climate change. In 2010, she became the first individual artist to publish an Environmental Policy on her website. After breaching its transportation section ‘for love or money’ on several occasions, in 2016 she took the extreme step of not travelling in any vehicles (other than her bike) for a whole year, as part of her ‘controversial’ project The Glasgow Effect.

Iszi Lawrence is a comedian, history presenter and public speaker trainer. She has over a decade’s experience on the comedy circuit, regularly hosts comedy shows at The British Museum and is a reporter for BBC Radio 4’s Making History. She is also a writer and hosts and produces podcasts including the Z List Dead List and British Museum Membercast. She loves jiu jitsu and cooking bizarre food. She lives in Reading with a poet and two cats.

Nazira Albargothy is an early-career researcher and a science communicator with a passion to defeat Alzheimer’s disease. She completed her PhD in the Faculty of Clinical and Experimental Neuroscience in 2017 where she developed our understanding of the neuroanatomical pathways involved in the entry and clearance of drugs and toxins from the brain. Her work was supported by a pharmaceutical company and is key for the development of treatments for Alzheimer’s disease and other neurological disorders including multiple sclerosis and brain tumours. Nazira was the 3-minute thesis national champion of 2016 and has received significant recognition from the EU and Middle East for her science presentations.

Nazneen Ahmed writes fiction for children, creative non-fiction and poetry for adults, all of which are often inspired by the theme of migration, which is the topic of her work as a researcher and historian in the Geography department at University College London. She was selected for the 2016/17 round of Penguin Random House’s Write Now Live mentorship scheme for underrepresented writers for her historical fantasy novel in progress which is aimed at readers aged 11 upwards. She is currently the Southampton Libraries’ writer in residence and is represented by Louise Lamont at LBA Books.

Richard Thanki is the co-founder of Jangala, a charitably owned start up developing Wi-Fi systems for people affected by humanitarian emergencies. He has worked with Microsoft, measuring the impact of affordable internet access on rural communities in sub Saharan Africa, and has written extensively advocating for more open access to the radio spectrum. He has an undergraduate degree in philosophy, politics and economics from the University of Oxford and has completed a Masters course in Complex Systems Simulation at the University of Southampton.

Southampton Ukulele Jam are more than meets the eye. They are a community of people who proactively engage with their city and its wider communities. They support campaigns, particularly those focused on helping people made vulnerable by mental ill health, substance use disorders, homelessness and domestic violence. SUJ hope to be a force for good in what can be at times a difficult world, all via their love of playing good songs, moderately well (with enthusiasm) on tiny toy instruments.

Before her partner Greg’s cancer diagnosis in 2016, Stacey Heale was a senior fashion academic and researcher. Since then, she has become a full time carer, stay at home mother, newspaper columnist, writer and owner of a blind toy poodle. Stacey is also a spokesperson for Bowel Cancer UK, an original member of the Fuck Cancer Club on Instagram and editor at Beneath the Weather 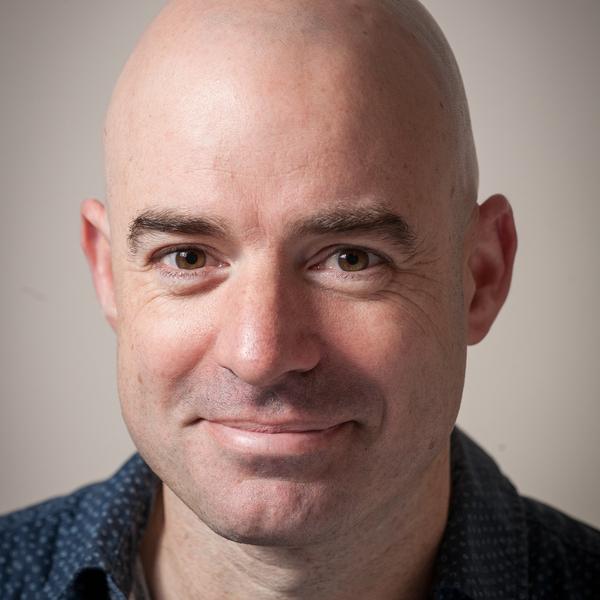