After having worked as a mainstream journalist for various conventional news platforms in Romania, Alexandra quits the common for the uncommon and joins Maximum Rock Magazine, a small music webzine that allows her to fulfill her enduring dream of writing about music and promoting rock culture. To Alexandra, the underground could help Romania grow culturally and socially, if only it were promoted and supported more. As a survivor of the Colectiv club fire, Alexandra wants to keep flying the flag of the underground, while working toward positive change in Romanian society and culture, through raising awareness about important issues and volunteering in organizations and charities.

Amy Kaherl is the co-founder of Detroit SOUP and now the Chief Curator and Builder of Global SOUP. Detroit SOUP is a microgranting dinner that celebrates creative projects in the city and has helped Detroiters giving back to Detroiters over $140,000 towards art, social justice, social entrepreneurs, education, technology and urban agriculture. The model is now being replicated in over 170 cities around the world. In her spare time she is the Director of Curation and Programming at Ponyride, a collaborative makerspace. Amy received her MA in Theology (emphasizing in popular culture) in 2008 from Fuller Theological Seminary. Amy and SOUP have recently been honored as a White House Champion of Change for their crowdfunding efforts and have been recently awarded the German Marshall Memorial Fellowship and Red Bull Amaphiko Entrepreneur. While not running SOUP, Amy also moonlights as DJ Amy Dreamcatcher with the monthly party, Nothing Elegant.

Remember that feeling when your favorite song comes up? Your whole body just wants to move, shake and wave to the beat and rhythm, your blood starts rushing, your eyes slowly close and an expression of sheer joy takes over your face. Is it uncommon? Probably. But it makes you feel good. Ana-Maria and Alyn, aged 12 and 15, gave into the feeling and started dancing ever since they can remember. Their talent, hard work and perseverance have brought numerous awards along a relatively short career, compared to others in the field. Their specialty is contemporary dance, both part of the ‘Dance Planet’ art school, they will delight you with a moment built by Cezara Blioju, one that has won them the first place at Young Star Ballet Competition that took place this year in Sibiu - a special mix of the common sense of musical acuity and the uncommon touch of today's movements.

Internationally renowned marketing consultant, worked with both business and government organizations around the world

Bill Carney is an internationally renowned marketing consultant, originally from New York City, but has spent a third of his life in Africa, a third in Europe and the last in the United States. Over the years, he occupied several positions in various business departments, in companies like General Motors, The Gap, Chrysler Corporation. He also started his own trading company, is an indie producer in the music industry, acted as a corporate, start-up and government consultant around the world, worked in Executive Education and taught MBA’s in one of the most prestigious Business Schools.

Founder of Future of Sex, a global sextech company exploring the world of sex & tech

Cosmin Dominte a.k.a. JAZZ 8 is a man of many talents. Currently he is an actor, a musician, a director, a writer and a Slam Poetry Champion. He he started working at the age of 14, his job repertoire ranging from carrying heavy merchandise and doing construction work to bartending, advertising and being a bank. Then, he decided it was time to develop the courage to take himself seriously enough to stop working for others and start working for himself, following his passion of being an artist. When it comes to music, he is the founding member of ‘SickSound Crew’ an independent label and ‘urban creative hub’ and the founding member, alongside Kent Archie, of the UNCOMMON and original music group known as ‘The Bridge Committee’. He is also the creative mind behind #GANDURI, a spoken word/slam poetry mini-series, mixing hard cold reality facts with humor and irony in an attempt to raise awareness about various issues that the Romanian people faces as a whole.

Dinu Guțu is a unique anthropologist. He has the inside perspective on the culture of the ultras phenomena, as a member of it, and this was even the topic of his PhD paper (The last men. The ethnography of a terrace, 2015), written based on an ethnographic research among the Ultras Dinamo group. At the same time, he recently become a novelist and is by now a successful cultural journalist with various articles published in both local and international academic publications and also on platforms like Vice, Casa Jurnalistului, Art7.fm, Platzforma.

Striving to live by the renaissance model, Ioan works with and learns from thought leaders across disciplines. Currently, he advises US-based organizations as a strategy and innovation consultant and serves as VP of ImpactX, a growing advisory platform for impact-driven projects, in the pre-token generation stage. Ioan also helped the commercialization of a new medtech concept and is involved in another project leveraging exponential technologies and new business models. Ioan was part of the winning team of the XPRIZE Visioneers Program in 2016, designing the upcoming Avatar XPRIZE, and was a Fellow of the Brain Mapping Foundation, until November 2017. Ioan also served for one year as the Vice President of the graduate student body at University of California in Los Angeles, after being elected to serve 13,000 peers, while completing his MBA program at UCLA.

Ioana Moldovan is a freelance photojournalist, documentary photographer and writer based in Bucharest, Romania. Her work has been published by The New York Times, ESPN, Al Jazeera English, Huffington Post, LensCulture, Radio France Internationale and Vice among others. She has also worked on multimedia projects funded by the European Commission and Friedrich Ebert Foundation. In 2016 she took part in the Eddie Adams Workshop and was awarded The Bill Eppridge Memorial Award for Excellence and Truth in Photographic Journalism. The U.S. Embassy in Bucharest presented her with the “Women of courage” award for outstanding achievement in highlighting truth through photojournalism. Ioana Moldovan was one of the ten Eastern-European photographers selected for a Masterclass in Documentary Photography by the Dutch NOOR Photo Agency.

Izzy Kalman, MS, is a Nationally Certified School Psychologist and psychotherapist with four decades of work experience. He has developed a quick, fun and powerful method for teaching people how to solve interpersonal problems, including bullying, without anyone’s help and without getting anyone in trouble. He is director of Bullies to Buddies, Inc, creator of the website and author of a book for young adults called Bullies to Buddies: How to turn your enemies into friends, as well as a number of other publications on bullying for kids and adults. Izzy writes a Psychology Today blog called Resilience to Bullying, and has been the world’s foremost critic of the anti-bullying movement, warning since the Columbine massacre that the “war against bullying” will backfire. History has been confirming his predictions.

Co-founder and director of ecoLogicStudio, he is an architect, author and educator

Marco Poletto is renowned for his project on “artificial ecology”, a quest for new hybrids promoting the end of the mechanistic paradigm in architecture in favor of a new “bio-technological” one. What does this mean? In more fancy words it is all about an innovative work on ‘systemic’ design, a method defined by the combination and integration of ecologic thinking, computational and interaction design and digital prototyping. But he will explain this uncommon concept with more common words on the TEDxBucharest stage.

Founder of The Human Library, journalist and social change activist

Ronni Abergel is the founder of The Human Library. This project is meant to help implement initiatives from Stop the Violence Movement, an NGO that he co-founded to fight violence among young people guided by the belief that “If we could make people sit down with a group attached to a certain stigma they don’t like or even know about for that matter, we could diminish violence”. Since 2000, when the initiative was launched, The Human Library has been continuously growing and expanding worldwide, as a platform of peer to peer discussions to fight the prejudice and violence in society. Ronni Abergel was born and raised in Denmark, he is a journalist and social change activist. The Human Library Organization has an uncommon concept where instead of books, real people with real stories are on loan to readers.

Ștefan Tănase has spent his career carefully guided by the belief that freedom of expression and unrestricted access to the Internet should be non-negotiable. He is dedicated to combating the world’s most sophisticated cyber threats to keep internet users safe & free, while digging into topics like cyber wars, cyber-crimes, crypto-currencies and financial systems or social networks privacy.

Passionate geography professor and school Principal, true believer that education’s role is to build characters and to discover vocations

Violeta Dascălu has 30 years of experience in education, starting as a geography professor and being also the Principal of Ferdinand I School in Bucharest for the last 10 years. She has an unique, very devoted approach to what educating children should be about: ‘education is more than sharing information, it is the act that builds characters and discovers vocations’. Guided by this belief and being in the position to educate children from disadvantaged economic groups, she dedicated herself to teach not only the common school curricula, but she also developed several additional programs to educate children about sports, arts, ecology, healthy lifestyle, etc., by surrounding herself with teachers that share her values and using several financing options to sustain the School Afterschool program she developed. 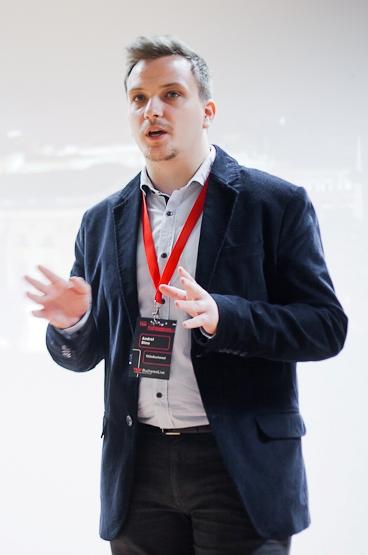