Adaír Necalli is a junior at Duke University of Nahua and Tepehuano Mexican descent studying Linguistics, History, and Cultural Anthropology. Their work focuses on Nahuatl language revitalization and diversifying education in indigenous communities in the United States and Mexico. Adaír intends to dedicate their career to tackling this issue as best as they can, believing that only by correcting these histories and empowering indigenous communities to speak their native languages can we begin to heal the wounds in native communities and begin to thrive once again

Angie is an actress, director, and playwright and believes that theater is a medium for social change and community empowerment.

Dr. Yang has been teaching Computer Science at Duke University since receiving his Ph.D. from Stanford in 2001. He is a recipient of the National Science Foundation CAREER Award, IBM Faculty Award, HP Labs Innovation Research Award, and Google Faculty Research Award. He has also received the David and Janet Vaughan Brooks Teaching Award at Duke. One of his current passions is computational journalism - the idea of leveraging computation to help preserve and advance journalism, especially in the public interest

Dr. Mohamed Ibrahim is currently the senior research fellow in the division of Plastic, Maxillofacial, and Oral Surgery at Duke University. Originally from Cairo, Egypt, Dr. Ibrahim moved to the United States to start his Plastic Surgery research fellowship. He has co-authored more than 50 journal articles, and was the most read author in plastic surgery worldwide in July of 2016. He holds 5 patents and patent applications for innovations in the surgery and bio-sensing, and is currently pursuing a PhD in Bio-sensing from Erasmus and Duke Universities. He is deeply interested in advancing medical technology and is passionate about improving the standard of care in surgical flap monitoring.

Dr. Neil Prose is Professor of Pediatrics, Dermatology, and Global Health, and co-director of the Health Humanities Lab at Duke. He has a passion for teaching, a deep commitment to empathetic communication between health care providers and patients, and an profound interest in working with people from different countries and cultural backgrounds. He has developed curricula on doctor-patient communication skills for medical schools and hospitals around the world, and frequently lectures on the topic around the US.

Noah is a freshman at Duke University from Vero Beach, Florida. During his gap year, he taught himself aspects of several subjects spanning across many disciplines, including a large bit of behavioral science. Currently, he is Co-President of the Duke Behavioral Science Group and is conducting research within the Duke Behavioral Science Unit to improve student well-being. Some of Noah's other interests include ethics, cognitive neurolinguistics, political theory, Buddhism, and analyzing how all these different subjects intersect.

Riya is a junior at Duke University studying Neuroscience and Linguistics. At Duke, she competes as an attorney on Duke's Mock Trial team, researches mantis shrimp visual systems, and serves as an editor for Neurogenesis, Duke's student-run neuroscience research journal. She also participated on DukeEngage Peru in 2016, where she designed a project to empower survivors of sexual violence, and became deeply interested in changing our contemporary culture of sexual assault.

Shannon is a junior at Duke University from Roswell, GA majoring in Biology, and following a pre-med track. She is a feminist who believes healthcare should be restructured through a gender-specific lens. She discovered her interest in neonatology while working in the Brigham and Women’s Center NICU last summer and is passionate about advocating for mothers and children in areas of high health disparity around the country and world. On campus, she is an executive member of Progress Period, a group that fights against menstrual stigma and for women’s reproductive health, and is a pediatric research assistant for the Duke Pediatric Psychology clinic. She plays rugby and loves meeting new people to exchange ideas and expand her perspective.

Tony Loyd is a radio host, speaker, and best-selling author of Crazy Good Advice: 10 Lessons Learned from 150 Leading Social Entrepreneurs. He is a former Fortune 500 executive with extensive experience in strategic planning, talent management, and leadership development. Today, Tony hosts the radio program and podcast, Social Entrepreneur where you can hear the stories of changemakers who are making an impact on the world.

Tyler A. Allen is a PhD candidate in Biomedicine at NC State University. He was recently named on the 2018 Forbes 30 Under 30 list, for his breakthroughs in biomedical research. His research focuses on how cancer and stem cells exit blood vessels. He is also interested in the ever changing landscape of biomedicine, and its implications for our future 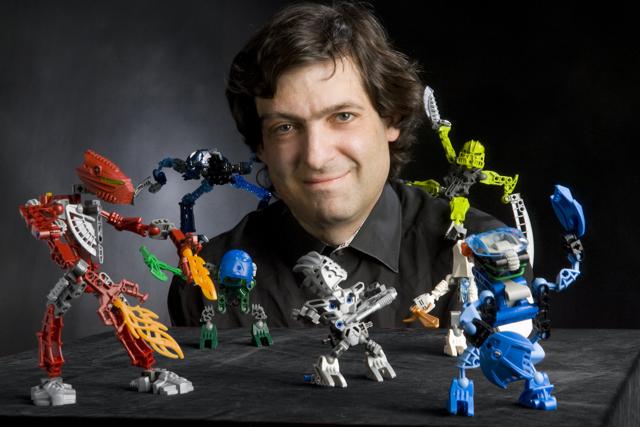