TEDxOakLawn, an independent TEDx event, is excited to be opening to the Dallas community for the first time ever! Representing an array of ideas, our theme “Tabula Rasa” strives to have speakers presenting their passion and knowledge to the Oak Lawn community and surrounding areas.

The program will feature ten unique live speakers as well as two curated TED Talks with the theme in mind.

Abhi Ravinutala is the Founder/CEO of a nonprofit called MannMukti ("mental liberation") and is a Master's Degree candidate at Harvard Divinity School. Abhi was born in India, but got to Texas as fast as he could, and has lived in Dallas since he was 6 years old. His talk will discuss the possibilities for using today's digital tools to share stories and fight mental health stigma. When he's not studying or working, Abhi enjoys writing, traveling, dancing, and watching movies with friends. Fun fact: he has a Batman tattoo on his right shoulder! Abhi is looking forward to leaving behind cold, cold Boston for the TEDx weekend in Dallas, and speaking in front of his loved ones before a much needed visit to Torchy's Tacos.

Bola Ibidapo was born and raised in Plano, TX. Ibidapo graduated from The Unversity of Oklahoma in 2015 as a Journalism-Publc Relations major and Spanish and Nonprofit minor. Through the course of her life, Bola has always been passionate about impacting her community and young people. During her high school years, she established local outreaches that provided services to low-income families in Plano, TX and was crowned as the first Black homecoming queen at Plano Senior High School for her heavy involvement on her campus. During her college years, Bola worked as a co-coordinator for an afterschool leadership program, while also serving multiple leadership roles on her campus. Today, along with her corporate career, Bola is the founder of two nonprofits-- The Too Fly Foundation, which provides travel grants and passports to students studying or volunteering abroad and The Queen Talk, which instills leadership and entrepreneurial development in young girls.

The third speaker for TEDxOakLawn is Dr. Chase Sova- joining us all the way from Washington, D.C.! Proud member of the Zero Hunger generation, Chase has made it his mission to help tackle one of the world’s greatest solvable problems. He has worked on agricultural and food systems in 15 developing countries across Latin America, sub-Saharan Africa and South Asia, always at the confluence of policy, politics and science. A Wisconsinite and a believer in the power of words and ideas, Chase knows that the fight for food security begins with recognizing this generation’s unique ability to end hunger for all time. As the current Director of Public Policy and Research at the World Food Programme USA, we’re extremely excited to hear his talk!

Dr. D Ivan Young, CMC is a highly acclaimed TEDx Speaker and Master Cre-dentialed Expert on Personality Type. Recognized as one of the most notable Life Coaches in the United States, his provocative teaching style on complex relation-ship subjects has been hailed as remarkable by millions of fans across the country. A Credentialed Master MBTI Practitioner, a Credentialed Certified Master Coach and a Credentialed Master Neuro-Linguistic Programming Practitioner, with a PhD in Holistic Life Coaching, Dr. D was awarded the Vice Chancellors Award from the University of Houston and is currently serves as an executive advisory board member for the Black Life Coach Association.

Called the "Studs Terkel of our time" and preeminent "work happiness expert" Jody Miller is a corporate strategist, speaker and coach. With extensive Wall Street experience, she publishes regularly in the Huffington Post, Thrive Global and Entrepreneur. Her bestselling books cover finding a dream job (Hired!) or meaning and happiness in work and life (From Drift to Shift). Drawing from experiences like putting herself through college, helping her disabled son learn to talk through singing or immersing herself with an Amazon Rain Forest tribe, she has always believed in the power of going outside the outer most limits of one’s comfort zone in order to affect powerful and positive change. In her new book, The MISOGI Method, Jody teaches a way to break through the perils of unhappiness, regardless of socioeconomic position, to create a life of meaning, purpose, love and joy that we never thought possible.

Kris Taylor is the Director of the Living Soils Symposium and VP of Production for Lumen. He. Loves. Soil. So much so that Kris ditched his invitation to matriculate into medical school for a path that lead him to discover the world-saving potential of regenerative agriculture. Kris enjoys working in his free time. No joke... he's on a long mission to change the face of modern industrialized agriculture and to show other millennials that they too can be changemakers if they put themselves out there. In the time he does take off, he's definitely either indulging in Netflix or on a good hike. He's most excited about returning to Dallas to speak to the community he grew up in. As a native Texan, he knows that some of the biggest environmental change needs to happen deep in the heart of the lone star state.

Sai Balasubramanian, J.D., is originally from Dallas, Texas, and is currently an M.D./J.D. dual degree candidate at the SIU School of Medicine and School of Law. His areas of specialty outside of clinical medicine include corporate governance, healthcare administration, and health policy. In his previous career in strategy consulting, he advised large corporations on how to optimize their business, compliance, and profitability standards. Sai enjoys speaking and writing about healthcare, law, and management related topics for various media outlets and professional organizations. Congruent to the “Tabula Rasa” theme of TEDxOakLawn, Sai is interested in exploring the novel and increasingly growing intersection between technology and medicine, specifically with regards to the bioethical questions and frameworks that emerge alongside medical innovation. Additionally, Sai is looking forward to meaningful and enriching conversations on a variety of disciplines at TEDxOakLawn.

Dr. Seema Yasmin is an award winning journalist at The Dallas Morning News, a professor of public health at The University of Texas at Dallas and a medical contributor for CNN and NBC Channel 5. She is a popular public speaker taking audiences behind the scenes of public health and engaging them with stories about epidemic investigations. Dr. Yasmin trained as a medical doctor at the University of Cambridge in England and as a journalist at the University of Toronto. She served as a disease detective in the Epidemic Intelligence Service at the U.S. Centers for Disease Control and Prevention. Dr. Yasmin has worked in Kenya and Botswana and investigated epidemics in maximum-security prisons, American Indian reservations and healthcare facilities. Her work has appeared in peer-reviewed medical journals as well as Scientific American, Thomson Reuters and The Huffington Post.

Our next speaker for TEDxOakLawn is Steven Dunn! Mr. Dunn was born in Indianapolis, Indiana but has resided in Texas from 1974 and Dallas since 1984. After attending Houston Law School, he has been practicing Law and has appeared in federal courts throughout America. Mr. Dunn is looking forward to addresses the biological causes of the eating disorder issue. There is a lack of effectiveness with the current treatment plan and he hopes to change that in the future. Mr. Dunn’s journey with this disease has been a personal one as his own daughter passed away from it and he has started The Morgan Foundation (in her name), to do what he can to eradicate the problem.

Sunita was born and raised in Kashmir, India and has since spent the past quarter century of her life calling California and Texas her home, making her a proud American Kashmiri Pandit. She is an IT professional by training and experience, though she originally received a Masters in Botany. She inherited a love for poetry from her late father and enjoys writing in English, Hindustani, and Kashmiri. Through her writing, she aims to convey emotions in metaphoric imagery, as well as exploring psychological nuances of those human emotions and deeper spiritual connections. She is very passionate towards helping people by guiding and making them aware of consequences of the choices they make, using her life experiences and expressive writing as sources of education. The idea she wants to spread is spiritual independence by means of learning. In other words, to remove the darkness of ignorance from people’s minds so they have the light of knowledge to guide them through life. .

Tom Edwards is the Chief Digital Officer, Agency, at Epsilon, a professional futurist via BlackFin360.com, and a long time Dallas resident. For the past 18 years, Tom has focused on the intersection of emerging technology and its impact on consumer behavior and how to bring "Innovation to Reality(TM)". He will discuss E^3 and the evolution of experience during his time at TEDxOaklawn. Tom was recently recognized by Advertising Age as a 2017 Marketing Technology Trailblazer. Tom regularly provides thought leadership and commentary for business and advertising publications (Forbes, CNBC, VentureBeat, AdAge, Advertising Week, Mashable) and is a regular industry speaker on the topics of data design, artificial intelligence and the evolution of consumer experience through intelligent systems.

Dr. Solomon has published 7 books, more than 200 articles as a columnist at Inc. Magazine and Innovation excellence, and was named one of the Top 40 Innovation Bloggers in 2015 and 2016. He has spent years studying why people are so creative in start-ups and learning the processes that lead to generate creative ideas- earning his PhD for this study. Originally from Tel-Aviv, Dr. Solomon now resides in Plano and was the first host for TEDxPlano in 2014! His hobbies include flight radio controlled airplanes, and he is an avid pilot and paratrooper! 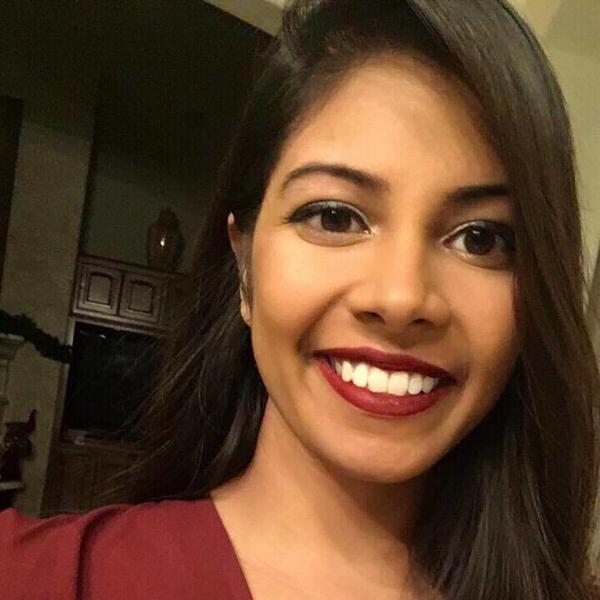 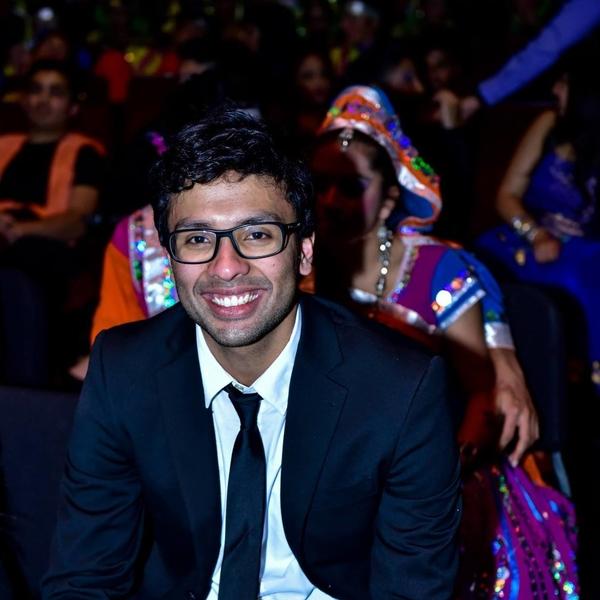