With our theme "Building Bridges" we aspire to represent the diverse interactions of students, staff, culture and academic disciplines within Leiden University and the communities in which our campuses are located.

Leiden University, as the oldest university in The Netherlands, has a prominent reputation in a wide variety of disciplines, shown by the existence of its 7 faculties and over 50 research institutes. Furthermore, the nearly 27.000 strong student body allows for stimulating academic endeavors. Hence, we want to provide a platform for these insights to be heard.

Furthermore, it is our goal to connect the communities surrounding our campuses in Leiden and The Hague through our TEDx event. With Leiden as one of the most famous European city's promoting intellectual thought on an educational level, and The Hague, as the international center for politics, culture and law, we are convinced that TEDxLeidenUniversity is not simply a good platform for sharing different ideas, but, additionally, an amazing opportunity to bring these different environments together. Since, combined, they allow Leiden University to continuously strive for excellence.

Karin van der Tuin is a medical doctor and PhD candidate at the department of Clinical Genetics at the Leiden University Medical Center. Her research focusses on the genetic background of rare endocrine tumors, in particular thyroid cancer in children and young adults, but she gained national attention with two projects during Lowlands Science: Thrill-seeking gene and DNA-dating

Raphael Rodan was born in Israel, a country known for its’ abundance in stories, many loaded with messages of violence and separation. Growing up in these circumstances inspired Raphael to use stories to another end. Can storytelling be used as a tool in the overcoming of national conflicts? Over the course of his studies in the UK and Israel and his career as a professional storyteller, Raphael has become driven to show that storytelling can become more then just a source for entertainment. That it can also inspire, connect, raise critical questions and most importantly, build bridges beyond the separation that lays in people’s different beliefs.

Rosalinde Spitters knows what is going on within the walls of academia when it comes to high stress levels and is willing to lobby for change. After obtaining her Propedeuse in Law at the University of Amsterdam, she decided to switch to Cultural Anthropology at Leiden University. After her Bachelor she stayed in Leiden, to start and successfully complete her Master’s degree in Global Economy and Culture. Besides experiencing the student life and struggles herself, Rosalinde also worked as a Student Assistant during her Bachelor years; not only with university but also high school students. After her Master's degree, her path lead her to become a student advisor, coordinator, and get involved in the Skills Academy. Her personal experience made her question the current University Culture. Through her work, she has witnessed its enormous effects on one’s life: mentally, socially, and physically, causing unhealthy lifestyles not only among students but also among her colleagues or other employees. Connecting all these stories, Rosalinde inspires us to unite and create a change to improve the well-being our universities create. She suggests a new model of “Sustainable University Culture”, aiming at a more comfortable working environment, realistic workload, and personal feedback.

Over the past 10 years, Seun Bakare actively practiced law at the African Union's human rights organ, the International Criminal Court and other organizations. He has gained experience in governance and democracy, human rights and rule of law, LGBTI and PLHIV advocacy as well as all aspects of public international law. Seun attained a Bachelor of Laws in Ile Ife, Nigeria and a Master in Human Rights and Democratization at the University of Pretoria in South Africa. Currently, Seun is striving for a Doctorate in Law at Leiden University. With his work at the African Commission on Human and Peoples' Rights, he significantly contributed to the protection of gay and lesbian rights on the African continent.

With dreams and ambitions to lead international diplomacy onwards towards peace and justice by further developing human rights across the world and having already delivered a powerful policy report on dealing with international drug trade-related problems to the Dutch Ministry of Foreign Affairs, Stephan Holwerda is a name not to be forgotten any time soon. Having lived in 9 countries in his young yet fruitful lifespan, Stephan comes loaded with experience and personal stories. It was during his process of moving to and from new places and being fully immersed in so many cultures, norms and values, that he began pursuing his interests in the field of identity politics. Traveling much of Planet Earth, he realized that identity politics is ironically different in western countries when compared to developing ones. He notes that the idea of classifying one’s own political views to and with an identical social group is an idea shunned upon in less-developed nations but is slowly gaining wide-spread attention in western countries. Stephan hopes to draw light on such contrasts and other issues related to racism, sexism and religious extremism through his own stories and personal identity.

Timo Schmidt is a former student of Leiden University, currently studying at the University of Oxford for a MSc in Migration Studies. Two years ago, he started a unique project together with his friend Florian Volz: Refugee Roads. 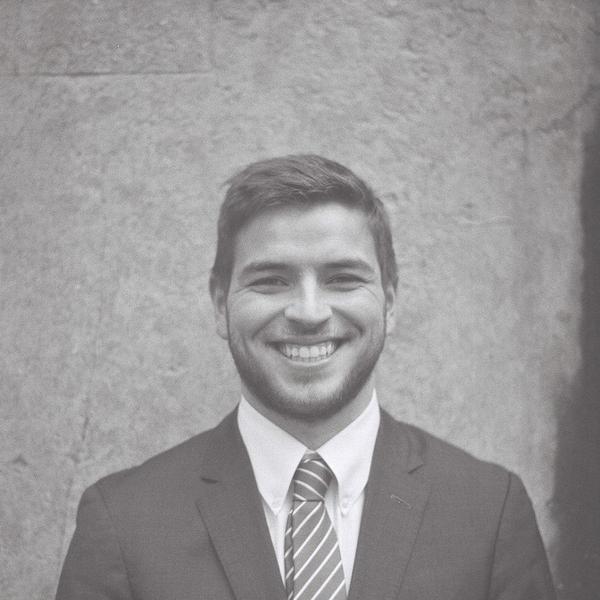