Dave Culligan is a 25-year-old videographer and founder of threesixfive Media Inc. He got his start in film and video after making the decision to quit varsity football in his fourth year at Saint Mary’s and eventually endeavouring to create and post a short video of his life online every day for a whole year. Despite having no prior experience in the field, by the end of the year he’d begun to work with brands like Ford, Red Bull, & Lulu Lemon, allowing him to leave his job and pursue video content as a career. This new path has brought him around the world from New York to Hong Kong and Australia; but, most importantly, it has brought him a new outlook on his community, his relationships, and life itself. Dave grew up in Timberlea, just outside Halifax.

Dr. Gabrielle Horne is a cardiologist at Nova Scotia Health Authority. She has an extensive research background obtaining a PhD on top of her MD. She is Dalhousie University’s first female MD/PhD adult cardiologist. Dr. Horne is an inspiration for women in STEM and was featured on hervolution.org in the 150 women in STEM campaign. Dr. Horne has become a symbol of resilience and strength for individuals in STEM.

Graham Steele was a member of the Nova Scotia legislature from 2001 to 2013. He was Nova Scotia’s finance minister from 2009 to 2012. Since leaving politics, he has written two books to help citizens understand how politics really works. Graham is currently a professor of business law in the Rowe School of Business at Dalhousie.

Born and raised in Halifax, Masuma Khan is a twenty-two year old Muslim woman whose family hails from Afghanistan. Now in her fourth year of International Development Studies at Dal, Masuma is currently Vice-President Academic and External of the Dalhousie Student Union. Masuma also works with the school’s Sexual Harassment and Assault Resource Group, sits on Dalhousie Senate, organizes public lectures to combat Islamophobia and is the Outgoing-President of Dal’s Muslim Student Association. Masuma is also a determined, engaged activist in her own right. Over the last year, she has led thousands of students into the streets to protest high tuition fees, spoke at the local Women’s March on Washington and organized a public vigil after the deadly Quebec City mosque shooting. Most recently Masuma has challenged Dalhousie University in their action to discipline her based on her stance on recognizing the whitewashing of Canada’s history, the ongoing colonialism within the Canadian state nation, and calling out whiteness that has perpetuated from such colonial structures. Propelling her into activism is the constant frustration that comes with being an Afghan woman, a Muslim woman, a racialized woman and a woman with an invisible disability

A Kentucky boy who wound his way along the North American highways to Halifax NS, Matt Steele wears his heart on his well-travelled sleeve. His band, Matt Steele & The Corvette Sunset ooze nostalgia and the best parts of power pop. With their new album “Half Girl Half Ghost”, Matt’s sharp songwriting fuels the engine while his formidable copilots The Corvette Sunset put the pedal down on an always-memorable performance. For this TedX solo DalhousieU appearance, Matt will be performing songs from his repertoire that explore romance, mental health and addiction.

Mercedes Peters is a Mi’kmaq master’s student in History at Dalhousie University from Wolastoqiyik territory and Glooscap First Nation. Understanding first-hand the impacts of the intergenerational trauma caused by colonization in Canada, she spends most of her time working to fight it. Since she was seventeen, Mercedes has been involved with various projects designed to educate others on Indigenous histories and present realities, ranging from producing a radio documentary on the legacies of Indian Residential Schools to working with youth teams on reconciliation initiatives in her community. Currently, Mercedes’ research focuses on the impacts of assimilation policy on Indigenous lives and identities, particularly the lives and identities of Indigenous women, and how colonization as a tool of oppression becomes internalized by Indigenous people over time. Mercedes will be starting a PhD at the University of British Columbia in the fall.

Robert Huish is Associate Professor in International Development Studies at Dalhousie University. Dr. Huish’s research includes several dimensions of International Development Studies related to health, social justice, and human rights. His research explores global health inequity and the role of social activism in bringing about better outcomes. Author of two books, and numerous articles, he has worked throughout Latin America, southern Africa, and Asia. Dr. Huish was the 2016 Ron Lister Visiting fellow at the University of Otago in Dunedin, New Zealand, and was a visiting fellow at the Institute for Health and Social Policy at McGill University in 2017. He was named as one of Canada’s most innovative educators in the Globe and Mail’s “Our Time to Lead” series.

Stephanie Pronk is a globally-minded, driven, inquisitive change-maker with a passion for social enterprise. Having worked for social enterprises in the UK and Canada, she currently serves as the Director of Operations of the Social Enterprise Institute, where she is on a mission to bring tools for transformative social change to anyone around the globe with an internet connection. In 2014 she was named by 21Inc as a Top 50 under 30 in Atlantic Canada, and has been a driving force behind numerous community organizations, including the Halifax Music Co-Op, and was an author of Nova Scotia’s 2014 Social Enterprise Census. A leader in the social enterprise sector, Stephanie has helped lead SEI’s parent company, Common Good Solutions to where it is today. While her background is in Human Resource Management she is considered an expert in project management, workshop creation and delivery, online marketing and web design, and all things social enterprise.

DalKing’s Swing Dance Society (DSDS) is a Dalhousie University and University of King’s College student society dedicated to promoting and organizing swing dancing in Halifax, NS. DSDS has been running for about nine years and operates on the Dalhousie and Kings campuses and at various venues in the community. DSDS is organized and run by a volunteer executive and committee groups and aims to foster swing dance in all of its forms including Lindy hop, blues, Charleston, balboa, and more. DSDS gladly welcomes community members and university students from all over Halifax (and beyond) - they offer dancing lessons at regular intervals throughout the year.

Wanda Lauren Taylor is an author, social worker, and activist. She is currently the Executive Director of Stepping Stone, an organization that provides support to individuals currently or formerly involved in the sex trade, advocating for their access to services such as health care and community supports, and safe exit plans, free from stigma and judgement. She is also Acquisitions Editor for Formac Publishing. Wanda’s most recent book, Ride or Die, is a teen novel that follows the story of a young girl taken from rural Guysborough and sold into a sex trafficking ring in Ontario, and her struggle to return home. Wanda has won awards for her work and is known for her fearless ability to write about and talk about those issues that most others would shy away from. 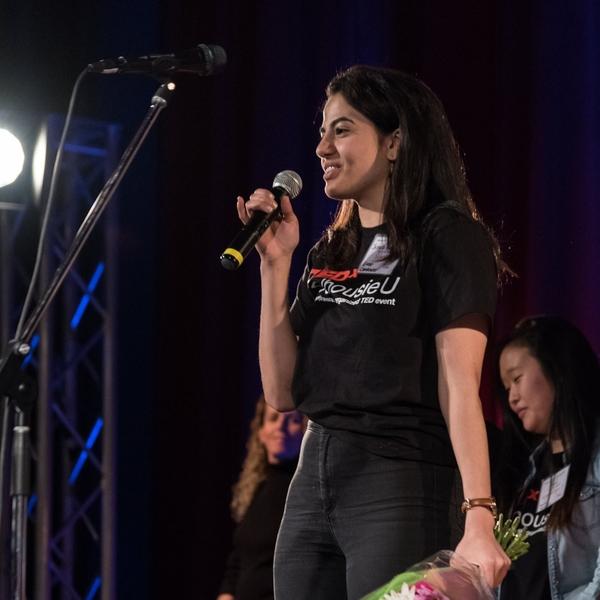