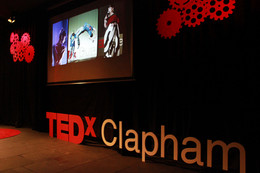 Growth is unavoidable; we see it everywhere. Technology is developing, populations are increasing, tensions are building, cities are widening, seas are rising. We all want to move forwards and fast, because, without growth - decay begins. Doesn’t it?
The concept of growth has been at the forefront of human development for thousands of years, but perhaps it is time we re-evaluated our relationship with it.
Ever since our inception, TEDxClapham has been committed to providing a platform for ideas to grow. A greenhouse if you will for new ideas, perspectives and break through discoveries to educate, motivate and inspire a legacy of change.
Join us on Father's Day, the 17th June at the Clapham Grand Theatre for TEDxClapham: Grow

Andy Shovel and Pete Sharman have been solving problems in food since 2012. Back then it was how to deliver the perfect burger to Londoners’ homes - crucially with minimal product degradation. They founded what is now a small chain of upmarket burger delivery shops called Chosen Bun. They successfully sold the business to a large fast-food operator in 2016. Now they’re tackling an arguably even more important problem - how to save the world with plant-based meat products. (NOT)MEAT is their new well-funded startup that aims to convert the 97% meat-eater market head-on.

Dr. Anna Machin is an evolutionary anthropologist, science writer, and broadcaster based at the University of Oxford. She researches the evolution, neuroscience, psychology and biology of our closest relationships; lover to lover, friend to friend, parent to child. She is passionate about sharing the outcomes of her work with the public and helping to make all our relationships healthier and happier.

Billie Quinlan is a co-founder and CEO of Leika, a platform dedicated to improving the sexual well-being of women. Female pleasure is still a taboo topic and as a consequence there's a distinct lack of equality in our most intimate spaces. In this talk Billie asks the uncomfortable questions and challenges the status quo around our sexuality.

Ché Lingo is a rapper/MC from South West London who started out with performances at youth clubs in Clapham Junction - since then he's steadily worked on his live shows, built a still-growing, fervent following, and put out some seriously good music - including collaborations with Kojey Radical and George the Poet. He brings together a heady blend of hip hop, jazz, 90s West Coast and a few nods to London grime. Ché has headlined Notting Hill Carnival and his own shows in Scotland and the Netherlands.

Dhruv Boruah was born in a remote village in northeast India and soon got used to rising to challenges, negotiating flooded rivers simply to get back home. What drives him most is the freedom of adventure, always pushing himself to step outside the boundaries of his comfort zone. His latest project was to cycle ON the river Thames on a floating bike, collecting plastic waste to raise public awareness about plastic pollution.

Harriet Guinn Jennings is a researcher at the University of Buckingham exploring the significance of tree throw features in Mesolithic Britain. Her focus lies in Blick Mead an archaeological site situated within the Stonehenge Landscape. She is also a designer graduating from Central Saint Martins and has worked on a range of projects from Interior Design, Film and Theatre and currently also does conservation picture framing.

Kate Bright is the founder of Umbra International, a company that represents and places elite female security professionals. She is also a passionate supporter of Veteran transition into meaningful civilian life and is on the committee for the charity 'Supporting Wounded Veterans' as well as being a Veteran aid ambassador.

Leon Taylor is a former competitive diver who competed for TeamGB at three Olympic Games. Following retirement, he transitioned to the commentary booth where he works for the BBC. Leon has a passion for performance, wellness and movement spending much of his time now as a speaker, executive coach, and mentor to the next generation of sports stars. His enthusiasm and skill for mentoring have allowed him to work with a range of athletes across Olympic and Paralympic sports. Most recently playing the role of Athlete services lead at the pre-Games Camp in Brazil prior to TeamGB'srecord-breakingg 2nd place on the medal table.

Dr. Michela Noseda received her medical training at the Catholic University in Rome before embarking on her research career at New York’s Albert Einstein College of Medicine. She studied angiogenesis, cardiac development and regeneration at the University of British Columbia (Vancouver, Canada) and Baylor College of Medicine (Houston, Texas) prior to relocating to London, at Imperial College. Dr Noseda is using high-throughput approaches and cutting-edge single cell technologies to build the knowledge required for strategies leading to cardiac regeneration and self-repair. The ultimate goal being reduction of cardiac muscle damage following heart attacks and, consequently, decreasing the progression towards fatal heart failure.

Andy Shovel and Pete Sharman have been solving problems in food since 2012. Back then it was how to deliver the perfect burger to Londoners’ homes - crucially with minimal product degradation. They founded what is now a small chain of upmarket burger delivery shops called Chosen Bun. They successfully sold the business to a large fast-food operator in 2016. Now they’re tackling an arguably even more important problem - how to save the world with plant-based meat products. (NOT)MEAT is their new well-funded startup that aims to convert the 97% meat-eater market head-on.

Richard Ballard has started an agricultural revolution along with business partner Steven Dring in the form of Growing Underground. Located 100ft under the streets of Clapham in disused WW2 Air Raid Shelter, this subterranean urban farm sustainably produces micro-greens using the latest LED technology. The duo is now delivering fresh hyper-local produce to retailers and the London wholesale markets.

Sam Bunch is a Clapham resident, mum, wife and complimentary therapist but more recently an information gather and author of her first book Collecting Conversations. For the past 7 years while raising her family Sam undertook a challenge - to interview 100 women about life - asking questions from the everyday mundane to bigger picture questions about life and death - then squeezing out of her comfort zone she wrote a book about it. Sam will share her thoughts on what she heard and learned about her experience.

Sam Conniff Allende is a multi-award winning serial social entrepreneur, and co-founder and former CEO of Livity, Don’t Panic and Live Magazine. Since starting his entrepreneurial career aged 19, Sam has mentored thousands of talented young entrepreneurs and hustlers around the world. He is an acclaimed public speaker, an advocate of ‘business as unusual’ or corporate responsibility and accountability, and a purpose-driven strategy consultant to brands such as Roald Dahl, Red Bull, Unilever, and PlayStation.

Sara Naim is a Syrian visual artist who grew up between Dubai and London. She received her MFA in Fine Art Media at The Slade School of Fine Art, London and works between Paris and London. Through visualising micro-formations, Sara’s practice dissects how proportion shapes our perception and notion of boundary. She explores the physicality of these ‘boundaries’ and its form, with questions like: If borders do not exist on a cellular scale, can we define ‘border’ on a macro scale? Can shape be considered an object in itself? 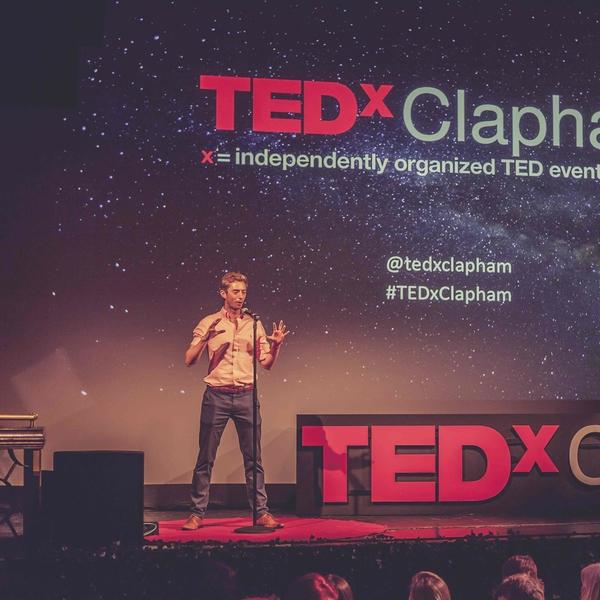