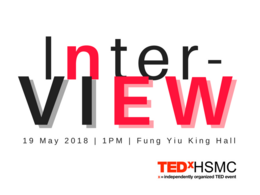 Sometimes we hear the ideas of others and think them unsound. We contribute our own thoughts, deliberate and collaborate with our peers, and that which once seemed too fanciful becomes first tolerable, then workable, and finally even desirable.

TEDxHSMC invites you to Inter-VIEW, the chance to be in charge of both questions and answers. Inter-VIEW explores the power of collaboration, laying ideas on top of each other and growing them from one another to create solutions that are engaging and inspiring to all those involved.

Alfie Bown is an author of philosophy and technology theory. His books include Enjoying It: Candy Crush and Capitalism (2015) and The Playstation Dreamworld (2017). He also writes journalism for places including The Guardian and The Paris Review. He is now working on a new project about love and technology discussing AI, online dating, social media, sex robots and other things.

Ben Bland is the South China correspondent for the Financial Times and the author of Generation HK: Seeking Identity in China's Shadow, which is published by Penguin. He was previously the FT correspondent in Indonesia and Vietnam and has reported across Asia over the last decade. He has interviewed top political and business leaders, covered key elections from Indonesia to Taiwan and written about everything from black magic to bond markets. Ben studied History at the University of Cambridge and completed a Masters in Southeast Asian Studies at the School of Oriental and African Studies at the University of London.

Brenda Rodriguez Alegre is a Registered Psychologist. She studied at the University of Santo Tomas, Philippines where she completed her PhD in Psychology with Magna Cum Laude honors. Her MA thesis and PhD dissertation were about transgender women. She is currently among the Board of Directors of STRAP or The Society of Transsexual Women Advocates of the Philippines which is the first and longest existing support and advocacy group for and of transgender women She is also one of the Trans Secretariat of ILGA. She is a Lecturer at the University of Hong Kong where she teaches Sexuality and Gender. She has upcoming publications on transgender people’s experiences. She is active in rights advocacies for LGBTQI and women in the Philippines and Hong Kong. Prior to teaching, she worked in human resources. She is a choir soprano in The Harmonics, an LGBTQIA choir in Hong Kong.

Mr Jasper Tsang Yok-sing was chairman of the political party Democratic Alliance for the Betterment of Hong Kong from 1992 to 2003. Before Hong Kong’s return to China in 1997, Mr Tsang was actively involved in the preparatory work for the setting up of the Special Administrative Region. He served on the Preparatory Committee formed by the Standing Committee of the Chinese National People’s Congress in 1996 and was a member of the Provisional Legislative Council of the Hong Kong SAR from 1997 to 1998. Mr Tsang was a member of the Legislative Council from 1998 to 2016, representing the Kowloon West constituency from 1998 to 2008 and the Hong Kong Island constituency from 2008 and 2016. Mr Tsang was the President of the Legislative Council from 2008 to 2016. Mr Tsang is Honorary Professor of the Faculty of Social Science of The Chinese University of Hong Kong and the Convenor of Hong Kong Vision Research Programme studying issues of governance and the major policy areas.

Khalid Khan served in Hong Kong’s Correctional Services Department for 33 years before retiring in 2007. In the years since, Khalid has honed his presentation and communication skills by taking part in and winning numerous Public Speaking competitions. He has been involved with Toastmasters Hong Kong for over twenty years, serving as President of Island Toastmasters in 2005 and 2006. He regularly travels around Asia giving workshops on being a Star Performer. Khalid is proudly married with three children. In the 1970s, he represented Hong Kong in hockey at the East Asian Games. Khalid has written a book, “You Can Shine”, and is the founder of two organizations, Circle of Charm and World Class Academy for Tomorrow’s Youth Development.

Simona Baciu is an international educator, a visionary and an agent of change in the educational field, the recipient of the Lifetime Award from British International Schools. Her belief is that education should nurture and grow the love of learning in students as well teachers while keeping an open mind and being curious and aware of the world they live in. At the beginning of the 90’, as a teacher in a state school, she decided to open a school in order to change the system and make a difference. Happy Kids Kindergarten was opened in 1993 in one of the rooms of the small family apartment. This is how Transylvania College, today's prestigious was born. Simona Baciu is part of several international and national elite organizations. She wrote articles and is a speaker at numerous national and international conferences where she promotes education for the 21st century based on mindfulness, emotional intelligence and leadership.

Tommy Leung (Mingjai) made his debut as a YouTuber in 2010, successfully achieving immense popularity and running one of the most subscribed YouTube channels in Hong Kong thanks to his great sense of humour and fresh insights into social issues. Truly dedicated to the media industry, Tommy Leung not only worked in a TV broadcasting company, but he is also an executive producer, a director, and a columnist. To illustrate, after his successful series of videos Today’s Freestyle (今日freestyle) on YouTube, he has been exploring other genres and topics, including Journey to the South (非南非旅), America Solo Travelogue (單身美旅) and Europe Grand Tour (歐遊列國). His latest creative endeavours include directing the movie Bio Raiders (生化藥屍) released in 2017 and writing regularly for Esquire HK.

Vivek Mahbubani is a Hong Kong-bred bilingual stand-up comedian performing in both Cantonese and English. Having been crowned the Funniest Person (in Chinese) in Hong Kong in 2007 followed by his victory in the English category at the Hong Kong International Comedy Competition in 2008, Vivek has had the opportunity to take his sense of humor all over Asia including Hong Kong, China, Macau, Singapore, Malaysia, Manila, Bangkok, Sri Lanka and India. Having been ranked as the top comedian in Hong Kong, in 2014, the World Famous Laugh Factory in USA ranked Vivek as one of the top 10 comedians in their Annual Funniest Person in the World Competition. In 2015, he was handpicked as one of the comedians to represent Asia's best in Melbourne International Comedy Festival's inaugural "Comedy Zone Asia" shows. One of Vivek's passions is reading and his favorite book is Sun Tzu's Art of War. Oddly, his favorite color is hot pink. 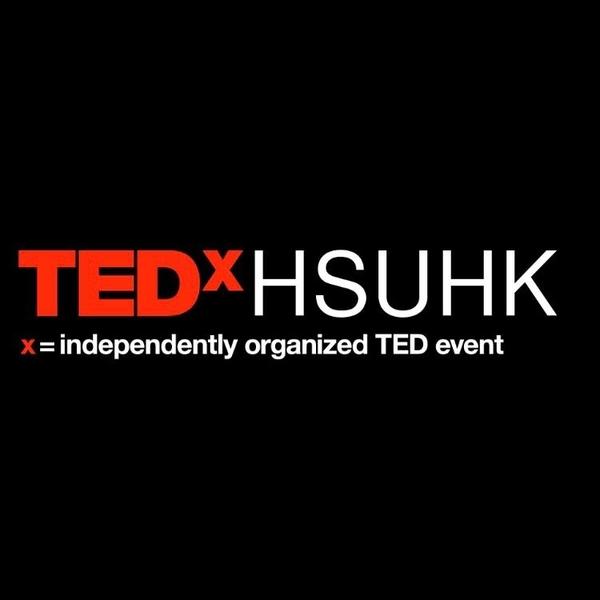