Theme: It's Not What It Seems

TEDxHSU is going to give out a deeper vision, a new sight, a closer shot, and a revealing sense of judgment. Our PURPOSE is to bring the ugly out of beauty, and get the covered beauty out of the beast and use them as an ingredient for creation. The point is, maybe someday, some people would value these things MORE, and would look deeper to find the truth . they'd seek out for this hidden layers. maybe what they’ll see wouldn’t be WHAT IT SEEMS now and they'd see things, very differently. we’d say “Why shouldn’t those be us?” So let’s discover the truth and dig out the creations and pretend today is the future!

Abedin Mahdavi was born on 1981, Tehran, Graduated in Directing from Tehran University of Art. He started photography at the age of 14. His photography activities include over 30 projects and over 12 single and group photo exhibition, He has directed over 41 short and long documentaries. Abedin Mahdavi has covered over 18 dangerous areas in countries such as Somalia, Haiti, Sudan, Afghanistan, Pakistan, Columbia etc. Holy Children International Art Group, founded by him, was established in Tehran, Iran, then moved to Switzerland. It consists of several international artist of different fields. He is now directing his debut movie about Kobani women in resistance groups.

Born in 1977 in Tehran, He Has studied Fluid flow and energy transition. After completing his bachelor and master in mechanical engineering at the Iran University of Science and Technology (IUST), he was accepted as PhD candidate in 2003 at the same university. His final project through his B. E. was about “Study of DVA (Dynamic Vibration Absorbers) in power transfer lines” and the final project accepted in Master of Science is “Analysis of Sloshing phenomena in cylindrical vessels”. The title of his PhD thesis is “Experimental and Theoretical Analysis of Micro Bubble Drag Reduction (MBDR)”.

Born in 1975 in Tehran and electrical engineering graduate. He is a raw vegan, animal lover, horse rider, singer, and vocal coach. He started his musical journey when he was just 3 years old and his piano lessons at the age of 7. Now he is the conductor of Iran Philharmonic Choir" & orchestra. He was just awarded as the best conductor at the Armenian Music and Vocals Festival in 2010. He has composed and conducted pieces of the famous Iranian singer, Mohammad Nouri, in his works. Mana and Mani, an opera for children, written by Hossein Dehlavi in 1979 was performed 30 years later by 250 people conducted by Alireza Shafaghi Nejad and directed by Mohammad Aghebati and cooperating with Naser Nazar and Pars music group.

Dr. Farshad Salehi was born on 1984 in Tehran. He graduated at master degree in material engineering course, corrosion and protect material discipline from the Sharif University of technology. Since 2010 he is studying Ph.D. in materials sciences and engineering discipline at the Sharif University of technology and nowadays working as researcher in same university. Farshad salehi is also the specialist in microscopy techniques specialty in atomic force microscopy techniques (AFM) and leading the industrial department of sharif central laboratory. Has worked as an Adviser for different industries and organizations like, Sharif foundation, the Razi foundation, the America’s DOW Company, WEG motors company and many other creditable companies from all around the world.he is the founder and managing director of Sharif Nano Pars the first producers of nano coating products in Iran.

Gholamreza Maarouf was born on 1976 in bojnourd, He is a Teacher of Arts in university and school and is interested in Adaptive visual Arts and literature he is also a painter and has experiences as a Persian poet and, Artistic researches at Isfahan university of Arts.

Hamid Hosseini Bardaskan was born on 1985 in Bardaskan. When he was ten, he got familiar with the music of Iranian multi-instrumentalists with the notion of traditional music. At the age of 18, he entered Tehran University of Art in handicraft field and graduated in ceramic and glaze field in 2009. At the same year he was admitted to the same university in Master degree of illustration. As he worked as a sculptor and painter, his dissertation project was conducted at the handicrafts and assemblage. During his studies in the field of illustration, he addressed the topic of the presence of musicians in Iranian miniatures and drawings.

Hamid Reza Mohammadi is the founder of the Persian poetry web site “Ganjoor”, located at www.ganjoor.net, almost 11 years ago. Ganjoor is a collection of web sites, services and open source applications trying to spread Persian poetry and literature freely. The founder also has developed an open source Windows Forms application, an android app and ran some crowd-sourcing projects to extend Ganjoor collection using user contributions. Ganjoor and its related projects are becoming very popular among researchers in the field of Persian literature and other people interested in Persian poetry.

Born in 1972 in Tehran , He is professor and researcher of Pure Mathematic at the Ferdowsi University of Mashhad. He is the founder of Arith land; a Mathematic Based competition to encourage all people (specially the non-talented ones!) toward mathematics and to increase the average knowledge of the society. He always tries to make mathematics more comprehensible and easier to students.

Madjid Momeni-Moghaddam is born in Iran and has completed his PhD in molecular cell biology. He has done some research on stem cells during MSc and PhD specially on spermatogonial stem cells, since 2013 he started working on wound healing research Especially using natural products unlike synthetic drugs at Hakim Sabzevari university.

Rabe'eh Zand started learning music when she was nine years old by playing the santoor (string musical instrument). She learned simultaneously "Orff music" and its musical instrument category. She officially entered music institutions when she was 11 years old and chose Qanun instrument and educated in western classical music and also eastern traditional music in high school of Art. She entered Academia of Fine Arts and she was graduated in the field of Iranian music (playing of Qanun). She researched on how to improve the process of construction of Iranian Qanun in cooperation with Seyf Allahe Shokri and succeeded to optimize the instrument for better sound. She helps development of Iranian culture with restoring Iranian ancient instruments and composing music, specially the Harps such as Mesopotamia Harp (Chang e Beinolnahrein) and Arjan Harp.

Reza Naderloo completed his undergraduate studies in marine biology at Gorgan University in 2002. He received his MSc in Animal Biosystematics from the University of Tehran in 2005. His research focused on the crabs of the Persian Gulf, and became the foundation for subsequent research that put him in touch with two of the most famous crab specialists in the region, the late Michael Türkay and Michael Apel. In 2007 he then started a PhD program in marine biodiversity at Frankfurt University, and a year later was awarded a scholarship from the DAAD. He attained a postdoctoral fellowship, from University of Regesnburg where he developed his skills on molecular phylogenetics with working on the phylogeography of fiddler crabs in the Indo-West Pacific. Currently, he is an assistant professor in the animal biosystematics department at the University of Tehran. Reza Naderloo has published over 40 scientific papers on taxonomy and biodiversity of Crustacea of the Gulf. Recently, he published a book on the brachyuran crabs of the Gulf entitled “Atlas of crabs of the Persian Gulf” which will be a valuable reference not only for specialist in the taxonomy of brachyuran crabs but for marine biologists, ecologists, conservationists and anyone interested in the biodiversity of the marine environment of Gulf.

Born in 2000, Bonab, Iran. He became interested in robotics and decided to develop his knowledge in that subject. He got the honorary diploma of robotics in 2016. He has graduated from the Allameh Tabatabaie talented student's complex (NODET) of Bonab. He was also awarded in scientific competitions and workshops of Islamic Azad University of Najaf Abad (IAUN) and Institute of Applied Science of Mianeh (MIAS)(21 june ,2016). He was also obtained an award from international competition "NUDCUPAZ 2017" on 7th-9th september, 2017. He succeeded to organize the first school based startup at Allameh Tabatabaie talented student's complex on 20 Dec 2016 . He is recommended by member of science committee in mathematics department of University of Tabriz and rector of University of Bonab for his abilities.

“Versherang” is an ensemble conducted by Mr. Hamid Zabihi. It was founded in 2004 in Sabzevar aiming to introduce the enriched culture of its people to the world. The group distributes its idea by their performance in festivals, feasts and international exhibitions. The group has had many successful performances in such as international Expo Shanghai, china (2009), International Nowruz Celebrations, Tehran, 2010, etc. The group performs an old custom of their people, who attacked and defeated by the Mongolian corps. The people decided to rise in their readiness for fight while they are celebrating their occasions. 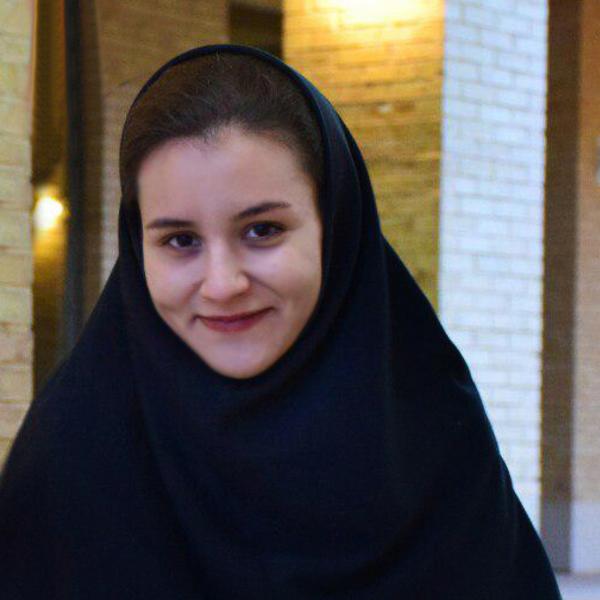 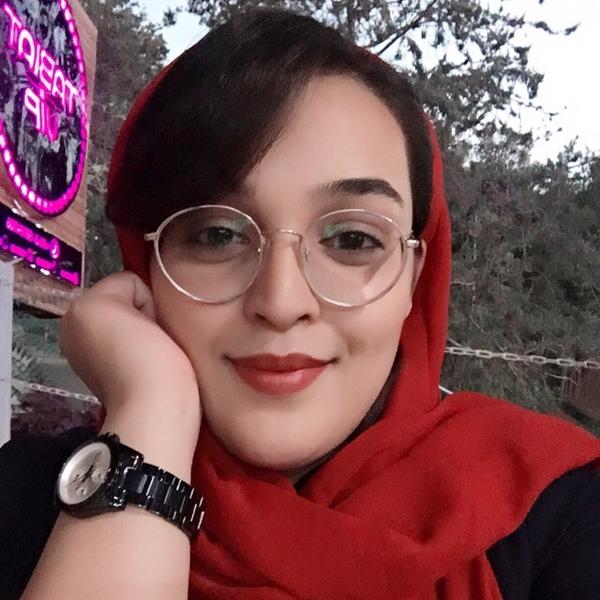