Trust is the crucial element of any relationship and the core of all interactions taking place in the world today. From our closest person to a complete stranger, in our everyday life, we have to choose to trust other people. Trust seems to be the most personal and at the same time the most publicly perceptible thing we own.

In a perfect world, we can trust our partners, leaders, colleagues, politicians, educators, doctors, journalists, but also institutions, technology, machines. But isn’t our most important task and responsibility to first trust ourselves, our guts and our own abilities to achieve great things in order to build our own world, even if it’s imperfect?

In the era of fake news, photoshop, limitless dreams and social media perfection - who do you trust?

Abeer Seikaly is an architect, artist, designer and cultural producer. She received her Bachelor of Architecture and Fine Arts from the Rhode Island School of Design in 2002. She joined Villa Moda, a lifestyle and luxury retail concept in Kuwait and the Gulf as a senior architect and project manager in 2005 and directed the first contemporary art fair in Jordan in 2010. In addition to her independent practice, Abeer is also the production manager of Adel Abidin, the internationally recognized Iraqi/Finnish video artist. In 2012, Abeer’s design, “The Chandelier,” was selected as the winner of The Rug Company’s Wallhanging Design Competition and she was selected as a winner for the Lexus Design Award for her work, “Weaving a Home”. With the later project, she addressed the need of refugees seeking shelter by creating a technical, structural fabric that expands to enclose and contracts for mobility while providing the comforts of contemporary life.

David Troy is a serial entrepreneur and community activist in Baltimore, Maryland. He is currently CEO and product architect at 410 Labs, maker of the popular email management tools Mailstrom.co and Chuck. He has been acknowledged by the founding team at Twitter as the first developer to utilize the Twitter API, with his project “Twittervision,” which was featured in the 2008 MoMA exhibition “Design and the Elastic Mind,” curated by Paola Antonelli. He is also organizer of TEDxMidAtlantic in Washington, DC and is passionate about data, cities, and entrepreneurship.

There is a reason why Debrett’s HK 100 named De Kai one of the most influential figures of Hong Kong in 2015. His work is an amazing combination of music, language, intelligence and culture. He is known to see the science in songs and teach language to machines. He started as a multi-instrumentalist songwriter at the Northwestern University's School of Music. Later he studied West African polyrhythms at Berkeley, but also computer music at the UCSD Center for Music Experiment and Related Research (CME / CRCA). As an expert in cognitive science, artificial intelligence and computational linguistics, he pioneered web translation AI and machine learning and worked on projects on intelligent conversational dialog agents.

Systematic Inventive Thinking, or SIT, is both the name of the company and the method Erez Tsalik is working with. New Product Development, Marketing Communications and Advertising, Problem Solving and Innovative Strategy - as a Senior Facilitator and an international expert on innovation strategy, Erez facilitates in all of the Systematic Inventive Thinking’s applications. Disney, Airtel, Siemens, Bayer, and McCann are just some of the big names, that trust in Erez and SIT. But Erez doesn’t only present his ideas to his leading international clients. He also lectures as a lead presenter in the area of creativity and innovation in academic institutes, including Columbia University, London Business School, Hong Kong University of Science and Technology and Tel Aviv University.

Gabriela Fuchs is an artist, whose work stems from playful curiosity focused on the phenomenology of life as a nonlinear conception of time-space and its current relative methodologies. Gabriela’s artistic approach questions conventions of the critical, compositional, cross-cultural, correlational, cosmopolitical, controversial and their operational systems of power and thought. She is an inventor and Founder of Dead Soon Project, a scientific discovery and art platform dedicated to the to the greater good. She presented her work at galleries, film festivals and art exhibition all around the world including Canada, France, Mexico, USA, UK, and other.

Johannes earned a Ph.D. degree in Technical Chemistry (TU Wien, 2016) for his work on the Design and Synthesis of Novel Organic Semiconductors Towards Their Applications in Organic Electronics. In his work, he synthesized and implemented triarylamines and oligothiophenes as active materials in electronic devices such as organic field-effect transistors, self-assembled monolayer field-effect transistors, sensors, organic light emitting diodes and a phosphorescent light emitting diodes which he partially carried out at Columbia University (USA). Since 2017 he works at AIT in the field of Graphene-Based Field-Effect Transistors for Smell Sensing Applications and the development of an Optoelectronic Lab on A Chip platform.

From a medical doctor, then professional kite surfer to a serial entrepreneur, bestselling author, and keynote-speaker, Julian Hosp’s life pattern is as advanced as the technologies nowadays. He co-founded the Singapore based FinTech company TenX, which has developed a technology that makes cryptocurrencies spendable anytime, anywhere and has raised USD $80 million in its initial token sale in June 2017. Julian was named one of the top Blockchain and Cryptocurrency experts to follow by Influencive in 2017.

Marcus Orlovsky is a serial entrepreneur, conference speaker, and moderator. Identifying opportunity, strategizing, overcoming challenges and ultimately succeeding is in his nature, as is educating. Starting off with a grounding in finance he went through Stanhope before branching out into a startup tech company and ultimately founding Bryanston Square, an organization committed to enhancing life chances through education. Along the way, he was also a non-executive director of an HR consultancy and put together an antique shop business. In addition to his speaking engagements, he now works in and around schools and their students. His time is taken up with projects and with helping drive change. He is also not a stranger to moderation, hosting and TEDx. He hosted various TEDx conferences over the span of his career.

Melanie Weinberger helps people to find their powerful potential and transform their lives. When not working with people, she is working for them. As a founder and CEO of Wellshift, which delivers wellness programs to American companies and as founder of the organization Peace Potluck, bringing communities together to facilitate local progress of the UN’s 17 Sustainable Development Goals. Melanie also consults brands and helps them to launch social good initiatives. She is an entrepreneur, an activist and a speaker.

Mogli’s dancing career started already at the age of five in Graz in the “La Balance Kindergarten”. Until the age of ten, he did classical ballet. Finally, in 2009, Mogli got fascinated by dance style called b-boying which pulls him into its spell until today. Due to his natural talent, he immediately got the chance to train with the SMA crew and above all to learn from them. In 2012, he got together a few other dancers from Carinthia to deliver a statement to the outside world under the name Funky Monkez. For Mogli, dancing is all passion, mission, and true calling.

Nyle DiMarco is a model, an actor and also an activist. In 2014 he became the second male winner and the first deaf contestant to win AMERICA’S NEXT TOP MODEL. Only two years later he added the Mirror Ball Trophy to his collection after winning DANCING WITH THE STARS. As a model, he has walked the runway for Giorgio Armani at Milan Fashion Week. Yet, his greatest acchievement was to become the face of the deaf community and disabled people worldwide.

Olivia completed her Ph.D. at the University of Cambridge. Her research focuses on anxiety disorders and is using the European Prospective Investigation of Cancer study, one of the largest, European cohort studies looking at chronic diseases, mental health, and the way people live their lives. Her research has been featured by the BBC, Forbes magazine, and USA Today, and she has appeared on several radio shows and podcasts talking about anxiety and the impact that it can have on people’s lives. Olivia is the creator and host of The Cambridge Talk Show, a weekly radio show focusing on lifestyle matters and mental health.

Rachelle Jeanty is Haitian Canadian singer and songwriter. After an adventurous and challenging attempt to pursue a solo career, Rachelle Jeanty decided to leave the glamour of the music world in order to fulfill her higher purpose and her deepest wish: to use her voice as an instrument to bring vibrations of Love and Peace to the people. Today with 4 albums to her name, performances at the United Nations in New York and at the Vienna Opera Ball as well as successful singing & meditation workshops and concerts called ’Spirit of Joy’, Rachelle is completing her life path by sharing with us the miracles that happened on her rise and fall to success, and her exploration of the everloving power of the divine guidance called intuition.

Young British guitarists Mikhail Asanovic and Jake Wright, together known as The Showhawk Duo, started out as buskers and have since gone on to play all over the globe. They have appeared on BBC Radio 1 on the Nick Grimshaw’s Breakfast Show, they performed for the LAD Bible and BBC Radio Bristol. They played at the UK's large festivals including the Main Stage at Bestival, Glastonbury, Secret Garden Party, Wilderness, Somersault and more. International performances include F1 Grand Prix in Singapore, Seychelles, club tours in Spain, Switzerland and the Netherlands and a 20 - date residency at Pacha in Ibiza. 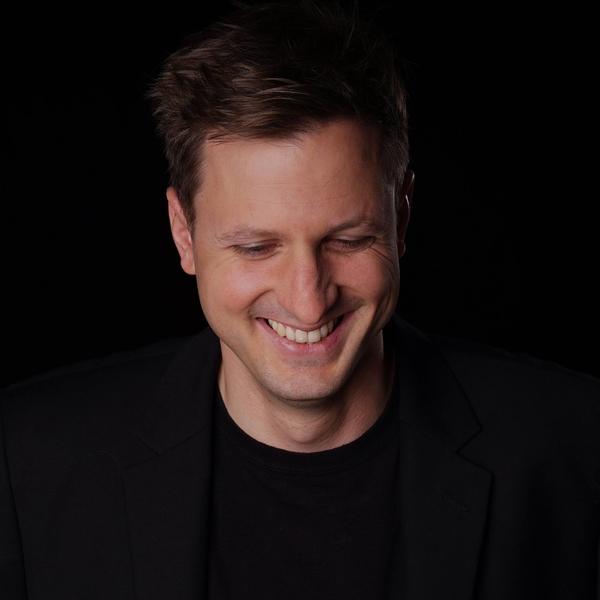