A TEDx conference is one dedicated to the spreading of new ideas, modelled on TED’s principles of ideas worth spreading. The theme for TEDxVivekHighSchool is Thinking Out Loud. Thinking out loud means speaking the unspoken.

Thinking Out Loud emphasizes on the importance of voicing out ideas sprouting from the unexplored areas of the mind. Ideas that lead to innovation and creation. Thoughts need action and thinking out loud is a pre-requisite for taking a step towards making the world a better place. TEDxVivekHighSchool aims towards inspiring the audience to think along divergent lines and indulge in inquisitiveness with the unique content provided by the speaker.

Founded by Samreen Chhabra and Gursahiba Gill, Mukhtalif is the poetry society of MCM students. Samreen Chhabra has worked as a student journalist in the past and has served as the Editor In-Chief and Advisor of Press at several MUN conferences. Her poetry touches upon themes of diaspora, human dynamics, contemporary politics etc. Equally passionate about theatre, she involves the culmination of the two forms in Spoken Word Poetry. Gursahiba Gill has served as the Editor In-Chief for the magazine ‘Just So Rad’ and as a fashion, beauty and lifestyle columnist at Panjab University’s online newspaper, PU Mirror. She has won numerous prizes in writing, debate, elocution and academics. Avleen is a Masters in English student who has served as the editor in chief for PU’s online magazine PU Mirror and currently writes articles for national dailies. She has collaborated with the Azaad Fankar Initiative, Pakistan to bring communities together through love and poetry.

A 1980 batch IAS Officer of the Haryana cadre, Ashok Lavasa was appointed as Civil Aviation Secretary in December 2013, served as secretary to the Ministry of Environment in 2014 and was appointed finance secretary in May 2016. His book “An Uncivil Servant” was published in 2006 and he has written several papers social, economic and environmental issues. Apart from this, he takes a keen interest in sports like cricket and tennis, adventure sports like river rafting and trekking, and is an avid photographer, having held several photo exhibitions in various Indian cities.

Mrs. Krishni Anand has been an educationist for over three decades and has taught English for seven years in St. John’s High School, Chandigarh and subsequently, for twenty-six years in Modern school, Vasant Vihar, Delhi. A student of Stewart School, Bhubaneswar, she displayed her cultural talent both in dance and theatre. She represented India as a member of a Youth Goodwill Delegation to Japan sponsored by the Prime Minister’s Office of Japan and coordinated by the Indian Ministry of Education and Culture. She has also been associated with several social service activities. She was the President of the Karnal Chapter of the Bhartiya Mahila Sangh in 1983-84 which provides vocational training to rural women. She was also President of the Hospital Section of the Karnal District Red Cross. She organised several blood donation camps during her tenure. She was commended by the President of India Gyani Zail Singh for services rendered to the Hospital Section of the District Red Cross.

An educationist, a humanist, a pedagogist and an author, Nita Ganguly has always used her knowledge and skill to the maximum, learning and growing with her students. She firmly believes that people cannot be forced to adopt certain attitudes, unless they embrace a sense of responsibility and accountability to protect the environment. Her first award was the “Sau Sudha Balchandra Bapat Award” in 1991. A “National winner for Best Teachers Award for excellence in Education” organised by Rustam Irani Foundation in 2004, she is currently freelancing and conducting Pedagogy, Climate Reality & Eco Designing workshops using innovative methodology of teaching to integrate all subjects & link it to the environment we live in.

Roopinder Singh is an Indian journalist and author. He is Associate Editor with the English daily newspaper, The Tribune, published from Chandigarh, India. His specialization is Sikh history and culture, information technology, and education. He is the author of five major books in English, including a critically acclaimed volume on the founder of Sikh religion, Guru Nanak Dev, and a volume on Sikh heritage. At St Stephen’s College, Delhi, he read his BA Philosophy (Honors) and MA Philosophy degrees. He was also secretary of the college's Philosophical Society and the Punjabi Society. Roopinder Singh was Assistant Editor, Indian Observer, New York. He joined The Tribune at Chandigarh, India, in 1991. He launched the internet edition in 1998 and headed it till 2015. He has been in-charge of book reviews since 2002.He is in-charge of the Spectrum and Sunday Reading, Saturday Extra, Real Estate & Jobs and Careers supplements.

Sudhanshu Kaushik a graduate student at the University of Oxford. CEO and Founder of Young India Foundation, he is working to lower the age of candidacy in India to 25. Young India Foundation is India's first consulting agency and youth advocacy group that specialises in India's young demographic. It works with and advises private and public institutions to better their policies towards the youth as well as advocate for youth rights pan India. He has also founded ‘Equality Initiative’, a non-profit organization focused on providing community based education to students in rural and impoverished areas. He has chaired the conference, ‘India and Pakistan: A Subcontinental Affair’. As an active leader for groups at NYU, he has successfully initiated and led several events around New York City. He is the author of ‘The Forgotten State: Haryana’s Dichotomy’ in the 21st Century due to release in early 2018.

Vivek Atray is an Author, Motivational Speaker, Mentor and Independent Advisor. He retired voluntarily from the IAS at the age of 50. He areas of expertise include: Digital Governance, Investment Promotion, Education, P.R., Tourism and Sports Management. He has inspired thousands of youngsters to adopt a cheerful, positive and multi-dimensional approach to their lives. He is an acclaimed orator and has spoken at events of NASSCOM, CII, PHDCCI, TIE, MAIT, NCGG, LBSNAA, IIFT, ISB, Vibrant Forum and numerous Universities, Colleges, Schools and Corporate houses including INFOSYS, AXIS BANK & HINDUSTAN TIMES. He has spoken at two TEDx talks. He speaks regularly on Leadership, Life Skills, Pubic Speaking Skills, Emotional Intelligence, and Calmness. His novels "Move on Bunny!" & "Dubey ji Bounces Back" proved highly popular. His is currently writing a book on Life Skills for Young Indians. He writes a fortnightly column- Random Forays- for the Hindustan Times. 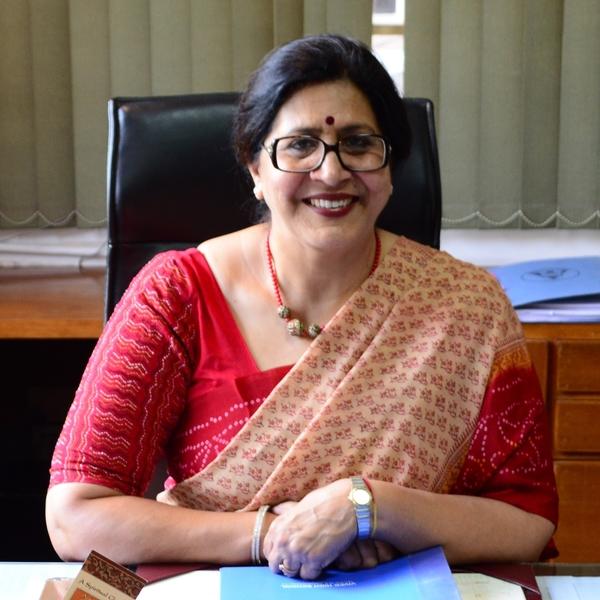