TEDxIbara is an independently organized TEDx event holding in Abeokuta, Nigeria on 19th May 2018. The theme of our event is “Mastering Change” which is aimed at highlighting innovative changes in important but diverse sectors while understanding the principles of change and its forms of adaptation within the community. This would also showcase exceptional Nigerians who are excelling in their various fields.
TEDxIbara tends to avail attendees the opportunity to meet with witted and experienced speakers, create a platform for networking and inspire them into a drive for innovation and continuity as it affects the development of our community.

Adenrele Sonariwo is an award-winning, gallerist and curator, founder of Rele Art Gallery and Rele Art Foundation. She holds a Masters of Fine Art - Academy of Art University San Francisco, CA, a Curating Contemporary Art Certificate – University of the Arts, London and a B.A. Business Administration/Accounting (Honors) Howard University, Washington, DC. She has curated and over seen several commercially and critically successful high-profile art exhibitions within Nigeria, The United States and Italy. She was the first person to curate an art exhibition at Nigeria’s seat of power, The Presidency (Abuja) and has been featured in global publications such as the Financial Times, The Art Review, Forbes Africa, and Vogue. In 2016, she won the Future Awards Prize for Arts and Culture. She would be speaking on "Tales of a Nigerian Contemporary Artist" under the Arts and Culture theme concept.

Omotayo Atinuke Junaid is a young woman committed extensively to community development and the empowerment of the girl child. She is the Executive Creative Director at 3113, a Ready-to-Wear Fashion Outfit for women, whose target is to break the norm and ensure sizes, circumstances and other medical issues do not hinder the style of a woman. Atinuke is also the Lead Volunteer/Founder of Safe and Smart Foundation for Girls, a non-profit organization focus on menstrual hygiene management for girls in rural communities. She has volunteered for several youth and women empowerment programs and conferences. She strongly believes that teamwork, strategic collaboration, volunteering and taking proactive steps to ensure societal development contributes immensely to the change and desired future for which we all hoped for.

He Is an innovative entrepreneur with a strong creative flair, analytical drive and passionate focus on evolution of successful indigenous enterprises. He is an Alumni of Lagos Business School, Cranfield School of Management, Nigeria Law School and Obafemi Awolowo University. He worked as a Pupil Solicitor at BABALAKIN & CO, Assistant Legal Officer at ECOBANK NIGERIA PLC and he became an Acting Contracts Manager at TEXACO OVERSEAS PETROLEUM COMPANY UNLIMITED and he was promoted to Senior Legal Officer. He founded LEGACY REALITIES LIMITED and LEGACY HOLDINGS LIMITED in 2001 & 2003 respectively and acted as Chief Executive Officer and Project Coordinator until his appointment as Special Adviser to OGUN STATE Governor and MD of OPIC. Since his appointment in 2013, he serves as a key member of the state;s housing strategy management. He would be speaking on "Accelerated Construction using Form-work Technology" under the Real Estate theme concept.

Femi Royal is the Founder of Nigeria’s Agricultural Technology Organization, MyFarmbase Africa using technology to bridge the information gap in the Agricultural sector for Agribusiness owners and farmers. Femi was named amongst top 20 young Africans at the Africa Agribusiness Youth Challenge in Ghana by the African Agribusiness Incubation Network. He is passionate about the future of Agriculture and recent technological trends that anchors agriculture in the 21st century. He is an alumnus of CommonPurpose (UK) Global Leadership Experience, TFA/FORD Foundation Political Leadership Program, Central Bank/Bank of Industry Youth Enterprise Program, Lagos Business School’s Project Management and Sustainability Program, YouWin Connect Program, African Changemakers Fellowship and he is a Global Shaper of the World Economic Forum. He facilitates NEXT Economy Program of FATE Foundation, and volunteers his time to mentor start-ups at FATE Foundation and recently at Google LaunchPad Start.

Hakeem O. Akiode is an emerging Global Leader, Public Speaker, Human Resource enthusiast and Social Entrepreneur. He is currently a 400L Student of Animal Sciences (and majors in Nutrition and Feed Technology) at Federal University of Agriculture, Abeokuta. Hakeem's passion for social change made him join ENACTUS in 2015, a global non-profit and community of student, academic and business leaders committed to using the power of entrepreneurial action to transform lives. He has leveraged on this platform to launch inspiring projects that have impacted more than 200 people directly and an estimated 2000 persons indirectly, since he joined. One of his recent core projects and innovation, which he has already implemented in some local communities, is the purification of dirty-water using Bio-sand Filter and Aloe Vera aimed at creating sterile drinkable water for communities who have limited access to portable water. Hakeem is an incurable optimist and a die hard go getter!

Oluwatobi Oyinlola is an Embedded Systems Engineer, Inventor, IoT Evangelist with an extensive experience in Embedded Systems Design, IoT, Robotics and Firmware engineering. A passionate member of IoT Europe which he was featured representing Africa on World IoT day explaining how he uses IoT to solve some critical Africa Challenges. Oluwatobi also represented Africa in a competition organized by Hackaday in San Francisco, USA where he built a Lightning Sensor which automatically check for Thunder strike and can be logged remotely. Recently he has been working with Rensource Energy, a company Pioneering Internet of Things in Nigeria by providing Power As A service (PaaS) where you can remotely monitor and control your energy usage. Oluwatobi played a vital role in the SpaceX Hyperloop competition, a project sharing the dream of realizing the fifth mode of transportation initiated by Elon Musk, i.e. the Hyperloop where his team won the Best Innovation of the Year 2017

Seni is the Country Director of Andela, a venture-funded technology company that is building the next generation of global technology leaders in Africa. He is passionate about building an ecosystem of exemplary African businesses and leaders. Before joining Andela, he built a new corporate jet airline at Bristow Nigeria, with daily flights connecting Lagos, Port Harcourt and Abuja. Seni’s prior career includes strategy, management and operations at Bain, HP, Konga and CardinalStone Partners. He is passionate about building and inspiring exemplary African leaders and believes in mentorship as a medium for accelerating human progress. Seni holds a Bachelor’s degree in Electrical Engineering from North-western University and an MBA from Harvard Business School. He would be speaking on "How Africans are influencing the Future of Technology" under the Technology and Innovation theme concept.

Tolani Alli is a published documentary photographer, the personal photographer to the Governor of Oyo state, Gov. Abiola Ajumobi. She started photography at the age of 18 in United States and since then been documenting all through. The medical student left medicine career to be a full time documentary photographer and she is the first female photographer attached to a political figure in Nigeria. Her enthusiasm for social justice, people & politics and culture has helped in creating imagery that captures timeless memories for the future. She would be speaking on "Politics, Photography and the Public" under the Media and Photography theme concept.

Tunde Kelani, cinematographer and producer. In a career spanning more than four decades, TK specializes in producing movies that promote Nigeria's rich cultural heritage and have a root in documentation, archiving, education, entertainment and promotion of the culture. In the 1970s, Kelani worked as a BBC TV and Reuters correspondent, and in Nigerian TV. For Reuters he travelled to Ethiopia to cover the drought and to Zimbabwe three times to cover independence there. He recently added a new film Arugba which concluded free, open-air community screenings in 57 local government and development council areas of Lagos State in Nigeria. Tunde Kelani uses the Mobile Cinema Project, designed to take information and entertainment to the grassroot. 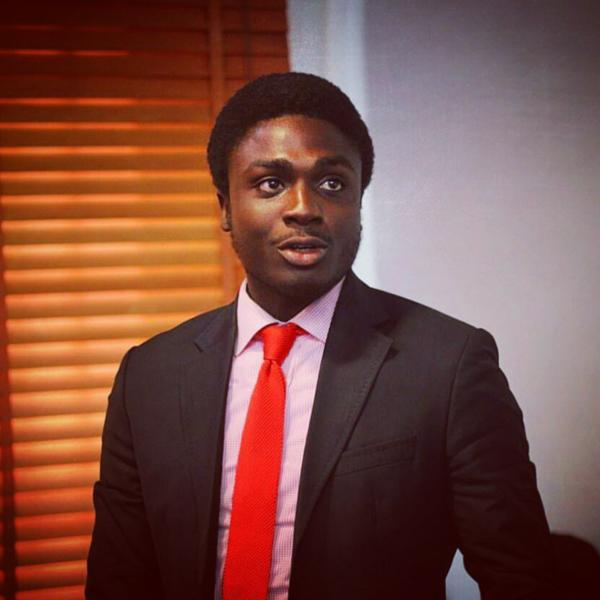