Theme: Where I Stand

As a society, we have progressed immensely – from cavemen to scientists and astronomers; from hunters of the wild to leaders of a concrete jungle. However, what is it that makes us human? Have we progressed so much that we forget the basics of being a human? What then is our role as a human being in this vast world? What is our purpose? What is our significance?

TEDxUniversityofMalaya 2018 aims to spread the idea of remembering who we are and our purposes in life – that we are neither meant to be slaves of society nor a generation of robots with a defined life-cycle; that our actions and thoughts can alter the future or even mould a generation. So often we aim to chase the dream that we forget about the journey, the reasons behind the dream and how we have a way of changing the future

When the guitarist of the Oh Chentaku band found that it was hard to acquire locally denim brands, he decided to come out with his own brand instead known as Tarik Jeans. The brand was inspired from Teh Tarik, the drink that best represents Malaysian culture – where people from different races usually gather at Mamak stall and have it while having their chit chats. Afiq’s aim was simple: to unite Malaysian more through Tarik Jeans as the denim were made to be worn by simply everyone. Self-expression can come in many ways. While most people express themselves through art and music, Afiq chooses to express himself through fashion, particularly through a denim ensemble. Afiq brings a whole new meaning to the phrase “fashion statement” as he not only uses it to define himself but also helps others define themselves with it. Through his talk, one can learn the importance of a first impression, the statements we make through our clothes and the changes we make with it.

Cheryl Ann Fernando is the Country Director of Global School Leaders Malaysia, a non-profit focused on providing leadership training for school principals from underperforming schools. Previously, Cheryl served as a Teach for Malaysia fellow for three years where she taught English in a rural school in Sungai Petani, Kedah. As an English teacher, she employed various strategies to help her students read and speak English. One of her most notable success is guiding her students to win the district choral speaking competition. This success was then the inspiration behind the movie ‘Adiwiraku’. Adiwiraku, was one of the first few education-related movies in Malaysia and starred Cheryl’s own students from Sungai Petani. Adiwiraku went on to win the Best Picture award at the recent Malaysian Film Festival. Cheryl also released her first book ‘T for Teacher’ early this year. Cheryl graduated with a degree in Mass Communications, Masters in Management and a Post Graduate Diploma in Education.

Dipti is a lawyer by training who advocates the empowerment of underprivileged communities and is particularly involved in issues pertaining to educational equity. Currently, she serves as the CEO of MCII, an NGO that promotes collective impact as a sustainable method of impactful change within the education landscape. As an advisor to Queen Elizabeth II and the Royal Family, she serves on a panel to develop the Queen's Young Leaders programme. She is also a UN Youth representative and led the UN Changemakers in Geneva - a movement which promotes youth involvement in policymaking. Passionate about education and accessibility, Dipti was the founder and project manager of a social enterprise project in Nepal which aims to rehabilitate drug users and educate and feed homeless children.

Haresh Khoobchandani is CEO at the REA Group for Singapore and Malaysia. Haresh brings more than 25 years of experience working in the Asia region, leading and transforming organizations & teams to thrive in the Digital Age. Haresh spent the last 19 years at Microsoft across various senior leadership roles in both the Sales and Marketing disciplines. A post-graduate with a Masters of Business Administration with Distinction from the University of Stirling and a graduate in Leading Change and Organizational Renewal at the Harvard Business School. Being passionate about education, he teaches in several business schools in the area of Business, Leadership and Diversity as an adjunct professor. Besides that, he is also the CEO in Residence at the Essec Business School and sits on several boards. A passionate advocate on technology as a transformational enabler & a certified coach, Haresh coaches senior executives in the areas of Leadership, Diversity and driving Transformation in the Digital Age. Haresh was awarded the Global Brand Leadership Award at the World Brand Congress in 2011 for his thought leadership in marketing.

Heidi Shamsuddin is the author and creator of ‘The Door Under the Stairs Series’ published by Oyez Books. Four books in this time-travelling series have already been published, with four more to follow. In 2012, she won the regional prize in the Eye Level Children’s Literature Award for her short story Johan the Bee Hunter. More recently, her short stories have been published in the Fixi Novo anthologies, PJ Confidential, The Chronicles of KK, Micro Malaysians’ and Remang: An Anthology of Ghostly Tales’ published by Terrer Books. She has just completed her YA novel set in Mount Kinabalu and is working on her second novel. In addition to writing fiction, Heidi works closely with local animation companies to write scripts and create characters and stories for TV series and short animated films. In a former life, Heidi was a maritime lawyer working in London and a restaurateur in Kuala Lumpur.

Ian Yee is the deputy executive editor and producer of R.AGE, an international award-winning documentary journalism team based in Malaysia. The team specializes in investigative journalism, and is perhaps best known for its "Predator in My Phone" series, which helped expose the imminent criss of online child sexual grooming in Malaysia. It's latest investigative project, "Student/Trafficked", has already spurred action among various government agencies to tackle the trafficking of students through bogus Malaysian colleges. Ian calls R.AGE's work "impact journalism", because their projects aren't just about exposing problems and issues, but also providing clear action campaigns for the public to play an active role in solving those problems. These projects have helped the team win 18 major awards over the past two years, including the World Young Reader Prize, World Digital Media Awards, Asian Media Awards, United Nations Malaysia Award, and Malaysia's top journalism prize, the Kajai Award.

Kuhan Pathy, an innovator and entrepreneur with passion, is an oil and gas engineer by day who strives unrelentlessly to inspire youths around the world to drive transformation. He was recently conferred with the Malaysia Top 10 Most Innovative Young Leaders 2016. In Brunei, he is known as a multi-award winning Malaysian youth with his recent debut as the first international youth speaker in TEDxBrunei, inspiring others along his journey locally and in ASEAN. Beating the odds and defying conventions, he set up Malaysia’s 1st Social Enterprise Food Truck, thus sending a wave of change in the mobile food industry. As the founder of a social enterprise Masala Wheels, he donates 100% of its sole profit to non-profit organisations as well as to the homeless. He was recently selected by the US State Department after a stringent process to participate in the GES+, a Global Entrepreneurship Summit 2016 representing Malaysia, hosted by President Barack Obama. Kuhan aims to assist in the development of the homeless community and truly believes in giving back to the community.

Surrounded by forest since young did not stop Matthias Gerber from being the Greenest Person on the Planet in an online competition by 3rd Whale in Canada. He has been to 40 countries in 19 years as a passionate advocate of green living, working on his mission to inspire people to make a positive and permanent change towards living and working sustainably. He started up Eco Warriors in 2008, a community movement focused on taking positive action to combat climate change. By successfully reducing personal carbon footprint with a life without a car and a monthly USD10 electric bill, he believes Malaysia should not only reduce building power plants, but also focus on reducing 10 percent electricity consumption for each household. As of date, Matthias has single-handedly built the first tiny off-grid eco home in Malaysia and published a book printed with Mushroom ink on recycled paper without a single tree being cut. With the concept of green revolution in Malaysia, Matthias needs everyone to be the agent of change. One small action at a time, your small step today may heal the world tomorrow.

Suhaili is a renowned choreographer, Aswara dance lecturer and an international performer. She pursued her degree at the Victorian College of the Arts Secondary School in Melbourne, Australia after completing her Sijil Pelajaran Malaysia. Her work includes “2=1" for Aswara’s contemporary dance showcase Jamu in 2008 and “Nerds Gone Nuts” which won first prize in the dance category for “Short + Sweet” in 2009. However, Suhaili was diagnosed with scoliosis when she was 12 that became a drawback for her while she was on the verge of becoming a professional dancer. But, being the fighter that she was, Suhaili did not give up and refused to let her condition hold her back from the success she was determined to achieve. Sometimes in our lives, in spite of following our passion and doing the things we like, things will not turn out the way we want them to. At times like these, it is easy to throw in the towel and simply give up. Suhaili serves as a testimony to all of us that no matter what life throws at us, we determine how our lives turn out to be. It is in the end, us, that create who we become.

Surenthiran Pillai is the winner of Gold Medal for Counselling Innovation. Moreover, he is an experienced counsellor, certified laughter yoga leader, psychology officer and self-taught author who believes that self-realization is the key to changing our lives. As an experienced counsellor, he believes that self –realization is the key to changing our lives. Besides being a certified laughter yoga leader and a psychology officer, he is also a self-taught author. He won the Gold Medal for Counselling Innovation for his self-help book ‘100 Things To Think About For A Better Life’. He is no stranger to the media as he has done numerous talks on various mental health related such as emotion management and mindset building. His outgoing happy go lucky personality and positive mindset shapes the people around him. For him, change and success begin from the mind. A mind prepared for success will indefinitely achieve success. 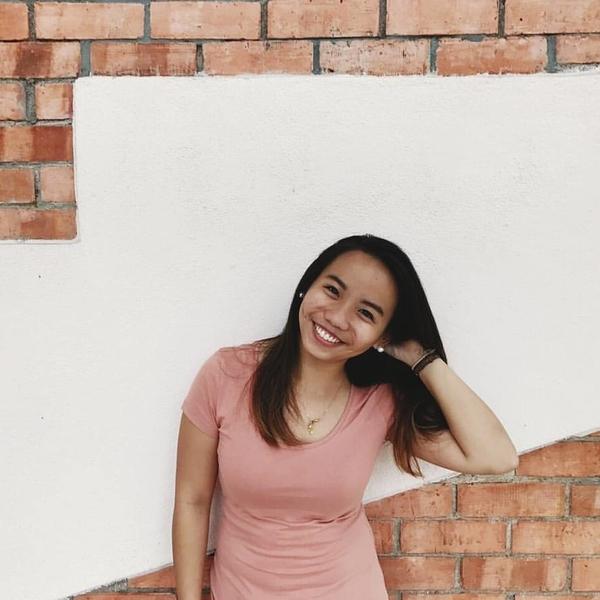 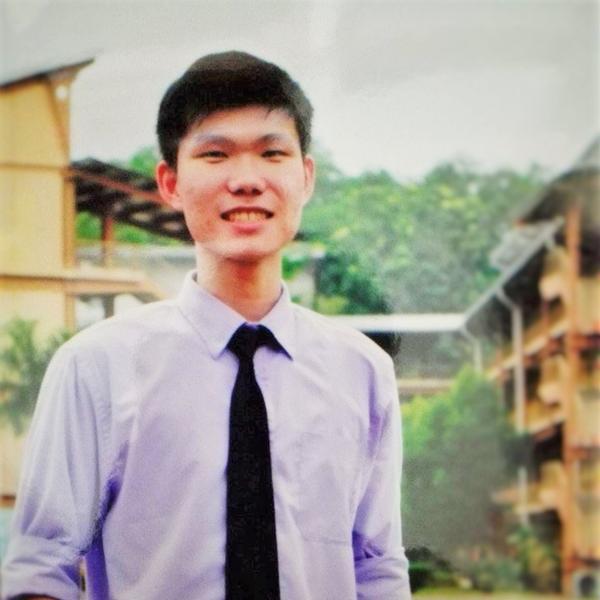