Adit is a junior at Westview High School and takes advanced classes at Portland Community College. He is an active member of his high school’s speech and debate team, tennis team, and Model United Nations club. Outside of school, he focuses on gene therapy research that he has been conducting at local institutions for the past three years. He hopes to attend college and major in computer science with a minor in biology so that he can live his life-long goal of working to combine these two major fields together and start a company.

Danielle LaSusa Ph.D. is a Philosophical Coach and Consultant–helping people to think clearly, choose confidently, and live purposefully–and the co-creator of Think Hard podcast, which brings philosophical thinking to everyday issues in culture, politics, art, and society. Danielle also teaches philosophy at Portland Community College in Portland, OR. She delights, among other things, in dancing and hiking with her husband and two-year-old daughter. Find her at daniellelasusa.com.

Jon Briggs studied Biology at the University of South Florida and received a Ph.D. in Medical Microbiology and Immunology at USF Medical School. His graduate research was performed at Moffitt Cancer Center in Tampa, Florida, and his dissertation work examined the genetic regulation of new blood vessel growth in tumors. He performed postdoctoral research in Oslo, Norway with a focus on the signal transduction pathways of metastatic melanoma. Upon returning to the USA, Jon became a biology instructor at Portland Community College where he currently teaches various biology courses. He is actively involved in a variety of STEM-related projects to help students understand microbiology and other topics.

Elizabeth Cryan is a Landscape Designer, Veterinarian, and Horticulturalists who lives in the Pacific Northwest with her husband and two daughters. While training to become a Veterinarian she interned at Africam Safari, the biggest zoo in central and South America, located in Puebla Mexico where she was raised. After finishing her degree she got married and moved to the United States where she started her family. After working in emergency veterinary medicine she made the transition into horticulture and shortly thereafter progressed into landscape design where she has studied and worked since. Elizabeth and her husband have two awesome daughters and live outside of Portland Oregon where they love to spend time outdoors and travel. She is very passionate about the green industry and in her spare time works as a volunteer to educate and raise money for causes she supports.

Joanie Quinn is a rainbow haired, menopause mom of four, who worked on comedy sitcoms in Hollywood before she became a breeder in Oregon. Joanie regularly produces & performs in SW Portland’s premiere comedy show “Spilt Milk: you’ll laugh til you cry!”, Harvey’s Comedy Club, and has performed in the Idaho Laugh Fest, San Francisco’s Mutiny Radio Comedy Fest, Eugene’s Women’s Comedy Festival, the Burbank Comedy Festival, and more. She’s saving up for her kid’s therapy one performance at a time!

Experimentation and research are the foundation of scientific knowledge. Despite this, most students don’t perform any research until they go to graduate school. In this talk, Jon Briggs describes how his beginning biology students have been studying the genome of a bacterium from a deep-sea hydrothermal vent using the tools of bioinformatics.

Lucas Gudman is a twenty-two years old student of Portland State University and is about to complete his minor in electrical engineering this summer. After, he plans to transfer to the University of Oregon to earn his bachelors of science in economics. He is currently the Activities Coordinator for Portland State Entrepreneurship Club and the ex-Volunteer Coordinator at Oregon Storyboard. It is his dream to become a venture capitalist who specializes in emerging technologies like how virtual reality is today.

Phil Oppenheim has spent nearly thirty years on the assembly line of the media industry. He has been the Chief Curator & Pop Culture Officer for Comic-Con HQ/Lionsgate Over-the-Top SVOD and Senior Vice President of Programming and Scheduling for TNT and TBS, overseeing programming, scheduling, and acquisition selection strategies for cable TV before cable was cool (and after it wasn’t anymore, too). He has also tried to expiate for his sins by consulting for two public-radio stations based in Portland, Oregon. He is currently blogging as The Raider of the Lost Archive for the Oregon Film Commission’s Confluence, teaching at Portland Community College, consulting for Scripps Television’s Brown Sugar SVOD, and hanging out a shingle of his own at Oppanopti.com Culture Industry Consultants.

Sara Parker is a dance artist who resides in Portland, OR. She holds an MFA in Modern Dance from the University of Utah where she was a Graduate Teaching Assistant and a recipient of the Dee Winterton Award (2015). She holds a B.S. in Dance from the University of Oregon. Currently, she is the Dance SAC Chair at Portland Community College, and on the teaching faculty at BodyVox Dance in the Junior Artist Generator Program (JAG). Sara believes that dance is a powerful catalyst for personal and communal revolution and her aim is to create positive change through choreography, performance, and teaching. For more visit: www.s-parkerdance.com 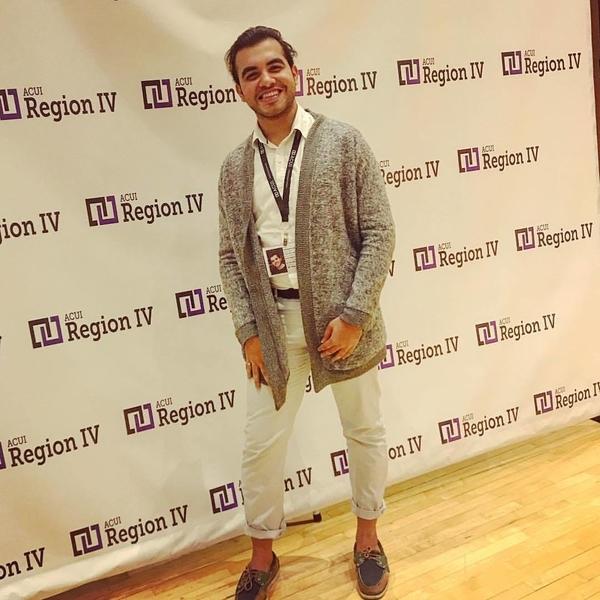