Movement is existential – for centuries it has been a source of fascination and inspiration. This year, TEDxCourtauldInstitute poses itself to question and explore our relationship with movement. From socio-political movements to dance, from transport networks to human biology, movement is interdisciplinary, the ultimate force behind what defines us.

Anna Neistat is a leading human rights expert and specialist in conflict areas. She has conducted more than 60 investigations in comflict areas includinh Afghanistan, Chechnya, China, Haiti, Kenya, Nepal, Pakistan, Sri Lanka, Syria, Yemen and Zwimbabwe. She has issued reports, articles and opinion pieces on these issues and is a regular media commentator on violations of human rights law and humanitarian law in crisis situations. Currenrly she is responsible for leading and developing Amnesty International's global research agenda, ensuring consistent high standards, as well as overseeing the organisation's global crisis response. She has represented on numerous occasions Amnesty International at high-level government, media and intergovernmental fora.

Eugenio Re Rebaudengo is an entrepreneur, collector and curator? He founded ARTuner in 2013 as rhe first only-online exhibition platform. It has evolved to a "Hybrid" art platform that stages curated selling exhibitions both online and through a dynamic programme of international pop-up exhibitions. Since the foundation of ARTuner Re Rebaudengo organised over 25 international exhibitions with over 100 artists. He has been an intergral part of his family's Fondazione Sandretto Re Rebaudengo as seens in his appointement to the Board of Directors in 2008. He is also on the Committe of the Tate Young Patrons, Serpentine Gallery Future Contemporaries and Whitechapel First Future.

Geoffrey Marsh is the Director of the department of Theatre and Performing Arts at the Victoria and Albert Museum. He is best known for co-curating the exhibitions "Supremes" and "Diaghilev and the Golden Age of Ballets Russes 1909-1929". He has also co-curated the show "David Bowie Is" which was the fastest selling show in the history of the V&A. His most recent curated exhibition "Opera: Passion, Power and Politics" is on show until the 25 of February

Gina Diez Barroso has been a pioneer in the fields of arts and education since 1990, the year in which she created and launched Grupo Diarq, one of the most prestigious real estate deevlopment and design firms in Latin America. In 2004 she founded CENTRO; the first university in Mexico City specialized in creative studies. Currently it is recognised as Mexico's best university in its field. She is also a great humanitarian. In 1992 she founded Fundacion Diarq, a non-profit organization that works toward eradicating domestic violence and the prevention of school bullying. In 2004 she founded Pro-Education Centro, a non-profit organization granting merit-based scholarships to deserving students pursuing degrees in creative studies.

James Johnson is a london-based interdisciplinary artist who works in visual and audio arts that include set design, performance, photography, poetry, music, sounds design, installations, video and film documentation. His recent works include the performance exhibition for curator Riet Timmerman and artist Emily Perry's "Caught with your Trousers Down" at Enclave. Releasing debut album under Kuu-50 "I Walk To Become" and featuring on Boiler Room presents, Errol Anderson's record label Touching Bass. This year has also seen him direct and film a documentary for the Diversity School Initiative Screening at RADA and acting in "Asylum" written by Steven Kavuma's S&K Project at the Courtyard theatre.

James Massiah is a poet & DJ from South London whose work explores ideas about sexuality mortality & ethics through performance writing & visual media. His latest project ‘Euthanasia Party/Twenty Seven’ is a series of poems about fate sex life & death from the perspective of a young determinist He has been commissioned to produce work for the BBC & the Guardian as well as featuring in campaigns for Selfridges Loewe & Nike. He has performed readings of his work at the Tate Modern the Courtauld & the Houses of Parliament & been profiled in Vogue Dazed i-D & GQ

John Virtue is an artist who specialises in monochrome landscapes. He is an honorary Professor of Fine Art at the University of Plymouth, and from 2003-5 was the sixth Associate Artist at London's National Gallery. He won many awards including the Walter Neurath prize for painting awarded by Thames & Hudson (1966), Arts Council Major Award (1981), Joint First-Prize Winner in the 4th Tolly Cobbold Exhibition (1983) and the Best Visual Artist in the South Bank Awards (2006)

Oliver O'Brien investigates and implements new ways to visualise spatial data, including mapping open demographic and socioeconomic datasets, particularly london-focused ones. In the past he he's analysed educational geodemographics, UK census data and London Travel Flows. From this research he created a number of popular visualisations such as CityDashboard, The Bike Share Map and the London Tube Stats Map.

Quincy Childs is an american dancer, now in London, who has been exploring the performance of the body in Space.

The 20 year-old english literature student at Oxford, Tasha Bishop, is pioneering changed in the way that we view infertility through the Pants Project; a digital platform raising awareness abiut infertility and empowering women all accross the world. Looking to well-known brands to sell underwear, she and her collaborators sell these with all funds going to Fertility Network UK - Britain's leading infertility Charity (to which she raised over £15,000 in a year). In January 2018 Pants Project will launch its own underwear line. Other projects for 2018 will include collaborations to aid women suffering from mental health, rape to providing sanitary care for women in third world countries. The project has worked with a number of collectives and activism groups such as GURLSTALK and EmpowerHerVoice. In 2017 she was named as one of the leading young women activist by Vogue. She also took part in Google's Curiosity Rooms with Adwoa Aboah this year.

Dr. Thaier Alhusain, Syrian medical doctor who worked in Syria during the early years of the conflict and joined MSF in April 2013. worked for MSF until August 2014 and moved to London to study for Masters in International Health at UCL. Founder of 6abibak Online Arabc Medical Journal which is now one of the largest followed health journals in the Arab world with over 14 million followers on FB.

Curator at Victoria & Albert Museum, Curator of the UK entry by Barber & Osgerby for the London Design Biennale

Victoria Broackes is Head of Exhibitions for the V&A Department of Theatre and Performance, and Head of Festival for the London Design Festival at the V&A. Broackes is co-curator of "David Bowie is" (2013), the fastest selling exhibition in the museum's history. 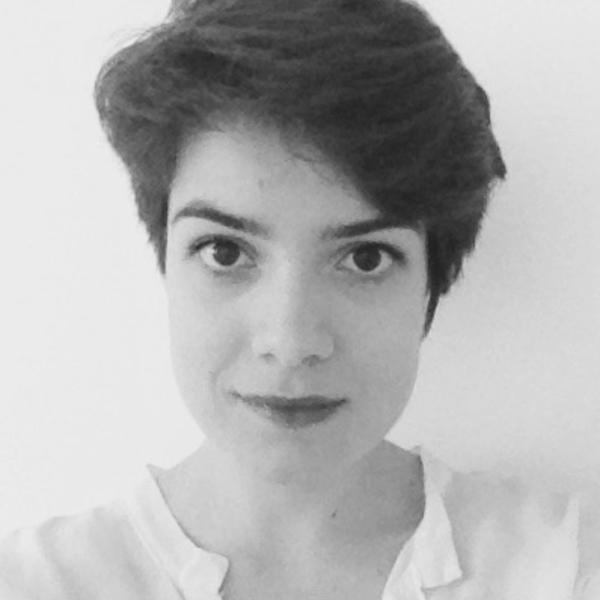