-- Always intrigued and inspired by computers and technology and the endless possibilities of what the two combined can bring to the world, Alison Satkowski V, has spent the last 15 years building her experience in this industry, with an emphasis over the last decade on implementing Agile in the most efficient and effective ways on her teams. Alison is dedicated to teaching and sharing with others about the positive impacts that Agile can have on your team, especially Kanban.

-- Simpleton. Futurist. Researcher. Author. Speaker. Gadfly. Bill Jensen makes it easier to do great work. He helps companies and teams double their productivity and pursue their passions. He has spent the past 30 years studying how work gets done — over 1,000,000 people interviewed and surveyed. (Much of what he’s found horrifies him.) Bill Jensen makes it easier to leap into tomorrow. He is an IBM Futurist, and has conducted future of work research for multiple Fortune 50 companies. He has written eight best-selling business books, all focused on helping you do and be your best. Bill’s personal life fantasy is to bicycle around the globe via breweries.

-- Carlson is the Co-Founder and CExO (Chief Experience Officer) at Mixed River, a mixed reality platform and applications company headquartered just outside of Baltimore, Maryland. He is responsible for the design, production and development of cross-reality training experiences for partners ranging from professional sports teams, to global pharmaceutical companies to automotive manufacturers.

-- Dion Kenney’s background is a combination of business and tech, with diverse roles including founder of mondofora.com, business consultant at y2 Strategic Group, startup mentor with Quake Capital, and software engineer for NASA’s Space Shuttle program. His education mirrors this tech/business marriage with a Master’s Degree in Experimental Atomic Physics and a Wharton MBA. Dion leverages this rich background to identify and explain the implications of business, technology and social change. His interests are in the intersection of these three spheres - not the technology as a subject by itself, but how the technology changes our commerce and social ecosystems, how business practices drive social organization and technological development, how social constructs inform inter- and intra-business behavior.

-- Dr. Setrag Khoshafian, Pegasystem’s Chief Evangelist and VP of BPM Technology, is one of the industry's pioneers and recognized experts in Digital Enterprises, especially Digital Transformation Best Practices, Intelligent BPM, Process Automation, Internet of Things (IoT), and Evolved CRM. He has been a senior executive in the software industry for the past 25 years, where he has invented, architected, and steered the production as well as best practices for several enterprise software products and solutions.

-- Erica Nemser is the CEO of Compact Membrane Systems (CMS), and advanced materials company , with proprietary membrane solutions for some of the world's toughest chemical separations, enabling industry to work better, cleaner, and safer. Prior to leading CMS, Erica spent 13 years at McKinsey and Company, developing an expertise in commercialization of new products and risk management strategy for products with long development cycles and patent protection. She also led several internal strategic initiatives for McKinsey, including best practice consulting and talent management. She received her BA in Economics from The Johns Hopkins University and her MA and PhD in Economics from the University of Pennsylvania.

Froilan has 15+ years working as a software engineer and presentation layer developer, creating multi-platform applications and solutions. Currently he is Instructing and Researching at Zip Code Wilmington. This includes conducting classes regarding fundamentals of coding, practical application, design and testing. His work also involves researching emerging technologies and methodologies in software development.

-- John leads a team of community managers and programs engaging IT professionals who are responsible for transforming and running world class IT teams. He co-founded and leads TechBeacon.com, a fast-growing information hub for technologists and IT professionals seeking guidance to real business challenges. He has held a variety of leadership roles with the U.S. Navy, IT consulting and Fortune 500 IT organizations. Jeremiah’s experience spans from application developer to program manager. Prior to Micro Focus, he was director of Testing Services and Project Delivery Services for Thrivent Financial for Lutherans, where he led the adoption of an Agile CMMI Maturity Level 3 process framework.

-- John Moore is often described as an idiot savant technology investor. After a stormy thirty years as a distressed asset investor in the fields of new materials, medical devices, and biotech, he found his home as CEO of Acorn Energy where he worked for ten years and made two of the best (and three of the worst) investments in energy technology ever. He is now passionate about his role as Chairman of USEED, the leading digital fundraising system for education communities. He believes our new connected lives allow us to breed new fortunes, new political power, educational breakthroughs, longer and better quality lives, and even a more rich culture.

-- Kjell was previously Head of Mobile Banking and Emerging Technology at Capital One and a co-founder of ING DIRECT USA, responsible for driving the mobile banking strategy while using innovation to simplify the customer experience for 40million digital customers. Due to the success of the ING DIRECT mobile apps + winning a design award from Apple. Kjell got to co-ring the opening bell at NYSE. Kjell also conceptualized and designed Planet Orange, an award winning financial literacy edutainment site for kids 6-12 years old recognized by Parents Magazine USA Today and Wall Street Journal. Kjell is a certified Digital Disruptor by Harvard Business School and was selected as one of 25 Global innovators to visit the World Bank – prototyping digital solutions for solving global issues.

Nissan Yaron is the CEO and co-founder of Inpris, a Jerusalem-based startup and the co-inventor of SIGHTLESS TOUCH™, a patented and award-winning technology that opened the ability to control touchscreens seamlessly, without the need to see the screen at all times. The first usage of Inpris technology was an innovative virtual keyboard for the visually impaired, and now the company is focusing on solving the driver distraction epidemic resulting from the presence of touchscreens in the car. Nissan has twelve years of social and financial entrepreneurship. Among the initiatives he took part in, he established a student union and led an amendment of two laws at the Israeli parliament, the Knesset. Prior to Inpris, Nissan was a filmmaker and directed and produced several films that were broadcast in film festivals and on Israeli television. Nissan is a graduate of the Sam-Spiegel Film & Television School in Jerusalem and is an alumni of Google's Blackbox Connect Silicon Valley program.

-- Patrick is the Founding Partner of CompassRed, Inc. CompassRed is a Data and Analytics Lab established with the vision that insights into data transform how organizations operate both internally and externally. Prior to CompassRed, Patrick was the co-founder of The Archer Group, a digital agency in Wilmington Delaware. He has held technology positions at Andersen Consulting, Hesta Data Systems, and ProximiTree. Patrick attended Drexel University and received his JD from Widener University School of Law in 2001 and is a member of the Pennsylvania and Maryland. He is married to his college sweetheart, Jennifer, and resides in Centreville Delaware with his two children: Maddie and Connor. Patrick has lived in New Orleans, San Francisco, New York, Michigan, Maryland, and Delaware.

-- Taha Abbasi is an iOS, Android, and a Full Stack Application Developer. He is a passionate technologist and has dedicated his life to bringing technical expertise to the underprivileged. Taha Abbasi is the Founder and CEO of Web N App - A Delaware based company which has built apps for National Geographic, sent a payload to space on a project with NASA and contributed to Swift - the programming language created by Apple and used to build iOS apps. 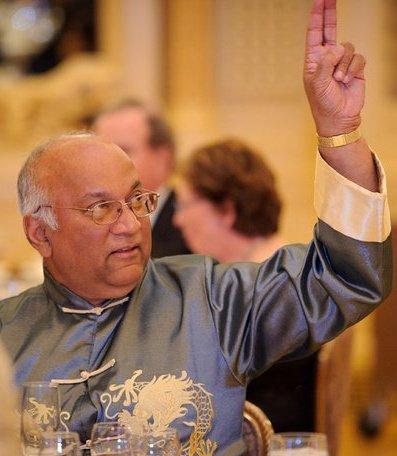