Theme: The Elephant in the Room

The fifth edition of TEDxCERN took place on 20 November from 14:00 to 18:30 CET in the heart of Geneva. Fourteen speakers and leaders from a wide range of disciplines gave thought-provoking insights into the most hot topics in science and technology. Addressing the Elephant in the room of our present days, this year’s event explored the transformative scientific innovation that is impacting the world we live in and tackle the incertitude of humanity’s destiny as a species. Where are we going? Will we destroy ourselves? Will we create new selves?

François Moncarey is a visual artist who makes the intersection between science and arts tangible by putting the audience at the centre of his work. Thomas Köppel is an artist trained at HEAD in Geneva who then went on to study physics in parallel with his artistic activities in music and performance projects. Kevin Ramseier works with dance and video performances as well as musical creations.

Dawn Gelino is an astrophysicist for NASA who specializes in the search and study of exoplanets. She also co-leads the Nexus for Exoplanet System Science (NExSS) initiative, a NASA research coordination network dedicated to the study of exoplanets as potential habitable and inhabited worlds outside of our solar system.

Elena Bennet is Associate Professor at the McGill School of Environment of the McGill University. She earned her Master of Science in Land Resources from the University of Wisconsin in 1999, and her PhD in Limnology and Marine Sciences in 2002. As a postdoc, she helped coordinate the Scenarios Working Group for the Millennium Ecosystem Assessment.

Hans Block and Moritz Riesewieck work collaboratively under the label “Laokoon,” using different media of expression, like theater plays, books and film. Laokoon, the seer, was the only person who unmasked the Trojan Horse’s true nature: A dangerous fraud. They want to follow in his footsteps by revealing the Trojan Horses of our time. In their debut film, THE CLEANERS, it’s the double bottom of the safe Internet, which billions of users experience every day.

Janice Chen did her graduate studies under CRISPR pioneer Jennifer Doudna. After her PhD at UCL, she went on to become the co-founder and Chief Research Officer at Mammoth Biosciences, a biotechnology company harnessing the CRISPR technology to create a rapid and affordable disease detection.

Joanna J Bryson holds degrees in Psychology from Chicago and Edinburgh, and Artificial Intelligence from Edinburgh and MIT. She is currently a Reader (tenured Associate Professor) at the University of Bath where she founded the Bath Intelligent Systems research group. She is also doing research with the Princeton Departments of Politics and Psychology.

Juan Enriquez is a life scientist, author, and futurist. He is the co-author of the book “Evolving ourselves: How Unnatural Selection and Nonrandom Mutation Are Shaping Life on Earth”. He is also the managing director of Excel Venture Management, a life sciences VC firm.

Professor Maja Pantic went from studying mathematics in her native Belgrade, Serbia, to specialising in computer sciences in Delft, the Netherlands. From Delft, Pantic moved to London where she is now Professor of Affective and Behavioural Computing and the Head of the iBUG group, working on machine analysis of human non-verbal behaviour. In May 2018, she became the Research Director of Samsung AI Research Centre in Cambridge.

Hans Block and Moritz Riesewieck work collaboratively under the label “Laokoon,” using different media of expression, like theater plays, books and film. Laokoon, the seer, was the only person who unmasked the Trojan Horse’s true nature: A dangerous fraud. They want to follow in his footsteps by revealing the Trojan Horses of our time. In their debut film, THE CLEANERS, it’s the double bottom of the safe Internet, which billions of users experience every day.

Naidoo is currently Associate Professor in the Department of Biochemistry, Genetics and Microbiology at the University of Pretoria and the President of the South African Genetics Society.

After finishing her PhD in IT-Management at the Vienna University of Economics, Voshmgir went on to study filmmaking and stage production in Madrid. Her main focus in all these areas is blockchain technology. She is the founder of Blockchain Hub and director of the Research Institute for Crypto Economics at the Vienna University of Economics. She is also advisor of Jolocom, a blockchain based identity protocol and Wunder, a decentralized Art Museum.

As well as teaching at MIT as a Professor of IT & Marketing, Professor in the Institute for Data, Systems and Society, Aral is currently a founding partner at Manifest Capital and on the Advisory Boards of the Alan Turing Institute, the British National Institute for Data Science, in London and C6 Bank, the first all-digital bank of Brazil, in Sao Paulo. 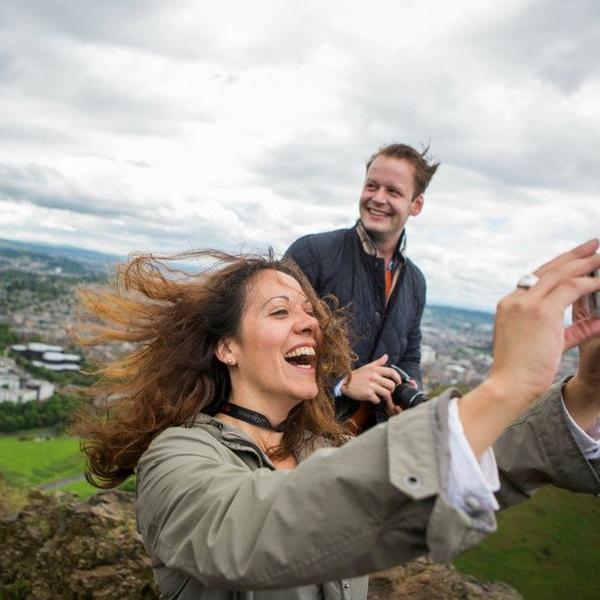