Theme: Together We Face the Future

Adam Kucharski is a TED Fellow, a mathematician and an infectious disease scientist creating new computational approaches to understand how epidemics like Zika and Ebola spread, and how they can be controlled. He is an Assistant Professor in the Department of Infectious Disease Epidemiology at the London School of Hygiene & Tropical Medicine In addition, Adam’s an award-winning science writer and author of The Perfect Bet: Taking the Luck Out of Gambling where he uses his maths expertise to help deconstruct how gambling works. His articles have appeared in the Observer, Financial Times, Scientific American, and Wired. He was awarded the 2012 Wellcome Trust/Guardian Science Writing Prize and the 2016 British Science Association Rosalind Franklin Award Lecture. Adam earned his degrees in applied mathematics at the University of Warwick and Cambridge University.

Dr Anita Sengupta is Senior Vice President of Engineering Systems at Virgin Hyperloop One, a Los Angeles based tech company that has built the worlds first and only operational hyperloop in Las Vegas. As the company gears up for production-level design, she is leading the team through the next phase of certification and global project implementation. Dr Sengupta is an aerospace engineer and veteran of the space program, where she worked for NASA’s Jet Propulsion Laboratory for over 15 years. Her NASA engineering projects included her PhD research on developing the ion propulsion system for the Dawn Mission (currently in the main asteroid belt), the supersonic parachute that landed the Curiosity rover on Mars, and the Cold Atom Laboratory an atomic physics facility for the International Space Station.

Professor Anne Cleary is fascinated by how we explain scenarios that defy our definition of normal! She is a Professor of Cognitive Psychology and studies these strange cognitive episodes that many assume to be outside the realm of science. She likes to try to explain the seemingly inexplicable in scientific terms. Along these lines, one of the phenomena that she has studied over the years is déjà vu—that mysterious feeling of having done something before despite knowing otherwise. She has also studied tip-of-the-tongue experiences (when a word feels right on the verge of being accessed) and Presque vu (the feeling of being on the verge of an epiphany). Most recently, she and her students have discovered a link between feelings of déjà vu and feelings of being able to predict what is going to happen next.

Imagine you take a breath but you get NO air. You gasp. Nothing. You try to intake again. Nothing. You panic. What do you do? ChauKei (pronounced chow kay) was born without breath, and yoga gave it back to her. ChauKei was born two months early weighing only four pounds, her lungs weren’t ready for the world. A mechanical ventilator and extra oxygen kept her alive for her first thirty days. Her parents named her ChauKei, “The Miracle in the Fall,” and prayed. Blessedly, she survived, but breathing remained frightening to young ChauKei. Extreme chest pains came along with the breathlessness, and ChauKei lived in dread of the next attack until, in 2005, she attended her first yoga class and never turned back. ChauKei is now a modern yogini, she grew up in Canada graduated in Psychology in York University, recently moved back to Hong Kong which is one of the place she called home. She has been teaching yoga worldwide since 2006.

Sadly many of our companies and organisations are hardly inspiring places to work. Social psychologist and London Business School Professor Dan Cable argues that the reason for so much unhappiness at work is our biology. Our brains are emotional ‘seeking systems’ that crave meaning and connection. They are wired to create a natural impulse to explore our world, experiment and learn new things about the environment. This is what motivates us and makes us feel alive. Dan explains how small changes can have meaningful impact and restore our zest for work and life. He shares examples from his newest book Alive at Work, published by Harvard Business School Press. Dan’s work also has in the Economist, Financial Times, Wall Street Journal, CNBC, New York Times, and Business Week.

Dave Evans is a Silicon Valley legend. He joined Apple in its early years when the Macintosh was still a new product and led the Apple mouse design team. Dave also launched Apple’s first laser printer. From there he left Apple to help Trip Hawkins create Electronic Arts, the video game colossus. Today he co-leads Stanford University’s most famous course entitled “Designing Your Life”. He is the Co-Founder of the Stanford Life Design Lab and holds a BS and MS in Mechanical Engineering from Stanford.

It’s universally accepted that our current energy sources are not sustainable. Overuse of fossil fuels is creating a climate crisis. Dr Jenny Zhang is a Cambridge University chemist who believes she might be able to find an answer to this massive problem in the form of artificial photosynthesis. Could we mimic the natural photosynthesis we see in plants and use this energy to power our world? Jenny is a highly interdisciplinary chemist who is about to start her research group at the University of Cambridge in sustainable energy research. After obtaining her PhD from the University of Sydney in Australia, she joined the University of Cambridge as a Marie Curie Fellow in 2013 to research how photosynthetic enzymes convert light energy into chemicals. In addition to conducting cutting-edge research, Jenny is also passionate about communicating the magic of leading-edge scientific research to wider audiences outside of academic institutions.

Imagine a space where you could awaken and be who you are at your essence, your core…no judgement, only love and acceptance. That is what Paul Bayes Kitcher has created, and it’s magical to watch how he creates the safety for his dance crew to transform and perform. Paul is an artistic director who delivers performances and participatory projects within criminal justice, addiction/recovery and rehabilitation and community settings. The majority of his pupils have never danced before yet alone performed. Paul, on the other hand, is trained at the Royal Ballet School and Rambert. Despite this apparent outward stardom, Paul struggled with addiction. Age 30 at the peak of his career, his life had become unmanageable, and he entered rehab. It was then he began to explore his recovery through dance theatre and this lead to him founding Fallen Angels Dance Theatre.

Poet of the World

Lemn Sissay is a creative tour de force. Poet, playwright, broadcaster and actor his genius has touched the world. Not bad for a lad from Wigan who’s childhood was in the UK care system in the 70’s and 80’s. His presence has been felt at the US Library of Congress to the Botanic Gardens of Singapore to the London 2012 Olympics. Lemn is Chancellor of the University of Manchester. His play ‘Something Dark’ is on The National Curriculum as a choice text for our children. And in 2017 he acted for the first time playing Scully in Jim Cartwright’s ROAD at the Royal Court Theatre. Lemon started The Christmas Dinners for care leavers in Manchester in 2012, and today they take place throughout England.

Maxine is passionate about using our data to improve our cognitive health. She wants to predict health outcomes by observing our social media and/or physical activity. A researcher at University College London Maxine is currently working at the intersection of data science and dementia. Her PhD involves mining medical records for new predictors for dementia. Alongside this, she is the co-founder of One HealthTech – a community which champions and supports underrepresented groups, particularly women, to be the future leaders in health innovation.

You won’t mistake the Mugenkyo Taiko Drummers for any other performance group due to their Japanese Odaiko drum. “Odaiko” translates literally into “big fat drum” and that’s precisely what it is! But this group is a lot more than a mere novelty. Mugenkyo has established a solid reputation for their gritty, passionate style, setting themselves firmly at the forefront of Japanese Taiko drumming. They present Taiko as modern & theatrical, with precise choreography, and a variety of costumes ranging from the post-apocalyptic industrial to gorgeous earthy silks. Their powerful rhythms beat on the small hand-held drums along with the thunderous reverberations of the enormous Odaiko drum which integrates with the delicate bamboo flute, soulful voices, layers of percussive soundscapes, and innovative dance.

In May 2017 Steve Rotheram was elected to become the first ever Metro Mayor of the Liverpool City Region. Steve has already convened Liverpool’s first Digital Summit and we’re excited to learn more about Steve’s vision for the future of Liverpool and progress thus far. Previously, Steve has served Liverpool in many ways: Liverpool City Councillor, Lord Mayor of Liverpool, MP, bricklayer and young entrepreneur. He has studied at both LJMU and Hope University. Last year, LBC Radio named Steve to its list of “Top 100 Influential Figures on the Left”. In 2011, his speech on the Hillsborough disaster was recognised as “Parliamentary Speech of the Year”. In 2012, Steve was the chief organiser of the Justice Collective single that went on to become the Christmas number one. Steve sang on the single alongside lesser-known artists such as Paul McCartney, Robbie Williams, Holly Johnson and Mel C. 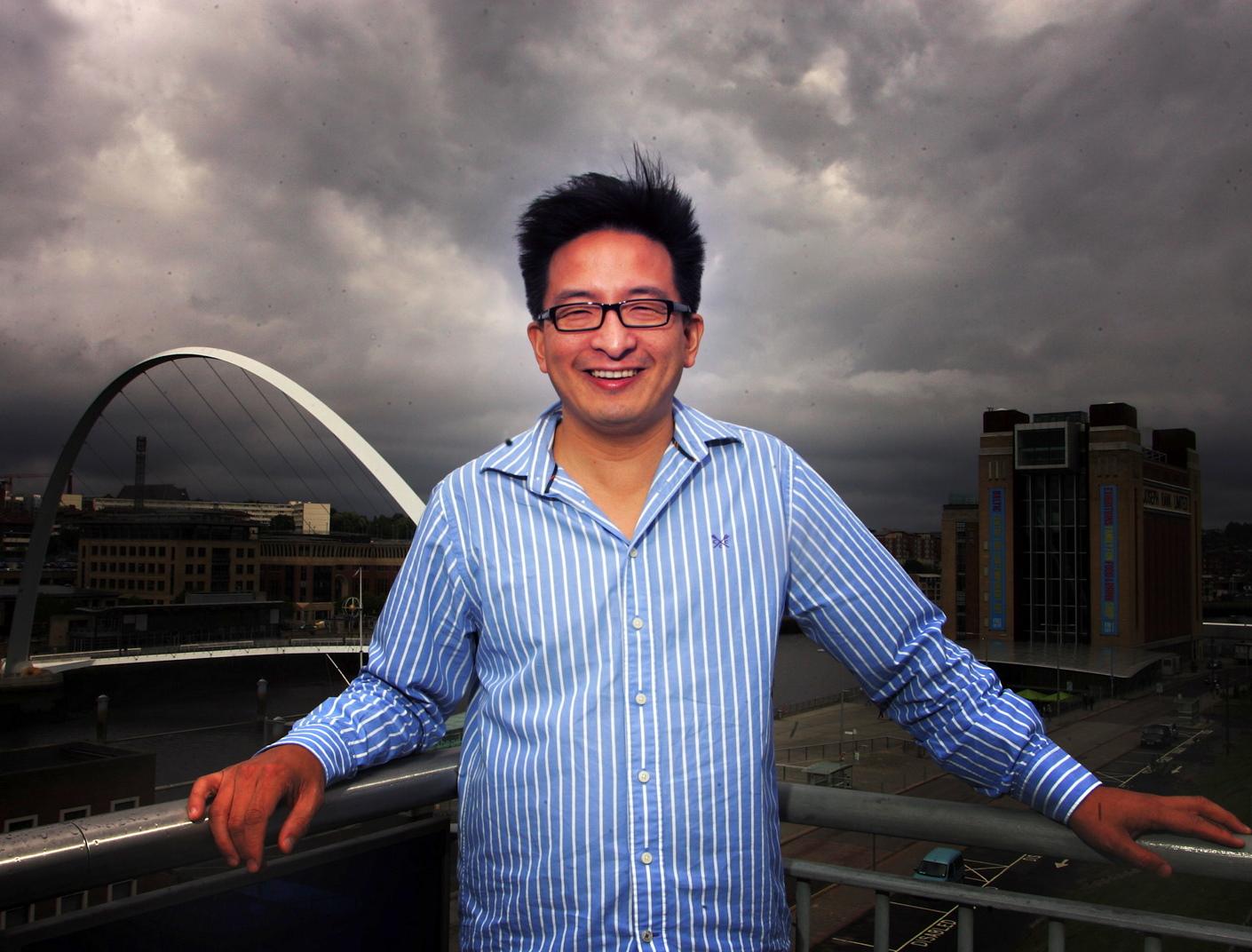