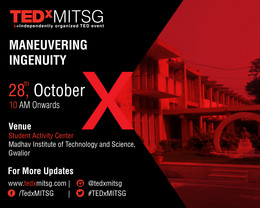 We live in a world where ideas float even in thin air and with the fast emerging wireless and infrared technologies- they literally do. India is not exempted from this surge as we are coming up with indigenous versions of products, services and machines which are way more cost-effective.

The future is driven by innovation and sustainability which in turn is fueled by ideas and that is why events like TED are important because you get exposure to different fields and myriad of ideas. TED Talks are powerful and capable of influencing masses. We know that necessity is the mother of all inventions, but ideas are the father and TED talks create an environment of looking into our minds producing ideas that can benefit us, our life style and the lives of those around us.

Here, at TEDx MITSG, as engineering students who yearn to design and build a better and improved world, our theme "Maneuvering Ingenuity" is the best way to create a culture that fosters innovation and encourages us to take small steps which empowers our future world.

Amitabh Thakur is a 1992 batch Uttar Pradesh cadre Indian Police Service (IPS) officer and a social activist. * Served as a Superintendent of Police (SP) in Ten districts of Uttar Pradesh, and as an Inspector General (IG) in the state's Civil Defence department. * Founder of the National RTI Forum, a grassroots anti-corruption organisation in India that advocates for government openness under the terms of the 2005 Right to Information Act. * He holds a B. Tech degree in mechanical engineering from IIT Kanpur. Amitabh Thakur was also selected for the four-year Fellow Programme in Management (FPM) at IIM Lucknow. * Founder of the Institute for Research and Documentation in Social Sciences (IRDS), a human rights organisation. * Recorded the dying declaration of journalist Jagendra Singh; the video allegedly indicated the involvement of a state's minister in Singh's death. Amitabh Thakur has co-authored two books, and has compiled two collections of poems.

Founder and CEO of TheKabadiwala.com from Bhopal who makes money out of waste, Venture has been awarded by Govt of India and received other awards also. TheKabadiwala.com is doorstep service intends to help out busy people to sell their house hold junk like old newspaper and scraps material etc. The Kabadiwala works on the sector of waste management and organizing the waste sector. As of now there is no way to track your waste material, we provide the same. For his work on kabadiwala he has been awarded by Government Of India.

Dr. CA Reeta Shah is a Chartered Accountant (32nd rank in India in final CA), PhD. in Finance from IIT Bombay, Law Graduate and holder of triple masters’ degree[ M.COM. , MBA(HRM) and M. PHIL.]. She has various books and research paper publication in international journals. She is recipient of outstanding research paper award at conference at IICM and her research paper got selected at International Conference at Harvard, USA. She has wide experience in education and training for last 25 years in the areas of Finance and transformation. She has conducted training sessions for 20+ corporates and organisations including CRISIL, IIT BOMBAY & DELHI, IIM INDORE,LIC etc. She is Growth Strategist and Coach. Her mission is to transform 1,00,000 people and show them their potential growth.

Padma Shri Nominee, Dr. Nikhil Chandwani (Ph.D.) is a published author of Six New York Times best-selling novels CEO of Walnut Discoveries Pvt. Ltd. Recently awarded Global Indian of the year honor for his contributions as a script writer. He has extensively researched on the current crisis in the Middle East and worked with various production venture. His name is penned in world record books for a professorship at twenty-one. Produced an upcoming Hindi feature film titled She-The Movie and is known for his documentaries Escape from Kenya and Amazing Amazon Adventures.Public Speeches in around 120 universities all over Asia with regular Visiting professor profile at XLRI, VIT, IIM, Chowgule Goa.Winner of American Literary Honour in the year 2015 and UK Writers' Award.Recipient of various awards: National Award from Govt. Of India,Global Indian of the Year, World Record for youngest professor/producer tag, Genius Indian Achiever Honour, American Literary Honor, UK Writers' Forum Award.

Senior IT Professional, Banking & Financial Services IT Leader with over 20 years of industry experience, Innovator and Strategist, Machine Learning Enthusiast 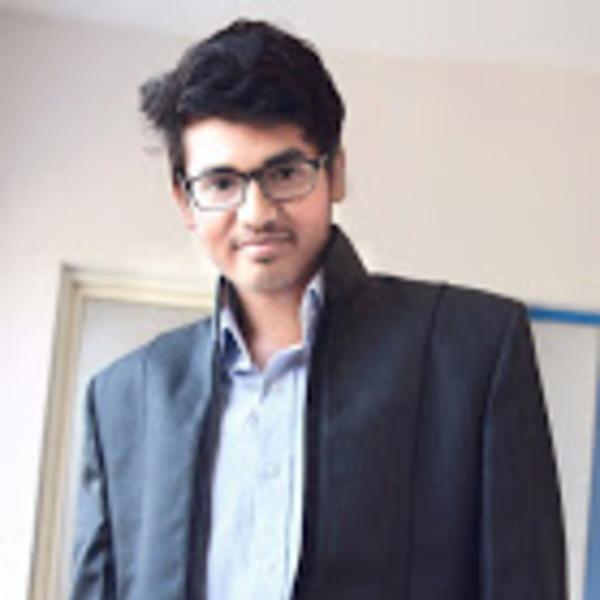 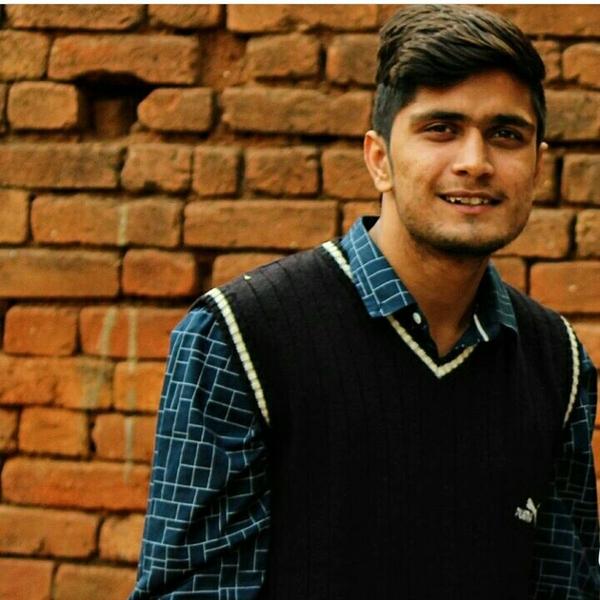