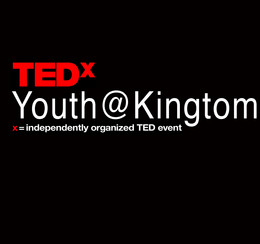 TEDxYouth@KingTom is the first TEDx event specifically dedicated to youths in Sierra Leone. TEDxYouth@KingTom will be a platform for inspiring curiosity, fostering critical thinking, showcasing youthful talents, and reflecting ideas that will empower young people and spur them to action. Our full day conference will feature authentic and inspiring talks from 11 movers and shakers in Sierra Leone. + an Art Exhibition & Musical performances from young artists,'Networking & Activities' fair, and an innovation corner! We encourage you to join us in this incredible new experience for young Sierra Leoneans at KingTom. Apply to attend our event, be inspired, and trigger your potentials!

Issa is a Computer Science graduate of Njala University, and is currently a Lecturer and research assistant at his alma mater. He is also a Scouter of the First Freetown Troop. After graduating from university, Issa volunteered at the Sierra Leone Fellowship of Evangelical Students. Issa is very passionate about sports. He is a Basketball coach for Archibald Red Flames, a Freetown based basketball team of Secondary school pupils, University students and graduates. Issa led ‘Archibald Red flames’ to their first Tournament win in 2017, and they’ve successful defended their title earlier this year. In a country where sports is seen as a path for drop outs and the visionless, Issa and some friends were able to put forth a team of focused young men passionate about the game of Basketball. Issa’s goal is to change the face of basketball in Sierra Leone and to bridge the gap between sports and education, wherein both fields can complement each other.

Joseph was born and raised in Sierra Leone, and also spent his early childhood in Liberia and Guinea. Joseph is founder of the JENEBA PROJECT INC, a nonprofit dedicated to developing leaders in Sierra Leone by providing targeted educational opportunities, including building schools and providing scholarship for girls. Joseph is also co-founder of the SIERRA LEONE MEMORY PROJECT which helps communities to cope with, and heal from, past trauma. Joseph has been featured on the BBC World Service Outlook Inspirations Fifteen; this programme showcases “people who show us a better side of being human”. Joseph has written a memoir titled “Adamalui” which describes his journey from experiencing the civil wars in Sierra Leone and Liberia, to his life studying in the United States. He has also authored a historical account on Sierra Leone titled, “Freed Slaves, Freetown, and the Sierra Leonean Civil War”.

Juanah Nyakeh Bellay holds a Bachelor of Law [Hons] degree from the Fourah Bay College, University of Sierra Leone in 2017. Juanah is co-founder of SADeV (Sustainable Agric Development Ventures) SL Ltd; a small medium agribusiness enterprise engaged in the cultivation of rice through an out grower / nucleus model supporting small holder farmers in Bonthe & Kenema by granting them access to land, finance, extension services, inputs, business development training and a ready market to sell produce. Juanah is passionate about agriculture, his passion for agriculture stems from his late father, who had researched and wrote a project document titled ‘Sustainable Integrated & Inclusive Rural Agricultural Project’ [SIIRAP]. Having studied Law and not Agriculture, Juanah strives daily to ensure that he has a fully developed theoretical knowledge and practical experience of it. He has travelled to varying districts investigating the state of the agricultural sector in Sierra Leone.

Mario obtained a Bachelor of Law (Hons) Degree from the University of Sierra Leone in 2017. He is currently enrolled in the Sierra Leone Law school, obtaining his Barrister at Law certification. With encouragement from a few friends during his University days, Mario co-founded “Afere”, a charity based platform to promote Sierra Leonean youth, culture, arts and entertainment. Mario’s undying belief in the limitless potential of Sierra Leonean youths in spite of limited opportunities, is reflected in his good relationship with young Sierra Leonean entrepreneurs, creatives and dreamers alike. He writes occasionally and enjoys rooting for and promoting quality content from anyone remotely connected to Sierra Leone. Mario’s talk will be on cultivating a habit of volunteering and how it would help mold the new “Sierra Leonean” identity.

Memuna is a strategic communications specialist, Huffington Post blogger, journalist, and publisher with substantial experience in both the private and public sectors within Sierra Leone and internationally. Memuna founded and leads Insight Media and Publishing – Sierra Leone’s most authoritative business to business media platform. In 2015, Memuna launched Insight Magazine www.insight.sl – Sierra Leone’s first and only business and investment focused publication. Published four times a year, the magazine has achieved widespread praise and support from the national and international business and investment community for its high editorial and design standards. Memuna has also pioneered Invest Sierra Leone, the only annual investment forum dedicated to Sierra Leone; it is a pro bono collaboration between leading international law firm – Herbert Smith Freehills and Insight, the forum targets corporate and public sector decision makers.

Modupe is the CEO of Breakfast Club Africa, a Pan African CEO membership organization that supports African CEO’s to become better leaders through peer-based learning and leadership coaching. He is also the founding Dean of the African Leadership University School of Business in Kigali, Rwanda. Modupe is a scholar and practitioner of business management and leadership. Born in Sierra Leone and raised in Sierra Leone, Ghana and Kenya, Modupe earned his BSc degree at the United States Military Academy (West Point), his Masters degree at Cornell University, and his PhD in Business leadership from Capella University. Modupe specializes in business turnarounds, leadership development and executive coaching and has led or supported the financial recovery of companies in Africa, Europe, and North America. Modupe is co-author of a pioneering book for leaders in Sierra Leone, ‘How I Made It: Striking Sustainable Success in Sierra Leone’.

Nick is certified and experienced in media content production and delivery. He is an avid communications enthusiast, with a background in popular culture and mass youth appeal through the Arts. Having trained and worked in London for over a decade as a creative, Nick now lives in Sierra Leone working in communications for Institutions, Organisations and individuals in developing A/V strategies for reaching audiences in a low literacy poor connectivity environment. Passionate about youth development and cohesive engagement of policy makers and average citizens, Nick is also involved in training young people for entry level media positions. A quick google search of “Nick Asgill” will bring several pages of varying relevant projects, interviews, articles and extracts relating to his work. Shortlisted as one of the “50 Most Influential Young Sierra Leoneans in 2017” and having bagged many other creative awards, Nick Asgill is seen as a true Sierra Leonean digital media champion.

Joy is Nigerian by origin but has spent most of her life in Sierra Leone. She received an LLB from Fourah Bay College University of Sierra Leone, being the youngest known graduate. She also holds a Bachelor of Business Administration from Amity University in India. Joy is now a student at the Sierra Leone Law school and works part time with a local Law firm. Joy is passionate about how policy -creation, implementation and monitoring/evaluation- influences and facilitates development, and believes that locally education is the place to start because of its varying roles in aiding other areas of development. Together with a team of volunteers who are mainly University students, Joy commits her time to running a Maths and English remedial program for two underprivileged local schools in Freetown. She is also undertaking an independent preliminary research on the state of Education in Sierra Leone, focusing on Freetown as a case study.

Yakama is an expert in Development Economics, Finance, Data Analysis and Management, Financial Modelling, Value Chain Analysis and Project Management. She started her professional career as a Budget Analyst for the Government of Sierra Leone’s Ministry of Finance; and has since garnered experience working with both the public and private sector in Sierra Leone. She is currently the Team Leader for the policy pathway of the Masters of Research and Public Policy, a collaborative Master’s program between the University of Sierra Leone and the Partnership for African Social and Governance Research. She also doubles as a part time lecturer of Econometrics and Statistics in the Department of Economics, at the Fourah Bay College USL. Yakama is a CEO of P.I. Group, a company owned with her husband. She is also founder of the Yak Jones Foundation, a non-profit aimed at promoting literacy in Sierra Leone by encouraging a culture for reading.

Yasmine is the Founding Director of Girl Up Vine Club Sierra Leone; the first United Nations (UN) foundation campaign Girl Up Club in Sierra Leone that aims to promote the health, safety, leadership and education of adolescent girls though community outreach, advocacy and public speaking workshops. She was born and raised in Normal, Illinois in the United States, and is of Sierra Leonean parentage. Yasmine’s educational background is in French and Global Health. Yasmine runs a small business called Mina Bilkis & Co which offers services in tutoring, consultancies, photography and has an organic unisex cosmetic body and hair line called Ori by Mina Bilkis (formerly known as Karité). Yasmine is an activist, feminist and educator. As an embodiment of all three, she believes in nurturing and stimulating young minds and that no act of change is small. Everyone has a part to play to change their community and make it better.

Yeniva Sisay – Sogbeh (M.A. Ed) is a Value Creator. With over 17 years of experience as a trained and qualified teacher, leader, mentor, and coach. Yeniva has developed a portfolio of diverse skills and experience across private and public sector in the United States and the African continent. She is passionate about building and developing Africa’s most valuable asset – human capital. In 2007 Yeniva relocated to Sierra Leone from the United States, and founded EXCEL Sierra Leone which provides academic enrichment, character and leadership development to youths in Sierra Leone. Bringing vision into action in many areas of development in Sierra Leone, Yeniva has been ‘a midwife in the birth’ of a range of projects such as, The Ma Dengn Beach Festival, Sierra Leone’s first luxury resort “The Place”, and PowerWomen232. Yeniva is a cast member of the documentaries “The Ebola Stigma Vaccine” as well as the award winning “Am I too African to be American? Too American to be African?”. 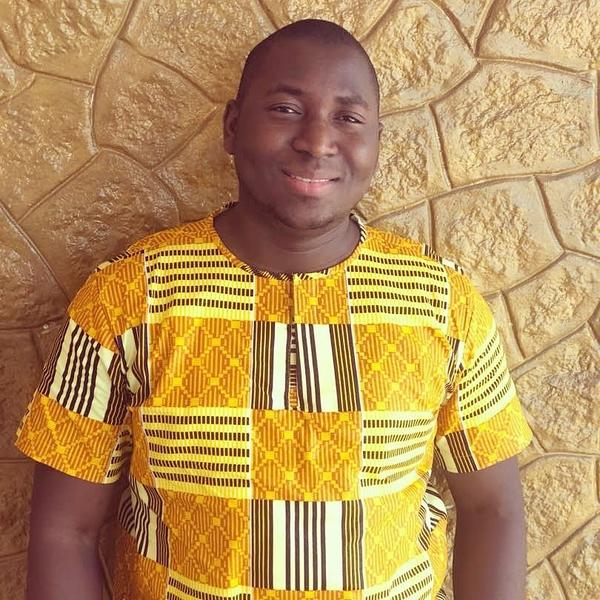 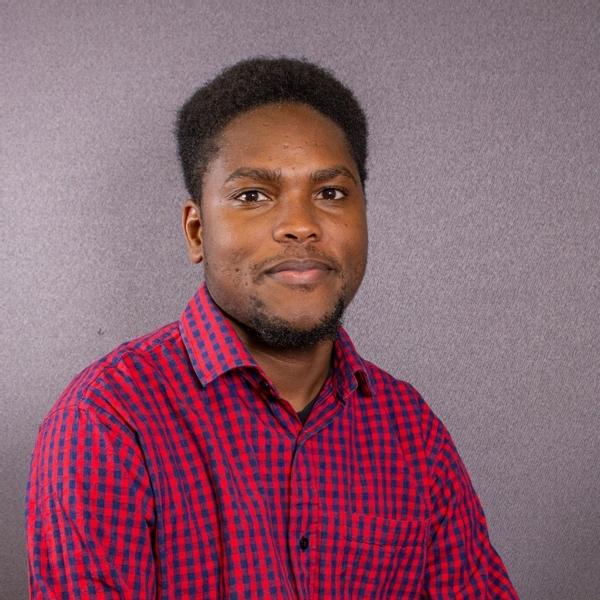