TEDxPune 2017 is set to take us on a journey to unravel our spirit to embrace change, the only constant.
It presents unspoken stories, ideas, and discoveries that will inspire us all to understand different perceptions and discover the bigger picture.

Anju Rani along with other children in her village have created a campaign 'Komal Haath Kalam Ke Saath' (Tender hands with Education). They act like a task force, which visits the farms nearby their village in the harvesting season and counsel the parents, children as well as landlords for not employing children in the farm work. They explain them effects of involving the children as laborers and its implications on their future.

George Abraham has devoted a significant amount of time for the empowerment of the blind. Whether it is organizing the World Cup for the blind or the project Eyeway, the effort has been persistent only because George has a unique insight and perspective into the cause. At TEDxPune 2017, George will #UNRAVEL a new vision and unique point of view on blindness.

Prasoon Kumar, Co-Founder and CEO of billionBricks (bB), is an urban planner and architect with over 10 years of experience in design firms across India, USA, Hong Kong and Singapore. In 2013, he founded bB, a one-of-a-kind non-profit innovation studio that uses design as its primary tool to solve one of the most pressing global problems - homelessness. He works at providing shelter and infrastructure solutions for the homeless and vulnerable which are scalable, sustainable, and able to create opportunities for communities to emerge out of poverty. In 2016, Prasoon led bB to launch its first product, WeatherHYDE which was awarded the A'Design in Social Design. Since 2013, bB has rehabilitated more than 1,800 homeless and vulnerable people in Asia. Chosen as one of Urban Land Institute's 40 under 40 in 2016, he is a recipient of the Focussed Issue Planning Award from the California State APA in 2007, and was shortlisted in the top 5 of the World Architecture News Award.

Rahul Kulkarni is the Co-Founder and Partner at DoNew, an early-stage social enterprise startup focussed on disrupting the product and people innovation landscape in India. Rahul previously served as Chief Product Officer at Sokrati, an ad technology startup that combined consumer psychology with big data analytics. Earlier, he spent 6 years at Google - starting out as Product Manager in India and helping build several products and businesses like Google Finance, Orkut, OpenSocial Apps platform, Google Apps and Cloud, Google India Maps and Local, amongst others. Prior to Google, Rahul was the Product Manager for LabVIEW at National Instruments Corp in Austin (TX), leading cutting-edge product development in the areas of hardware-in-loop simulation and FPGA-based high-speed control with customers such as NASA and CERN.

Ramya believes, "Stories live everywhere – in that cup of coffee, in that firm handshake, in those branded sneakers". Her desire to express such stories through words and pictures led her to set up 'The Tap', where she helps individuals and organizations communicate powerfully by taking on digital content creation, copywriting, illustration and visual storytelling projects. Her experience spans publishing, advertising, digital content creation, writing/illustration and marketing. She has worked with clients in the UK, USA, Singapore, Dubai and India.

Her journey at the Kaveri Group of Institutes began as a School Counselor and culminated in designing programs to address needs of gifted children. Her passion to address this issue has furthered her education by being awarded a Fellowship to attend a five-day residential course in gifted education from Belin-Blank Center for Gifted Education at University of Iowa, USA. She has also been associated with Mensa India working with tribal gifted students. Sameena has been working as a Facilitator specifically in the area of giftedness for about 10 years. She has a keen interest in supporting the socio-emotional needs of these children and does so through designing workshops, facilitating parent support groups, organizing mentorship opportunities for the children and counselling families of the gifted. She has presented research papers in both National and International conferences. She is currently pursuing her doctoral research on self-concept of underprivileged gifted children.

VANDANA SAXENA PORIA, OBE, is an author and Eco-System Enricher. She served as the Chief Executive Officer (CEO) at Get Through Guides Ltd. In the beginning of her career, she spent 10 years living and working in a multitude of countries in Central and Eastern Europe, initially for Ernst & Young. She later served as CEO of BPP International. In this capacity, she was responsible for all training outside the UK. She was also responsible for drafting the first versions of the IFRS and ISA material for BPP. Ms. Poria's passion inclines toward education in Accountancy. She works closely with the British Government to foster international trade for the UK and has given numerous presentations for/to UKTI. She has held several positions with the British Chambers of Commerce in several countries. She is qualified as a UK Chartered Accountant with HW Fisher.

Vimal Govind is a tech enthusiast who has taken his passion to a new level. Vimal and his team are working towards harnessing technology and enable the disabled. At TEDxPune 2017, Vimal will #Unravel the Power of Technology for the empowering the real heroes.

Teacher and Maker, Executive Director of Vigyan Ashram, Pabal in India. He is engaged in the development of appropriate technology solutions for poor communities. He is training rural youth and helping them to start a technology-based enterprise in villages. He runs a Fab Lab in village Pabal since 2002. He is also heading the design innovation center at Vigyan Ashram in association with Saviribai Phule Pune University. Yogesh is credited with scaling up the work centered education program 'Introduction to Basic Technology' in 122+ schools in four states benefiting 8000 students every year. 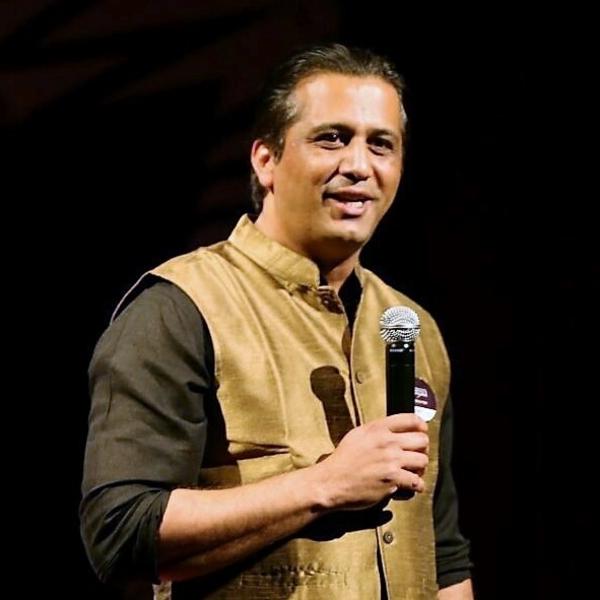 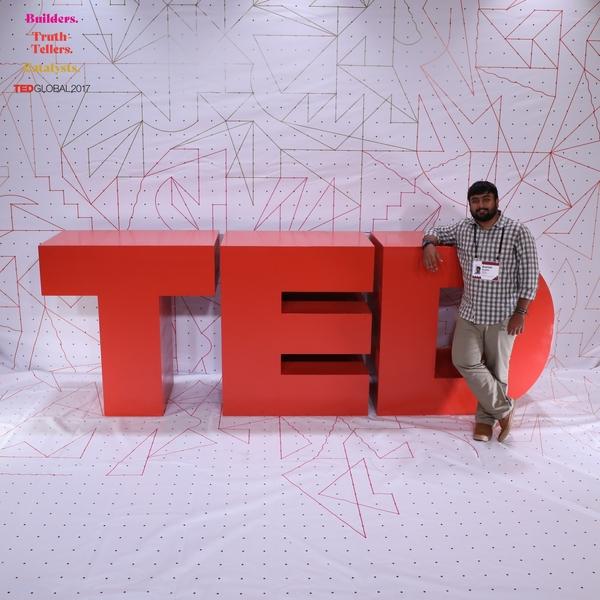