Do you know using # is 12.6% more effective in making connection through social media? TEDxUTM serves as the # that connects like-minded thinkers from diverse backgrounds as well as the platform that sparks unlimited possibilities of discovery, invention, creativity and innovation.

Dian Lee founded Clearwater Group with a like-minded group of investors at age of 22. Clearwater Group is an award-winning boutique property developer that meld traditional property development with the modern needs of the urbanite. As an entrepreneur and a mother of 3, Dian found her purpose and embarked on a yoga teacher training in Bali in 2016. The yoga teacher training gave Dian new outlook in life and inspired her to start her journey on what she calls “Healthy Ever After”- a positive relationship that one creates with one’s self. She now spends most of her time teaching yoga, meditation and mindful living in the wellness center, Be Urban Wellness in Kuala Lumpur. Dian believes that we all possess the potential to live our lives to the fullest by being who we truly are, with mindfulness, courage and authenticity. She was awarded Malaysia's Most Promising Young Woman of the year in 2007 by Malaysia Tatler, was also Malaysia’s Top 40 Under 40 in twice by Prestige Magazine.

Serina Rahman was once a Third Culture Kid (TCK) growing up in many parts of Europe & Asia. The common threads throughout her journey were an addiction to the sea and helping those far less fortunate than herself. She eventually spending time with coastal and island communities to teach them about their incomparable marine habitats. Her time in Mukim Tg Kupang, Johor was meant to be just that, but 10 years on, she still lives amongst them and has learnt as much as (if not more) than what she taught. She witnessed how much a community can do when they are enabled and empowered according to their needs, goals and desires. This is a story of how a community that is about to lose everything that they depend on is able to rally around someone with a vision to overcome their pain and find a way forward. Serina Rahman planted a seed here, but it took a determined local champion and a committed group of youth to rally the community to help that seed grow beyond their initial expectations.

Dr Shirin Shafiei Ebrahimi, is a postdoctoral researcher and lecturer in Teaching English; however, her areas of interest are not limited to teaching English only. Her various papers indicate her on the interdisciplinary areas such as Literature, Computer Assisted Language Learning and Teaching, Education, Psycholinguistics, Sociolinguistics, and Politics. Teaching English since 2002 in both EFL and ESL contexts, made Dr Shirin as a skillful English teacher. Dr Shirin's concerns on high quality education is her drive to keep stepping on her path to provide highest standards of literacy and training for others. She enjoys meeting people as she believes that every and each person is like an open book to study. Her deep theoretical knowledge in the field of Education besides many years of experience have left lasting impressions on her outlook on changing lives through education.

Dr Yeong is a senior lecturer at Universiti Teknologi Malaysia. His interests are in embedded system, robotics, innovations and entrepreneurship. He has won more than 50 awards for his innovation and entrepreneurship work, such as World Invention Award at British Invention Show, Korean Inventor Award Festival, APICTA Award, ROBOCON, Allianz Bank SME Innovation Challenge, Ministry of Education Entrepreneurship Mentor Award, trips to Philips at Eindhoven and to Silicon Valley through MaGIC e@Stanford program. He participated in Austrian Leadership Program (Vienna) and also Newton Fund Leader in Innovation Fellowship Program (London) sponsored by respective government. He is a serial entrepreneur and has co-founded several companies such as DF Automation & Robotic, produces Industry 4.0 enabled robots and Techcare Innovation, focuses on rehabilitation robots and assistive technology. Dr. Yeong has frequently been invited to speak on innovation, commercialization and entrepreneurship.

Books’ author, and a regular writer for Forbes, Rajeev is the CEO of the Iclif Leadership and Governance Centre. He is a global thought leader in leadership and management focusing on uncovering personal and organisational “Leadership Energy,” and developing and delivering business strategy. His professional roots are in industry. He has been the Chief Learning Officer of both Coca-Cola and Morgan Stanley, and has formerly held senior positions at American Express and Goldman Sachs. At Goldman, Rajeev helped found Pine Street and headed it for Europe and Asia. He provides coaching, consulting and advisory services globally. Rajeev is a sought after international speaker and has been widely featured in international media platforms such as CNN, National Public Radio (NPR), Harvard Business Review, and many more. He has been named one of Top 100 Global Thought Leaders for Trustworthy Business twice by ‘Trust Across America,’ and has received numerous leadership and management awards.

Teh Kee Sin, a businessman, operates a SME manufacturing plant in the southern part of Malaysia, Johor Bahru, specialized in electronic and electrical industry. Other than business, he is also actively involved in various Non-Governmental Organizations (NGOs) which include, Founding President of SME Association of South Johor, Past President of SME Association of Malaysia, SAME, Advisor of Prime Minister Office, Advisor of Johor Skill Development Center, Alternative Director of Human Resource Development, Approval Committee of KOJADI, City Coucilor and Deputy Whip of Majlis Perbandaran Pasir Gudang. He has also spoken in various conferences and seminars, organized by Government, University, NGOs etc and has been interviewed by the media across range of subjects relevant to business establishments and Governmental policies.

Wesley Chan is a Certified Neuro-Linguistic Programming (NLP) Trainer/Master Coach under the American Board of NLP. He conducts corporate and public training programs in the areas of Soft Skills and Personal Enhancement (Developing Young Talents, Managing Gen-Y & The Millennials, Persuasion/Sales, Leadership) using the power of Neuro-Linguistic Programming (NLP) to help his partners increase their productivity, performance and profitability. For the past 7 years, he has impacted and inspired more than 70,000 individuals from more than 100 organizations, 11 cities in over 3 countries including top renowned corporations, MNCs and public speaking engagements such as Shell, PETRONAS, Samsung, Top Glove, L'Oreal Malaysia, Google Malaysia, AXA, Celcom Planet (11Street), IRIS Corporation Berhad, TEDxUTP 2015, Astro Awani, Astro VBuzz and The Business Radio Station (BFM).

Atie Jaafar, a name that is known for a person who has an immense passion for arts and designs. With her bare hands and a pinch of an exceptional talent, doing arts does not limit her to just merely holding the brush and stroking the color palette on an empty canvas. It means the world to her; doing one of the things that she loves best, arts. Atie Jaafar founded ‘Weekendiminlove’ which she aims to use her graphic design and fine arts expertise to something good. Her services range from graphic design, watercolor illustration, commissioned jobs wedding stationary, fabric design and bespoke projects. Recently she has been focusing on lots of watercolor illustration projects and collaboration for industry, branding, publication and others including personal requests. She also currently runs a series of workshop on watercolors. Atie aims to share her knowledge in watercolor with others as she believes that apart from its aesthetic value, art brings therapeutic value in life.

Wahid Omar is a Professor of Structural Engineering at the Faculty of Civil Engineering, Universiti Teknologi Malaysia (UTM). He was appointed as the Vice Chancellor of UTM in 2013. Wahid Omar obtained his Ph.D. in Structural Engineering from the University of Birmingham, his Master’s degree in Bridge Engineering from the University of Surrey, and his Bachelor of Science in Civil Engineering degree from the University of Strathclyde, United Kingdom. He is a Fellow of the Institution of Engineers Malaysia, a registered Professional Engineer with the Board of Engineers Malaysia and a member of various professional bodies. He is also an Honorary Member of ASEAN Federation of Engineering Organization (AFEO). His areas of expertise include structural assessment, reinforced and pre-stressed concrete and ductility of high strength concrete and project management. He was the Deputy Vice-Chancellor (Development) (2011-2013) and the Director of the Office of Asset and Development (2008-2011).

Tengku Zatashah has led an international career from Kuala Lumpur to London, Barcelona and Paris. Her career spans from being a journalist at New Straits Times; worked 5 years at the L’Oréal headquarters in Paris as International Corporate Communications Manager. She was also the National Youth Ambassador for the Malaysian Red Crescent Society. Currently, she is Chairman of an international lighting design consultancy firm Light Cibles Malaysia; and is President of Alliance Francaise Kuala Lumpur, a non-profit organisation that promotes French language and culture in Malaysia. She is also Royal Patron of Make-A-Wish Malaysia, Royal Patron for the Selangor Symphony Orchestra, as well as Royal Patron of Kuala Lumpur Architecture Festival. Her other charitable causes include her campaign she initiated #zerofoodwastage working with Kechara Soup Kitchen, as well as #sayno2plastic campaign where she works on community projects of beach clean-ups, and tree planting initiatives. 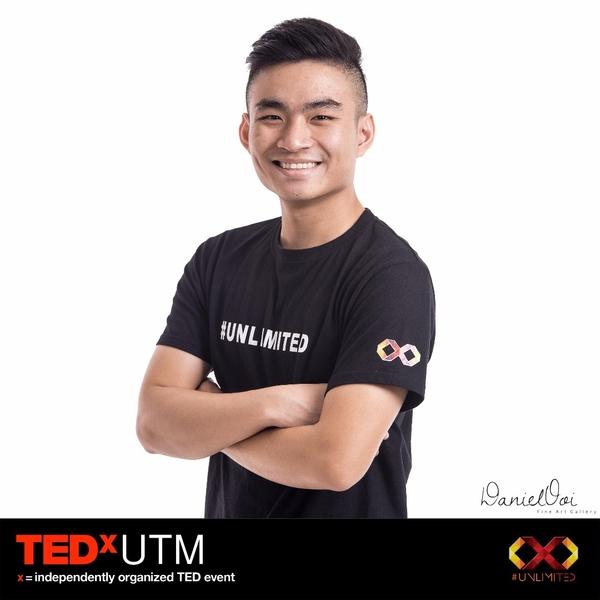