Aritra Mullick came to Abu Dhabi when he was 6 months old, and has lived here ever since. He is an avid reader, ‘nuff said. That may not seem like a lot, but he’s content with it, and that’s what his talk is about - being happy with what little life has to offer. It’s a trait people don’t practice too often, and Aritra is here to change that (hopefully).

Farrukh Naeem Qadri is a tech blogger and social media consultant based in Abu Dhabi. He is also one of the first business bloggers from the UAE - having completed 11 years of blogging in January 2017. Farrukh and his work have also been featured in the Guinness Book of World Records (world’s biggest ad). Farrukh studied accounting and finance but followed his passion of connecting and communicating with people to become a leading social media thought leader and communications strategist. He is currently based in Abu Dhabi and rated as one of the most influential social media users in the UAE. Farrukh is a product of Abu Dhabi Indian School and a core co-founder of its international alumni network.

Ishani Udas was born in a small town in India and brought up in the UAE. Ishani is a 15 year old with big ideas and even bigger dreams. With an innate love for public speaking, she has faith that all thoughts are worth something, no matter how trivial… A strong believer in thinking out loud, today she is here to talk about drifting through life.

Meghna Manoj Kumar is an orator, dedicated athlete and a passionate dancer. She is an energetic and optimistic person and is always eager to learn to new skills. Meghna is a progressive thinker and respects each person's space and values. She believes life is queer with its twists and turns and is going to talk about how to face challenges in life rather than running away from them.

Mohamed Sherif Jallad is a Civil Engineer who graduated from Sharjah University in 2013, currently working as a traffic engineer in a reputable consultancy firm. In 2011, he tore his ACl (knee ligament) while playing football. Having to undergo serious operation in 2014, he had to learn how to walk all over again. Taking on the challenge of regaining self-confidence and proving a point to naysayers and everyone around him, he signed up and finished the Ironman triathlon and 100 km ultra-trail running without any previous background in a little more than 2 years. Now he looks to do more endurance challenges and to share his experience and findings with people in hopes to help them overcome their hard times and pursue higher goals.

Mridhulaa Suresh was born in Dubai and brought up here in Abu Dhabi. Mridhulaa is a passionate orator, amateur photographer and voracious foodie. She has a strong opinion on many things but open to listening to new ideas. A zealous believer in equality for all, she is going to talk about redefining equality and our definition of womanhood.

Nooren Khan is a 26 year old who is working towards leaving a meaningful impact on this world. She hopes to do so by bringing about gender equality alongside improving the health of the population. She is also a new vegetarian, but don’t worry, she won’t try to convert you.

Shreyash Sridhar (Student) has lived in Abu Dhabi almost all his life, studying in the very same school hosting this event. Handy with musical instruments and similar performing arts, he loves all things pertaining to speaking and performing. He always strives to be a better person, and his talk revolves around the same. His talk is motivational and is aimed at helping people to realize their untapped potential.

Sujith Varghese was born in Dubai. He received his bachelors in commerce from Jain University, Bangalore. He was an athlete, basketball player, used to train boxing in his college days and had a craze for bikes. In March 2013, he met with an accident that left him paralyzed below his chest. When someone is faced with this hardship, Sujith says they have two choices: either be depressed or stay where you are, or move forward and achieve something great out of it. Sujith offers to share his story and motivation to become the best version of one self. 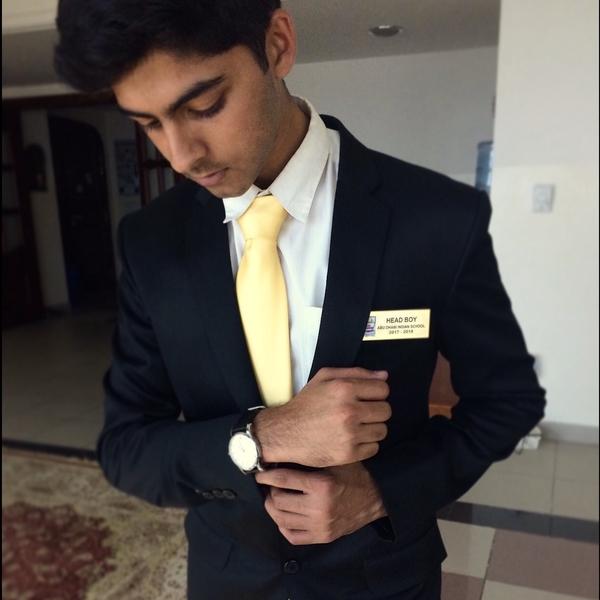