Arpi Karapetyan is the Founder and Managing Partner of Cascade People & Business. Besides she is a Chairman of Armenian HR Association. She is Internationally Certified HR Professional (SPHRi, SCP), Internationally Certified Coach (ECC, ACSTH), trainer and consultant. Arpi has PhD in Social Psychology. With over 20-years of experience in Human Resources Management, Arpi Karapetyan has worked with numerous renowned native and international companies from banking, insurance, production, IT, Telecommunication, retail, NGOs and other sectors. Arpi Karapetyan is also a lecturer at AUA, YSU and French University of Armenia.

Artak has been a lecturer at Yerevan State University, faculty of Economics and Sociology for 9 years. He has worked at the Department of State Property Management by the Government of the RA, later at USAID Social and Healthcare development projects. Currently he is working at Word Vision Armenia as the head of marketing department.

Diana is a youth worker working in NGO sector for already 5 years dealing with issues of advocacy of women/human rights, quality non-formal education and regional development Armenia as post-communistic country. She has graduated Cross-cultural communication department at YSU and specializes in European culture and European law. Currently she is working at Youth for Change NGO as Human rights trainer and has a qualification of TOT which gives her opportunity to work with young people in topics of human rights, civic activism and multiculturalism.

Ambassador of France to Armenia

Jonathan Lacote attended school in Hove (UK), Treillières, Nantes and Paris. Graduate of the Institute of Political Studies of Paris and the National Institute of Oriental Languages and Civilizations in Hungarian and Estonian, he entered the Ministry of Foreign Affairs by the foreign affairs consultant of the framework of secretaries of Foreign Affairs in the "Central Europe" section in 1997. First secretary at the French embassy in Berlin in 2005, he became in 2007 the European Union's technical advisor on external relations and Franco-German cooperation in the office of the Secretary of State for European Affairs, Jean-Pierre Jouyet. He retained these functions with his successor, Bruno Le Maire, before becoming deputy director, then (director of cabinet of the Secretary of State for European Affairs, Pierre Lellouche3.

Mariam is a young activist fighting for educational problems and gender equality.Talking about gender equality she won the Voive of youth Annual Public Speaking Championship. Due to various formal and not formal,national and international programs Mariam is a member of national assosiation of scienfic-educational commitee. The association is working on solving the current problems of the educational system, such as students involvement, credit flexibility and other issues both in national and international sectors. She is a future theater and movie director, which helps her to represent the problems through the language of art.

The latest 5 years Nahapet devoted his life to developing illusionist art in Armenia. Currently he rules a Facebook page where he illustrates his art through videos, where he shows different illusionist techniques, and unbelievable knacks. He works in cooperation with different international companies in the frames of events and branding marketing. Nahapet is also a member of the majority of Illusionist associations worldwide. 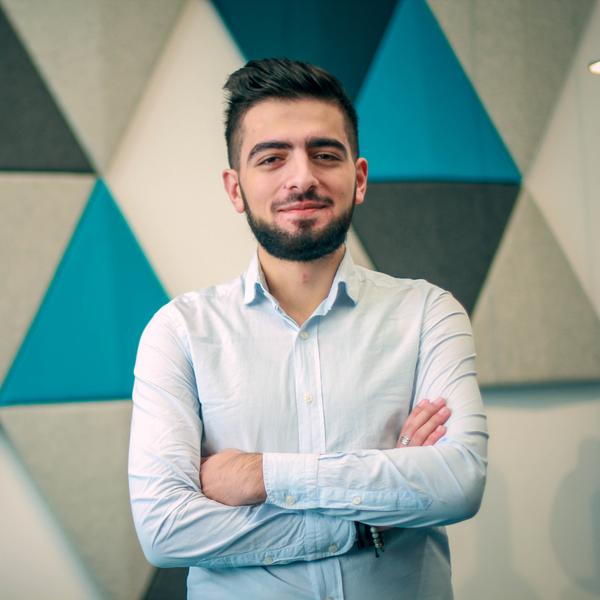