Benjamin Quinlan is the CEO and Managing Partner of Quinlan & Associates, a leading independent strategy consulting firm specialising in the financial services industry. He is also the Co-Chair of the Big Data Committee of the Fintech Association of Hong Kong (FTAHK). Benjamin has an extensive track record advising many of the world’s leading multinational companies, financial services organisations, SMEs and start-ups on a variety of high-profile strategic engagements. He is quoted extensively in the global financial press and has been interviewed by leading media outlets, including Bloomberg, Reuters and CNBC. Prior to founding Quinlan & Associates, Benjamin was the Head of Strategy for Deutsche Bank AG’s Equities business in Asia Pacific and its Investment Bank in Greater China, and sat on a number of the bank’s global and regional executive committees. Before this, Benjamin worked as a Management Consultant at Oliver Wyman and at UBS AG in the bank’s Asia Pacific Client Coverage and Group Strategy departments. He began his career in M&A and Capital Markets Advisory at PricewaterhouseCoopers (PwC) in Sydney. Benjamin holds a Bachelor of Commerce / Bachelor of Laws (Honours) and a First Class Honours Degree in Economics (on scholarship) from Macquarie University, Sydney. Outside of his corporate career, Benjamin is a professional standup comedian. He has appeared on Comedy Central’s Stand-Up, Asia! and is regularly invited as a headline act at many of Asia’s leading comedy clubs. Benjamin was also the winner of the 11th International Hong Kong Comedy Competition in November 2017, taking the title from over 70 comedians from across the globe. In addition to his comedy hat, Benjamin emcees regularly at major corporate, charity and private events around the city, including TEDxHongKong 2015 at AsiaWorld-Expo, TEDxHongKongLive 2016, and Hong Kong FinTech Week 2017. He is also a trained facilitator and moderator for large-scale industry conferences and has been invited as a keynote speaker for numerous corporate, industry and academic events in Hong Kong, Singapore, Australia, Malaysia, and Korea.

With an undergraduate degree in Anthropology and Linguistics from NYU and after a four-year solo trip around the world, Chelsea Perino first discovered her love for advertising in Cape Town, South Africa. She spent two years as marketing and advertising lead for an experiential marketing start-up in Cape Town, South Africa, only to return to NYC to pursue her MA in Public and Organisational Relations. She’s now the Global Marketing Director for The Executive Centre, Asia Pacific’s leading premium serviced office operator. Since she joined the team in April, Chelsea has led a global rebrand, redesigned TEC’s digital and marketing communications strategy, and is now focusing on establishing a valuable community amongst TEC’s 17,000+ members.

Multi Nominated ARIA Award, MO Award and Oz Music Award performer Chris Brien has performed and recorded with many of the biggest names in the Australian and Hong Kong music industries, performed with internationally acclaimed artists, performed in theatre productions, performed in clinic alongside many of the biggest names in drumming, trained some of Australia’s and Hong Kong’s best drummers and is recognised in many parts of the world as a master of “4-Way and 5-Way Independence”. Chris Brien is a self taught musician who began to play the drums in 1980. Being the youngest of five musical children enabled Chris Brien to be exposed to a variety of music styles, this combined with practising eight to twelve hours everyday has made Chris Brien the musician he is today. His father and grandfather were both part time drummers in their youth. In 2006, Chris Brien was invited to relocate from Sydney, Australia to Hong Kong to set up his drumming courses: “The Chris Brien Drumming Course”, “The Chris Brien Percussion Course” and “Rock Band Live”. Chris Brien has been featured in several international current affairs television programs as well as being a regular TEDxHongKong presenter. To date, Chris Brien has released 5 instructional DVD’s, 2 solo CD’s and several instructional books.

Damian Rhodes is originally from England but considers this City his home having lived here for over nine years and has a Hong Kong wife, son and daughters. He is Co-founder and Managing Director of FocusCore Recruit, a board member of International China Concern, member of the Lion Rock Institute and founder of the ‘Dads in Hong Kong’ Facebook group. Damian has published the occasional article regarding business, careers and fatherhood and has spoken at universities and various conferences about issues he is passionate about. He enjoys connecting people, hitting the gym and the occasional cigar (although not at the same time).

Donna Chiu is DJI’s Business Development & Strategy lead, where she advocates for the application of drone technology across different industries and develops creative partnerships with businesses. She was previously a digital marketer and one of the youngest employees at LinkedIn. She loves exploring and was amazed with how accessible it is to fly a drone on her first time. Since then, her passion to explore leads her to places of unknown and reveals previously unseen moments of beauty.

S Z A B O T A G E is a Hong Kong based street artist and award-winning interior designer. A former East London resident, show credits include a completely sold-out exhibition in London. Since the artist’s arrival in Asia over four years ago, he has been inspired by Hong Kong’s iconic style of urban architecture and emotive streetscapes. His work and subjects are often a mix of popular culture and vivid use of bold colours, exploring themes of personal freedom. Szabotage has painted for HKwalls Street Art Festival and was a finalist in the global phenomenon ‘Secret Walls’, where he became notorious for his old-school graffiti and onstage antics. Patrons include Jaeger LeCoultre, Deutsche Bank, Haymarket Media, The Ritz Carlton, among many other exciting brands and establishments. The artist currently holds a seat as a Creative Associate Director at Steve Leung, previously working at Yoo with Philippe Starck, Marcel Wonders and Kelly Hoppen.

Mia Kang, a model of Korean and English heritage, is taking the industry by storm. This year, Mia made her debut in the esteemed Sports Illustrated Swimsuit Issue as a result of her winning the magazine’s competition last year. Complementing her sultry look, when Mia isn’t posing in front of a camera, she can be found perfecting her sport as a Muay Thai fighter with the world’s most famous trainer. Recently winning her first professional fight in the third round by TKO. The brunette beauty launched her career in Hong Kong at the highest level gracing the covers of international magazines such as ELLE and Cosmopolitan and with stories in Hong Kong Harper’s Bazaar, Marie Claire, Esquire, as well as China Vogue. Mia’s popularity among the most esteemed clients quickly established her as a leading face in the industry. Constantly travelling around the world to cities, such as Tokyo, Singapore, Milan, Paris and London, she has appeared in worldwide campaigns for brands such as Chanel, Guess Jeans, Guess Accessories, Marciano, Aveda, Vidal Sassoon, Nike, and was a spokesperson for Max Factor. Mia has been fortunate to work with the most renowned photographers in the industry including Ruven Afandor, Simon Emmet, Yu Tsai, Giovanni Gastel, just to name a few. Redefining what ‘sexy’ means, Mia holds a Master’s Degree in Finance and Financial Law from the University of London. It is her mission to prove that it is not about how much skin you show; it is about strength, intelligence and confidence. Having grown up bullied and overweight, Mia suffered through numerous body image issues and eating disorders. Now, healthy, secure and happy, her true passion is to help other women who struggle with similar issues by acting as an advocate for healthy body image, anti-bullying, fitness and female empowerment. Mia is based in New York City. 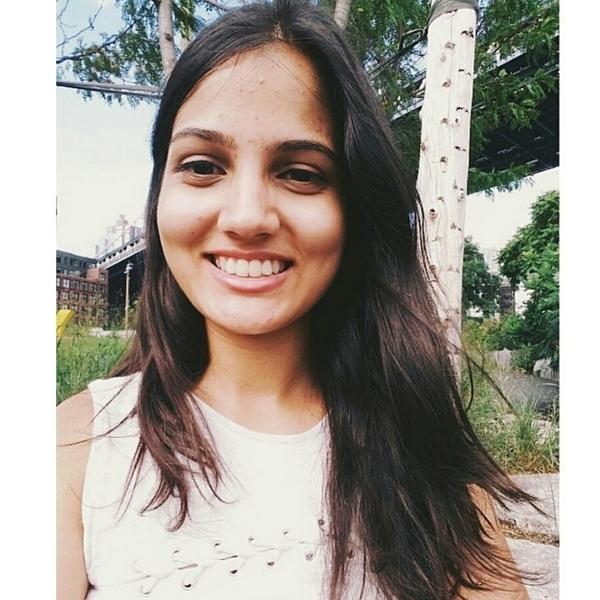