Angus Reid is a former professional football player who now travels North America speaking to businesses and schools about what it really takes to succeed. @angusreid64

Arun Fryer is an award-winning filmmaker and media creator. Despite not picking up a camera until the age of thirty-five, Arun has produced numerous films and videos, including the indie feature thriller ‘Cadence’, and directed the documentary short ‘Before She’s Gone...’. Arun received the Vancouver Mayor’s Arts Award for Emerging Artist in Film & Media, served for two years on the Board of Directors for DOC BC, and is a filmmaking instructor at Vancouver Film School. He is currently working on a feature documentary called 'Guardians of the Jungle' about a family from Ecuadorian Amazon, and his latest production is a sci-fi drama premiering this summer called 'The Shipment'.

Bob Kuhn’s passion is living the God-given adventure called life, which has included working as a reman, ambulance attendant, travel agent and ultimately 38 years as a lawyer in a firm he started in 1998, now with offices in Abbotsford and Vancouver, British Columbia. In July 2013, at the age of 60, he was appointed President of Trinity Western University. He was also chosen as the 2017 recipient of BC Toastmasters Communication and Leadership Award. Motivated by his father’s, as well as his own, diagnosis with PD in 2006, Bob has been active in speaking, writing and fundraising to encourage those battling this disease. He was chosen by the World Parkinson Congress to be an international Ambassador and keynote speaker for its triennial event in Montreal in 2013. He has been profiled in two documentaries dealing with Parkinson’s disease, Undefeated (2013) and Today We Ride (2016).

Denise Walker has been a Registered Nurse for over twenty years, and has witnessed firsthand how one kind word can change a life just as an unkind word can. Six years ago, Denise was profoundly affected by a story of a local girl who was bullied and cyber bullied mentally, physically and emotionally for a number of years. This girl eventually took her own life, and it was incomprehensible to Denise that people could be so cruel as to have such drastic results. Since then, Denise has become an Ambassador, Author and Speaker on the subject of Kindness, and with the help of science, is inspiring people to be more mindful of their thoughts, their actions and their words, and of the effect they have on ourselves and others.

Denise Wozniak is an inspirational speaker, magazine writer and a certified speaking coach. She has been awarded the Queen Elizabeth II Gold and Diamond Jubilee Medals for her work with children with HIV/AIDS. In addition, Denise has co-authored a UNAIDS booklet: "Children living in a World with AIDS". She has been interviewed about her personal story by national TV and radio, national newspapers and popular podcasts.

Gillian Dunn works as a Registered Nurse in the Emergency Department. She loves the fast pace, interacting with people from all walks of life, and putting structure and organization into an environment that is often chaos. She often receives two responses when she tells people she works in the Emergency “I could never do that!” and “Oh man, one time I was in emerg and...” She is very interested in a simple and intentional life. In the last year, she has really tried to simplify her life so that she has time for the things she enjoys and wants to focus on. This has left more room for learning, growing and challenging herself. She believes it’s the little things in life that turn out to be big in the end, and she is trying to focus on those little things.

Gordie Hogg, PhD, is one of a handful of Canadians who has served in all three levels of government. He has applied the values that he learned, while raised in a medical family in a small rural community, to his lifetime of service. He continues to challenge his own thinking through his relentless pursuit of education; he earned his PhD in 2017 as the oldest member of the Simon Fraser University graduating class. He has received many awards including The Queen's Golden Award for service to Canada and he has been recognized locally, nationally, and globally. In addition to his career achievements, he has served on more than fifteen community boards and committees, and has spoken at many conferences including the World Health Conference in Bahrain, the Mining Conference in China and the British Commonwealth Conference in Nigeria.

Guy Felicella grew up in a middle-class home in Richmond but fell into addiction at a young age. Guy spent thirty years in the repeated cycle of gang, addiction, treatment and jail. He spent nearly twenty years residing in the two-block radius in the Downtown Eastside and using many resources, including harm reduction, to keep himself alive. Today, Guy has escaped the grips of the turmoil that kept him suffering and resides in Surrey with his wife and two young children with multiple years of recovering and sobriety under his belt, working for Vancouver Coastal Health. Guy spent nearly his entire life suffering from the disease of addiction and now he is using his experience to change the hearts and minds of people and remove the stigma of harm reduction and drug addiction.

Jennah Dohms is a motivated young woman who loves problem solving, empowering others and being a life-long learner. Some learning experiences include working on Parliament Hill, teaching English in the Middle East and China, directing events for different industries and working with Executive leadership teams. She is inspired to use her variety of international and professional experience to contribute to human development and dignity.

Jessie Sutherland is a speaker, trainer, best-selling author and the founding director of an award-winning community transformation model called “Finding Home: How to Belong in a Changing World”. As a 'Belonging Specialist' and 'Worldview Strategist', she was nominated for Vancouver’s ‘Remarkable Women’ Award in 2014. The award celebrates reconciliation and honours women who build understanding and empathy between people. Jessie’s steadfast belief in human dignity, capacity and potential are the driving principles in all that she does.

Lindi Nolte is a spoken word artist, writer, public speaker, and certified teacher. She has performed on stages across B.C., competed in the Canadian Festival of Spoken Word Poetry, featured at Vancouver Poetry Slam, and was crowned the 2018 GrandSlam poet in Vancouver. Lindi is passionate about empowering youth by facilitating workshops that provide them with opportunities for self-expression and creative communication through writing and performing spoken word poetry. Lindi was born and raised in South Africa. She spent the first 9 years of her life speaking Afrikaans and frolicking barefoot in the sun before she immigrated to Canada with her family. Her love for writing emerged in high school when she became obsessed with metaphors during a poetry assignment in the eighth grade. She now lives in Vancouver and facilitates workshops and teaches high school English in the Surrey School District.

Mike Robinson was born on a sheep farm in New Zealand. He and his wife Suzanne both worked for the NZ Ministry of Agriculture and Fisheries. Mike as a Research Engineer designing farm buildings and wind fences for kiwifruit. In 1997 they shifted to Aldergrove, Canada where they now own WeatherSolve Structures, an international designer and supplier of industrial wind fence and hail canopy systems.

Werner Spangehl is a Canadian family physician who is privileged to deliver babies, teach medical students – and connect with people of all ages and health conditions. His focus is on chronic disease management – diabetes, heart disease, obesity and cancer are getting more and more common – despite the increasing sophistication of medical care and technology. He feels that the solution has to be in simple practices: eating better, exercising more, sleeping better, reducing stress – and most importantly, building a resilient personal infrastructure of love and support. Dr. Spangehl wrote a book entitled One Minute Medicine – Your Effortless Guide to Vibrant Health that discusses Twelve Habits of Healthy Living – designed to optimize our health – wherever we are on the spectrum. In 2017, Dr. Spangehl was among the first group of physicians to become certified in Lifestyle Medicine as a Diplomat of the American Board of Lifestyle Medicine. He is concerned about the rise of chronic illness and it’s cost in terms of personal health, health care, as well as global sustainability. He feels there is an elegant consistency in lifestyle medicine in that what is good for the individual is also good for the planet – as well as the least expensive in terms of health care expenditure. In his talk, Dr. Spangehl hopes to empower people to understand that they alone have the power to prevent, arrest, and even reverse many chronic conditions by opening their arteries to improve blood flow – and thereby organ function throughout the body! So listen up to find out How Greens can Improve your Health and Sex Life! 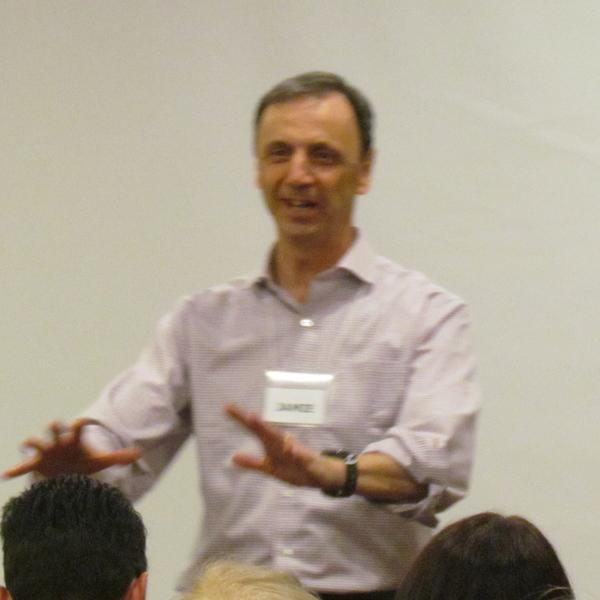