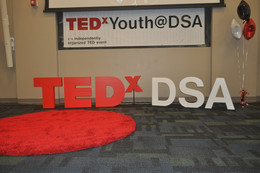 Please join us for a fun-filled day at TEDxYouth@DSA! This year's theme, Charged for Change, challenges us to not be afraid of change and to take initiatives to achieve personal passions. Through interesting speakers, creative performers, hands-on activities and lots of delicious food, we hope that you will leave inspired and ready to make a difference. This event is open to all high school students.

Chloe Stanfield is a Sophomore at the S.T.E.M. Academy. She is a student with a divorced family, and talks about how these changes in her life affect her mindset on taking risks. She believes in the importance of seizing opportunity, making the best of what you have been given, and being fearless. In her talk “Do what you shouldn’t”, she discovers how to turn away from fear that comes from change, what makes a risk taker and, why we should all be risk takers. Chloe believes in hard work in everything you do. She is a Varsity sprinter for the Downingtown West Track and Field team and Coaches youth sports classes at USTC. She hopes to help others discover their fearlessness and do what they shouldn’t.

Dr. Meyer was born and raised in New Jersey to her first-generation Egyptian parents. She received her Bachelor’s Degree from Rutgers University then went on to earn her Medical Degree from Hahnemann University School of Medicine (now Drexel University). Dr. Meyer then completed her Internal Medicine Residency at Thomas Jefferson University Hospital. She became board certified in 2000 and recertified in 2010. It was on the first day of medical school orientation, August 9, 1993, that she first met Dr. Christopher Meyer. The Meyers have been married nearly twenty years. In 2004, the Meyers realized their life-long dream to have a medical practice together. Christine Meyer, MD & Associates and Healthy Steps Pediatrics are considered the premier primary-care practices in Chester County. Her most recent passion has been the growth and development of the Team CMMD Foundation a 501(c)(3) charity supporting local cancer families.

After spending 15 years in finance as a bond and derivatives trader, Dean Carlson decided to get a real job. He is the founder of Wyebrook Farm in Honey Brook, raising grass fed beef along with pigs and chickens. His talk is on the impossibility of exponential growth and how sustainable farming can make a difference.

Dean Gelling is a Junior at the Downingtown STEM Academy. During his past summer studying Korean language in South Korea while partnered with the United States Department of State, he created lasting connections and learned valuable lessons regarding the role of Americans abroad. His talk, “Citizen Diplomacy” will examine the merits, methodology, and application of the concept of citizen diplomacy, exploring international dialogue from an alternative mindset.

Eric West is a junior at the Downingtown STEM Academy. In his free time, Eric loves to play hockey, and is very passionate about the environment. His talk will be focused on the idea that everyone has the capability to change the world around them more than they think. It is important that we realize this and utilize it to improve the world around this.

Julian Bradley is an entrepreneur, investor, speaker, peak performance life coach, and author. With passion and determination, Julian helps millennial's reach their maximal potential while designing a lifestyle of their dreams. He is the creator of the company called Success For Scholars which bridges the gap between traditional education and personal development. He teaches millennial’s the skills, habits and mindset that are necessary to each success that aren’t l taught in school. On the flip side, Julian also has a Real Estate investment company where he flips houses and holds on to houses for cash flow. Get connected and learn more about how he can be of help to YOU!

Juliet Lubwama is a senior at the Downingtown STEM Academy. She serves as a 2017 National Student Poet for the Northeast, along with four other high school students in different regions. Each poet hosts a community service project during their year of service, and Juliet hopes to introduce spoken and written poetry as tools for healing in local hospitals. Beyond high school, she hopes to go into medicine and publish a poetry chapbook.

Marcus Djuhadi is a senior at the Downingtown STEM Academy. He has been dancing for the past ten years, taking classes nearly every day at his studio Lionville School of Dance. Marcus trains in tap, jazz, contemporary, musical theater, and ballet in order to compete on Lionville’s dance team, placing on both a regional and national scale. When Marcus is not dancing, he loves to create art, photograph portraits, cook, and spend time with family & friends. He plans to pursue an industrial design major in college, although he will simultaneously stay connected with dance by choreographing and joining a company.

Mike Podlesney discovered his passion at the ripe old age of 30. The path of change carried him from dreams of being a rock star, to a promise to his beloved Nana that he'd be a priest, to changing his major 4 times in college, to a legal career in pharmaceutical litigation, and finally to teaching biology and environmental science at the Downingtown STEM Academy - where his phenomenal students make him feel like a rock star every day. In addition to teaching, his passions include his family and marathon running. Mr. P. will be discussing how he learned to stop being afraid and just embrace change and how it helped him uncover his passion.

Under A Rest A Cappella

Under A Rest A Cappella formed in the fall of 2014 as the first co-ed a cappella group on West Chester's campus. We consider ourselves the first group to dub the term "angstapella" and you'll frequently see us warming up with some chi ball. For the past two years, we've competed in the International Competition of Collegiate A Cappella, the ICCAs. Back in January of this year, UAR received second place at the Mid Atlantic Quarterfinals, best choreography and best arrangement. Recently, with the popularity of a cappella on the rise, Under A Rest decided to use some of its star power to help those in need. Last spring, we hosted an invitational for the non-profit, Rise Against Hunger and raised over a $1,000. This year, UAR is aiming to help two non-profits all while still having a bundle of fun! 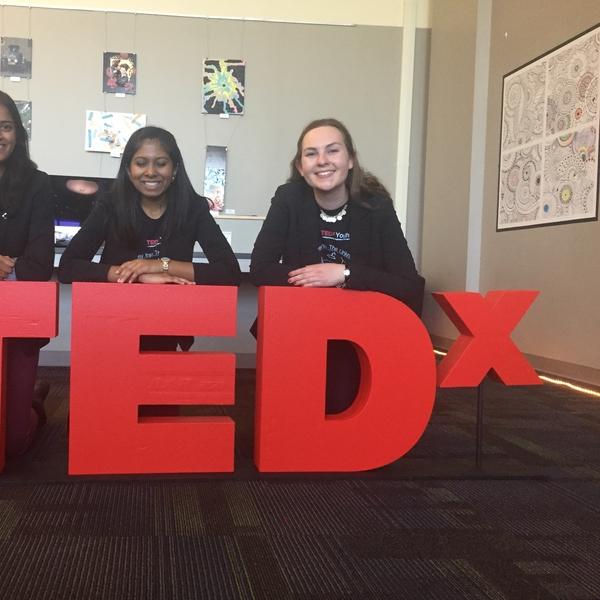 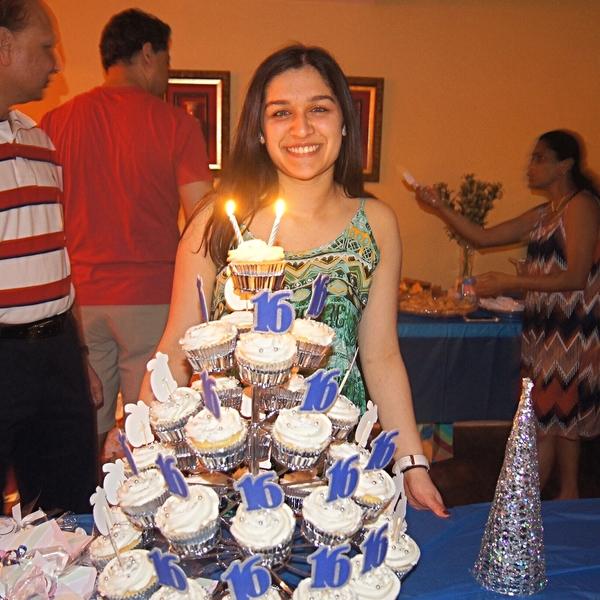